More than half of executives at mid-sized Canadian organizations feel they’re drowning in data, according to SAS Canada’s second annual information overload survey.

Last year, just under half reported being similarly stressed by data. The survey also indicates that the same amount of executives view data as the most underused resource in their company. As Canadian executives struggle with information overload, an finding the best way to optimize data may help ease the burden.

Imagine a stack of DVDs reaching from Earth, to the moon and back. That is how much data the world has amassed so far. Consultant firm IDC Inc. estimates that the digital universe will grow 44 times larger by 2020, meaning that same stack of DVDs will stretch half-way to Mars in just nine years.

Related Story: Five ways to subdue e-mail before it smothers you

But despite the exponential growth of the digital universe, information overload isn’t caused by the sheer amount of data requiring analysis.

According to Kathryn Brohman, a professor at the Queen’s University School of Business, mid-sized businesses generally have access to tools that can help them comb through data to find relevant information. As recently as a few years ago, this wasn’t the case. Companies that provided business analysis focused primarily on providing service to large organizations.

But that trend is changing. An increasing number of mid-sized organizations have access to on-demand software, which allows clients to take advantage business intelligence software hosted in the cloud.

“It gives them an entry into this world (of business analysis) without having to hire an army of analytics professionals,” says Dow.

But even with the proper tools for data analysis, many companies still lack the procedures to help them turn an incomprehensible mountain of data into a valuable nugget of knowledge.

“That I think is the challenge (of information overload), and that came through in the survey for me,” Brohman says.

Brohman says that a having an adequate procedure can be as simple as asking the right questions about data, and making sure employees have access to it when they need it.

Cameron Dow, vice president of marketing for SAS Canada and Latin America, says it is because of company culture that mid-sized organizations fail to implement adequate procedures for getting value out of their data.

“Organizations don’t necessarily view data as an asset, the same way they would their people, their staff, their inventory, equipment,” says Dow. “These are things that go on the balance sheet. Data does not.”

But when it comes to changing company culture, mid-sized organizations have an advantage over larger corporations, says Dow.

“A smaller organization tends to be flatter, there are less layers between the front-line employees and the executive suite,” he says. “So when change is in the air, it tends to happen a lot quicker.”

Small- to medium-sized businesses have an additional advantage when it comes to social networking, which can be a great benefit for companies that incorporate a social networking strategy into their day-to-day operations, says Brohman.

Sometimes business intelligence tools can only provide the obvious information, she adds. But by analyzing Tweets and blogs posts, executives gain the ability to understand the sentiment toward their brand, services and products.

One company that is using social networking to reduce the burden of information overload is Best Buy, which empowered their front-line employees through an employee-only social networking site called Blue Shirt Nation.

Blue Shirt Nation allows employees to buy and trade stock in Best Buy campaigns or new products the company is considering for sale. The most popular trends are highlighted, and instead of wading through a sea of stats, executives can use the information from Blue Shirt Nation to make decisions about products and marketing.

The idea behind Blue Shirt Nation is that front-line employees know better than executives what customers want. Allowing staff to vote on which products and campaigns they think will succeed reduces the burden on high-level decision makers.

With a growing universe of information, being able to leverage value from data is becoming increasingly important for small- to medium-sized businesses. 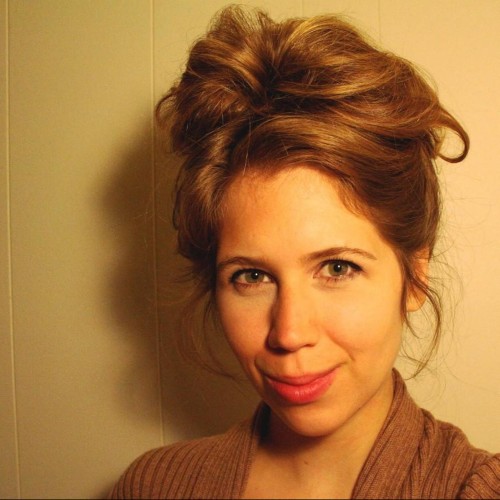