Creative Capital is IT World Canada’s series that examines the impact digital transformation is having to change the face of communities across Canada. We’re doing deep dives looking at the major tech hubs on the leading edge of the 21st-century knowledge economy. Our first five stories will focus on York Regions, exploring the densest ICT hub in Canada, its verticals, startups, and the factors contributing to its success.

Where is the real Silicon Valley of the North?

There could be a few different ways to answer that question, but the best metric might be the density of ICT companies. In California, those that have worked in the cities composing Silicon Valley speak of the powerful networking effect at work there. You can walk to the corner coffee shop and run into engineers from other firms, venture capitalists, and a CEO that’s on her second or third company.

Looking at Canada, there’s a few locations across the country that have a good density of ICT firms. What you’re seeing below is a score based on the number of firms divided by a thousand people (i.e. ICT hubs per capita). The area around Southwestern to central Ontario is particularly dense, with York Region offering the most firms per capita, alongside the other regions of the Greater Toronto Area and of course the megacity itself also putting up good numbers. 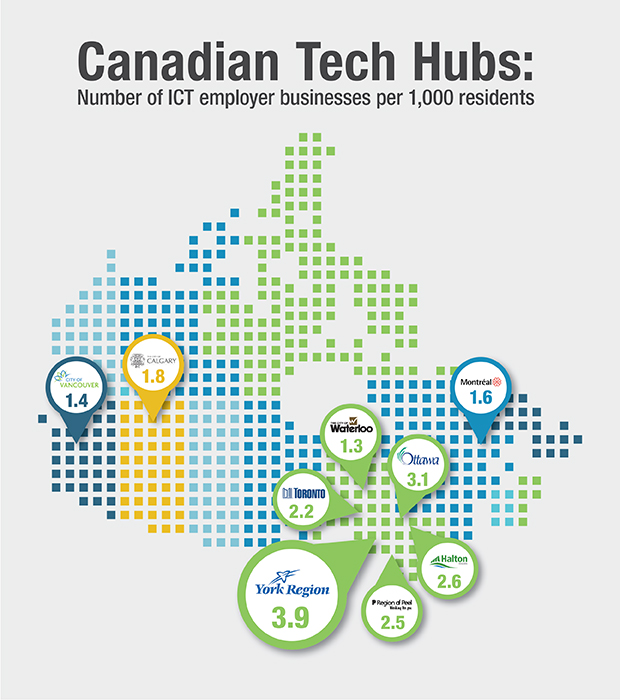