Inbound marketing: how to fix your leaky bucket

Entrepreneur and self-proclaimed “conversion optimization” junkie Peep Laja should know that inbound marketing is best driven by experiments. After all, even his name is an experiment, he tells the crowd at Toronto’s Mesh Marketing 2013 conference on Nov. 7.

His last name is pronounced with a silent “j” as in “Jaomir Jagr” and that’s what he tells people. But when he hands them his business card, they read his last name and always prounce it with the hard “j” as in “Jarome Iginla.”

BevyUp, a U.S. company serving online retailers by giving them insights on social media, has just added two fashion retailers to its roster of customers – Amrita Singh, a jewellery designer, and Vanessa

“People trust their eyes more than their ears,” says the face of ConversionXL.com. Then he gets to his real message of the day: “All the money you’re investing in SEO, SEM, content marketing is being wasted. You’re not investing in conversion optimization.”

Laja and his ConversionXL firm specialize in taking visitors to a website and converting them. Not to a religion, but to whatever it is your business is selling them – perhaps products via an e-commerce site, or a piece of research you’d like to educate them about. It’s what marketing experts refer to as the sales funnel – tracking users from the point of catching their attention at the wide-reaching mouth of the funnel on Google search, for example, and guiding them along all the way to your action goals.

The practice of conversion optimization is now a must, Laja says, because pay-per-click pricing has become saturated, making it expensive and hard to acquire additional website visitors. So it’s time to convert more of your visitors into buyers.

Laja demonstrates how to start thinking about conversion optimization with an example of what not to do on your Web site, targeting Nebraska-based Continuum Financial. 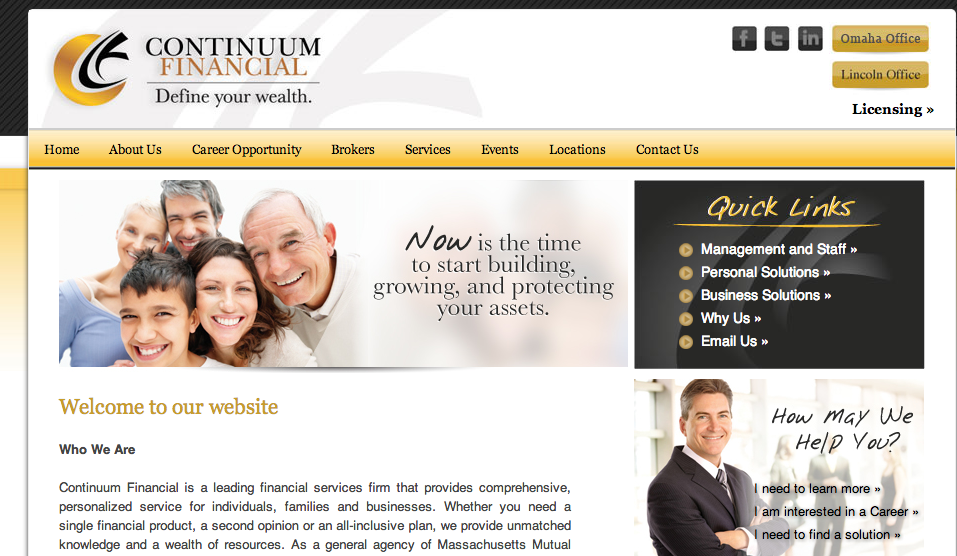 Instead, aim for a landing page that is more like mobile payment solution Square’s: 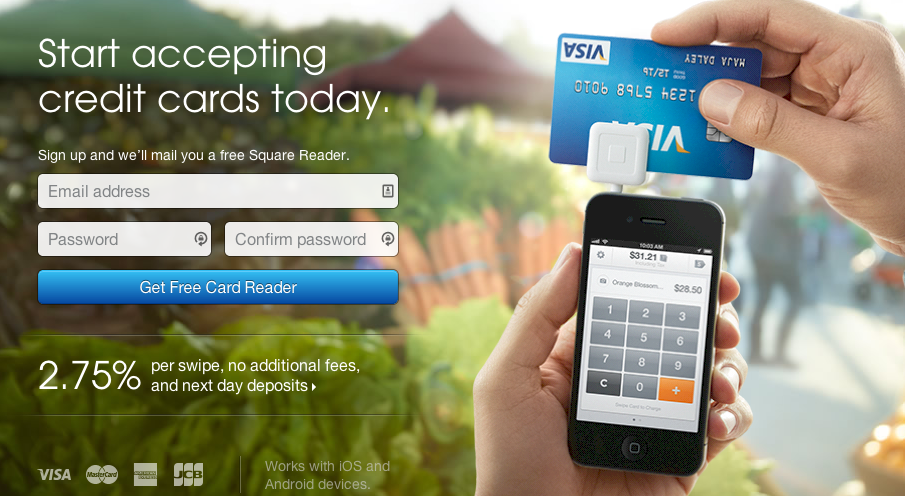 If your current Web site is more like Continuum Financial and less like Square, don’t feel like you have to schedule all the changes to take place at once, Laja says. The average company redesigns its site every five years, but that leads to a lot of lag time when its site is under-performing. In other words, just because your bucket is leaky, the answer isn’t necessarily replacing it with a whole new bucket – try putting a few patches in place first.

From planes to pizzas, social media is being used as a marketing and communications tool for just about everything now. Facebook, Twitter, Flickr, and the whole entourage of new Web 2.0 services that

“When was the last time Amazon had a revolutionary design of its site?,” he asks. “Never.”

Instead, do iterative changes of your Web site and treat each one as an experiment. Set up a test of different versions with user groups and look at what the data tells you about their effectiveness.

Are you converted yet?

Robots may replace managers in several industries, according to new study

Powering the connected store through technology