Two years ago iLobby was a shell of a company, today the Toronto startup is a global company with its visitor management systems and tools in nearly 50 countries boasting clients like Pepsi, Netflix, Canada Post, and Mazda.

Ariel Mashiyev has a few issues with startup culture.

“The way the media portrays entrepreneurs – it’s cool, it’s fast cars,” says the CEO of iLobby, a tech company focused on streamlining the entire visitor management process. And he suspects technology companies have bought into this image of hipness. “They focus so heavily on being cute and being a tech company that they forget they’re a business.”

And building a business is hard work.

“It’s continuous hard work and it’s continuous learning,” says Mashiyev, who knows all too well. The iLobby CEO took the reins of the ailing startup in 2017 after a chance meeting with its founder. The platform had originally been developed by global firm INKAS’ security wing as a front desk system for managing visitors. After INKAS sold its security unit, iLobby was going to be shuttered.

“It wasn’t going anywhere,” says Mashiyev. “So (the owner) said ‘why don’t you take it over and see what you can do with it.”

Mashiyev had to rewrite everything – from personnel straight through to the culture – and start from scratch. The result: a “white glove” visitor management system, fully customizable and unique to each and every client. “We’re basically the Rolls Royce of this industry.”

It’s a far cry from the juice bar (and later sushi/salad bars) he launched at 21 and rolled out through New York supermarkets to 26 locations while still in law school. “As a kid, I was always entrepreneurial, I always noticed inefficiencies,” says Mashiyev. He came to New York as an immigrant and considers entrepreneurialism a byproduct of his upbringing. “I was always buying and selling something.”

But Toronto, where he relocated in 2017, has proven a good place to settle his restlessness.

“Toronto has an amazing startup scene,” he says. “It’s similar to Silicon Valley and it attracts incredible talent from all over the world.”  That talent is critical for iLobby, which is adding about four employees a month. With operations in 40 languages, having a strong multilingual and multicultural startup community at your fingertips is key.

“You can operate out of Toronto but speak to a company in Japan, in Taiwan, in China – all the places where we have clients,” says Mashiyev. “In China, for example, they have such unique traits in how they do business, no one does it that way… it’s important for you not just to speak the language but understand how they operate and that’s a major advantage for us being in Toronto.”

This summer, iLobby will move into a new 10,000-square-foot space in Toronto, something Mashiyev considers a symbol of the success the company has seen over the past year and a half. But it’s the people that will fill that space that Mashiyev credits with the success.

“Being a great entrepreneur isn’t enough,” he says. “You need to create many entrepreneurs around you so they can be empowered to make decisions – I don’t believe in somebody who can say everything is them.” 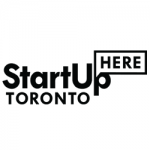