Huawei Technologies Co. announced on Monday that its own take on a Windows 10 hybrid PC is now available for pre-order and will go on sale in Canada July 11.

The MateBook is described as a two-in-one convertible tablet and runs on Microsoft’s latest operating system, Windows 10, which features an interface that’s friendly to use via a touchscreen interface, or with a mouse and keyboard. First showcased at Mobile World Congress in February, Huawei is marketing the device as a business tool that’s designed for portability and productivity, and also suitable for entertainment.

The detachable tablet and screen component measures 12 inches and supports Huawei’s MatePen stylus. The computer is powered by Intel Corp.’s sixth-generation Core M processor, with options up to 3.1 GHz. Other components include options for 4 GB or 8 GB or RAM, a SSD hard drive up to 512 GB, a USB type-C jack, dual WiFi, and Bluetooth 4.1. 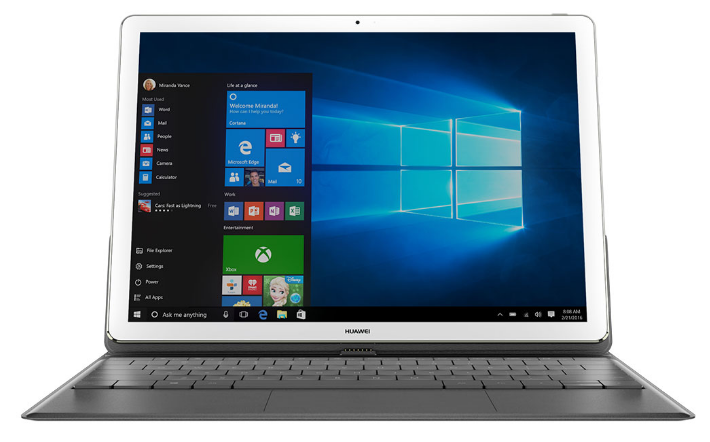 The screen supports up to a 2160 x 1440 resolution and a 160-degree viewing angle. Battery life is billed as lasting for up to nine hours of work, and a fingerprint sensor is available to unlock the device using Windows Hello.

Much like the Microsoft Surface, the MateBook is sold as a separate unit and the attachable keyboard, dock, and cover are bought as additional accessories. In Canada, MateBook’s price ranges from $909 to $1,559 depending on your model. The keyboard is $169, the MatePen $79, and the MateDock $109.

Canadians looking to pre-order the MateBook will be able to do so at a Microsoft Store location, or online at microsoftstore.ca. On July 11, the device will be on sale at Amazon and Newegg as well.

Our take – Is it worth my money?

The MateBook is priced lower than Microsoft’s Surface Pro 4 and its specs aren’t quite as premium, but very similar in many ways. The MateBook will likely appeal to buyers that are considering a hybrid PC, but suffer sticker shock when looking at the Surface Pro 4. 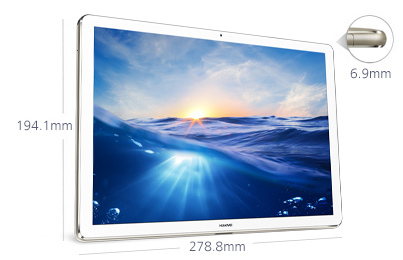 The unit that offers the best value may be the least expensive one. At an introductory price of $909, the MateBook undercuts the most-affordable Surface Pro 4 MSRP by $270 (though currently, Microsoft’s online store has a sale on, selling it for $999.) Both devices feature an Intel Core M3 chip, 4 GB of RAM, and 128 GB of storage – so you’re getting literally the same specs for less money with the MateBook here. The MateBook is even lighter than the Surface by 120 grams, though it’s screen resolution isn’t quite as high.

For more expensive models, it’s more difficult to know how the MateBook will stack up to the Surface Pro performance. The MateBook offers the Intel Core M5 while the Surface Pro offers the Core i5 or i7. According to Intel, the M5 processor should perform better than the older i5 chip in a hybrid PC for many functions. But previous benchmark results show the Core i series scores better than the M, which Intel designed to run at a cooler temperatures so it could be used in mobile devices without fans (like the MateBook).

We’ll wait for the benchmark results to guide us once this unit’s out on the market.