HTC Corp. unveiled its new flagship smartphone on Monday, not wasting any time at Mobile Word Congress in Barcelona to show off its new HTC One M9 device.

Those familiar with last year’s One M8 smartphone will have to look twice to try and spot the differences between it and this new device. Most of the significant changes come under the hood with an incremental bump on the specs for this smartphone. There’s a faster SnapDragon 810 CPU with 64-bit support, 3 GB of RAM, and a faster graphics processor in the Adreno 430.

While HTC’s PR material lays on thick the hyperbolic exaltations on the device’s design, calling it a “classic yet timeless celebration of beauty and elegance,” there is actually little to note about the phone’s design compared to last year. While the back has a slightly different shape and finish to it, the metal chassis is still there and the front of the device is made distinguishable from other Android smartphones by the grills for the front-facing speakers. 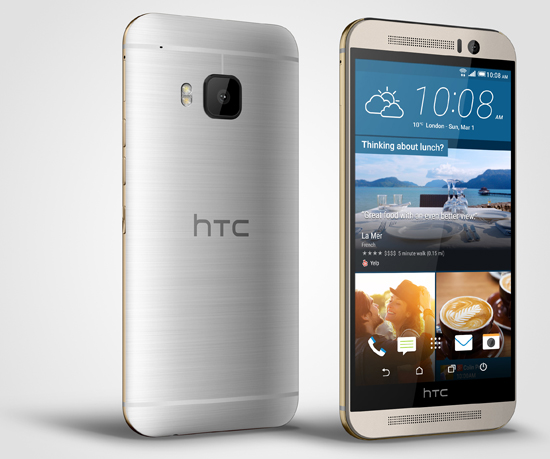 What did get a big upgrade is the camera. Gone is the Duo camera from last year’s M8 that allowed for gimmicky Photoshop-esque effects, and in its place is a camera that can capture 20 MP stills and 4K resolution video. The front camera is also upgraded to capture 4 MP stills, for those crucial higher-quality selfies.

From a productivity standpoint, HTC’s devices have always stood toe-to-toe with more popular smartphones in the market. Featured in our Top 10 smartphones of 2014, the One M8 performed well on benchmark tests. We were impressed with its loud front-facing speakers that made using speakerphone a real option on this device, and the long battery life that it offered.

HTC uses Android, but also modifies it with its own user interface, and the new device will come with HTC Sense 7 installed. Aside from how the icons look and some other design changes, the central feature of Sense 7 is BlinkFeed, an aggregation screen that collects relevant updates from your social networks, calendar, and news sites and serves them up to you in one place. HTC suggests you use it as your home screen, but if you prefer, you can just disable it entirely.

HTC says the M9 will be released for early Spring and will be available on carriers including Bell, Rogers, Telus, SaskTel, and Videotron. It didn’t make note of any pricing details just yet.