A device that will see if there’s any mobile ground left for Microsoft to stake its claim will start shipping in Canada by the end of the summer.

HP Inc.’s “three-in-one” device, the Elite x3, will begin its global rollout at the end of July and go on sale in Canada Aug. 28, according to the vendor. As seen in its debut at Mobile World Congress,  the device is the size of a large smartphone or “phablet” and transforms into larger form factors with different docks.

In its base form, the Elite x3 offers a 5.96-inch screen with a 1440 x 2560 resolution and runs the mobile version of Windows 10, which is supported by a Snapdragon 820 chipset with a dual-core CPU. It has all the bells and whistles you’d expect from a modern smartphone – a 16 megapixel rear camera and 8 MP front camera, 64 GB of internal storage with support for a microSD expansion, 4 GB of RAM, and a beefy 4,150 mAh battery. [See the full specs PDF here.] 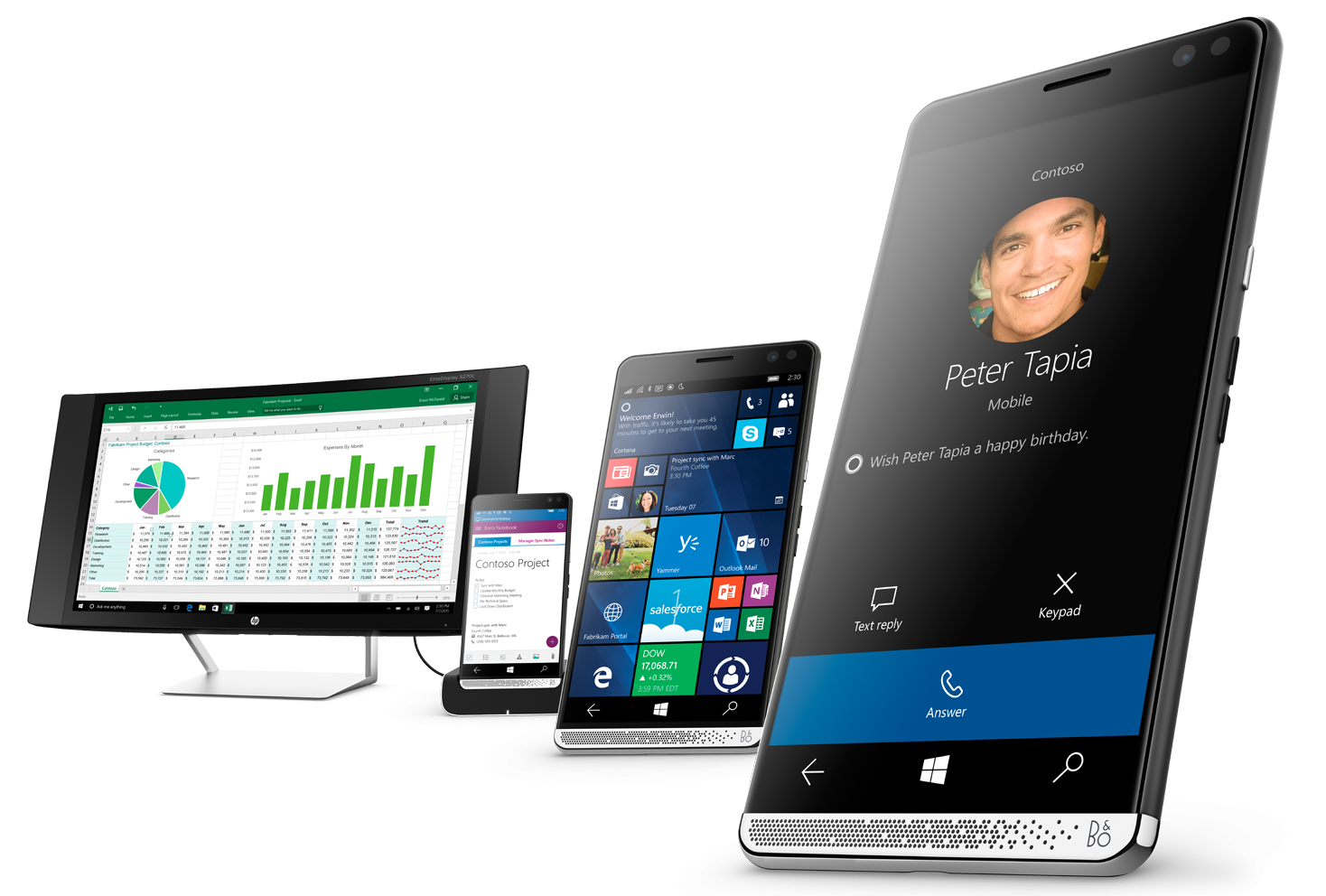 As a makeshift desktop, the smartphone won’t run the full desktop apps that a typical Windows 10 machine would, but it will run all the apps available in the Windows Store and support connectivity to larger-format displays, thanks to Windows 10’s Continuum feature. When using this feature, many apps – like Outlook – appear in a layout similar to their full desktop versions. A desk deck allows the phone to be connected with any monitor supporting DisplayPort input.

Finally, a lap dock provides a 12.5-inch laptop style display via a wireless connection with the phablet.

HP’s goal for the device is ambitious: It suggests that rather than using multiple devices throughout the day to get work done, workers could rely on just one device for all their needs. HP’s president and CEO Dion Weisler describes the company’s vision in a YouTube video.

“The Elite x3 is something far grander than a mobile phone or a tablet,” he says. “This is the next generation of computing, designed specifically for business.”

So far only American pricing is available for the device and its accessories. The Elite x3 base price starts at $699 USD. A bundle that includes the desk dock, a premium headset, and a lap dock will start at $799 USD. Sold separately, the desk dock is $129 USD.

Microsoft’s claim to the mobile landscape has been marginal since the days of Windows Mobile. An attempt to fire up a mobile hardware division by acquiring Nokia hasn’t gone well, with Microsoft announcing a $950 million USD writedown and layoffs of 1,850 in May.

HP’s strategy is all about going after B2B buyers, as the Elite x3 won’t even be available in retail stores. Instead, HP will be counting on its direct sales and partner channels to push out the device.

HP is also working to provide app virtualization to the device, which will be important to businesses using legacy apps that wouldn’t otherwise be able to run on Windows 10 mobile.