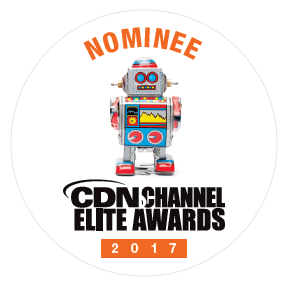 Like many towns of its size, the eastern Ontario waterfront community of Gananoque – population approximately 5100 year-round, considerably more during the summer – was facing aging IT systems, including a mission critical application that was about to lose support.

Enter Toronto-based CDN Channel Elite Award nominee Zycom Technology Inc., which developed and implemented a hyper-converged platform-based IT solution that not only digitally transformed the town, but saved it 30 per cent in IT management fees alone.

The result: Gananoque’s on-premise IT infrastructure can now integrate with the cloud, improving the performance of its Vadim application software and accelerating its database management.

Related : Do you have an interesting solution? Nominate it for a Channel Elite Award today!

And because Zycom’s hyper-converged platform was less expensive than traditional tier-3 virtual server architecture, the town was able to apply its remaining IT budget to other services, such as improving security and networking. With this new service offering the Town enjoys interruption free hypervisor and HCI platform upgrades with improved support.

Zycom also improved the Town’s security with a managed WatchGuard perimeter solution while upgrading the WAN bandwidth, replaced its existing network switching infrastructure with HPE, and replaced its previous Wi-Fi services with Ruckus to improve user experience at Gananoque’s marina and other public facilities.

Naturally, the company continues to provide full IT management to support the new infrastructure and help services, which can now focus on real-time monitoring, management, problem resolution, and preventative maintenance.

Gananoque’s contract with Zycom gives it the expertise and capability needed to maintain its infrastructure at a fraction of the cost of hiring internal resources.