How to turn a million tweets into a million bucks

“If I had a million dollars …”

That’s a dream many of us share with Barenaked Ladies.

But wait a minute, social media experts say. If your cause is altruistic – and you passionately believe in it – raising a million bucks may not be that far-fetched a goal.

Of course, some online media savvy and familiarity with the fund-raising potential of tools such as Twitter will take you a long way.

… As will emulating the best-practices of people who’ve accomplished the same task successfully.

Two such individuals shared their strategies with a captive audience at Social Media Week recently.

One of them was Jordan Banks.

Currently managing partner at Thunder Road Capital, a Toronto-based advisory and investment services firm, Banks was formerly managing director of eBay Canada, where he was responsible for building the eBay brand and community of users in Canada.

Smart audience engagement through social media — learning from the pros

Blog: Why you need to delve into social media now

In his personal life, Banks has an overriding passion: to make people, especially youngsters, aware of the horrors of Alzheimer’s — and to contribute to its eradication by raising funds for research.

This obsession stemmed from seeing three beloved grandparents waste away and die of Alzheimer’s.

It fired him up with a desire to battle the disease.

To that end, in 1999 Banks organized a grass roots event — dubbed Sportsfest – with a bunch of friends. 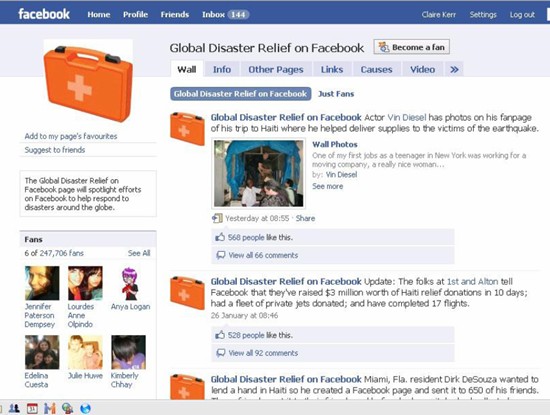 Within a decade, the project raised more than a million dollars for Alzheimer’s research and care, simultaneously fuelling a great deal of conversation around the disease.

How was this feat accomplished?

The term “social media” wasn’t even coined when Sportsfest got off the ground, but Banks and his friends used basic online tools to spread the word and garner support.

Their online fund-raising strategy was rudimentary, even crude: an e-mail blast to contacts  asking them to come to an event, and pay an entry fee that would go to funding the treatment of Alzheimer’s.

If a contact couldn’t make it to the event, they were given other options – donating to a silent auction, or writing a cheque that would be forwarded to the institution being supported.

“It was then that we thought of online peer-to-peer (P2P) fund raising. The idea was to use the Web to get those 200 folk who strongly believed in the cause to be evangelists on our behalf.”

By the time Sportsfest ran its course and was wound down last year, it had raised a whopping $1.1 million — all with basic P2P techniques.

Then in 2006, Twitter appeared on the scene and online communications was transformed radically.

Of course, for nearly a year Twitter functioned as a light-weight tool youngsters used to keep in touch with their friends’ circle. Few realized its potential to rapidly spread awareness about a cause, and virtually no one even thought of using it to raise funds.

Banks was one of the few exceptions. 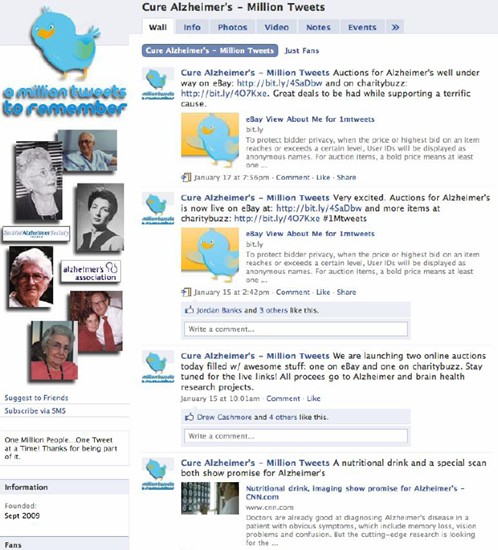 In late 2008 he created “A Million Tweets to Remember” – incorporating the Twitter widget into an interactive Web site that got the word out about Alzheimer’s.

The goal of the movement, launched September 21 last year, was to generate one million Twitter posts supporting Alzheimer’s research or commemorating a loved one suffering from the disease.
“I knew if we did this on Twitter, not only would costs be low, but we would be reaching out to a younger, technologically savvy generation – the very people we desperately wanted to connect with.”

Apart from stimulating a global conversation about Alzheimer’s – people from 74 countries participated in A Million Tweets – the project also helped raise even more funds for research and treatment.

It was perhaps fortuitous that around that time an anonymous donor contributed $50,000 to match every dollar donated through A Million Tweets.

“We created YouTube videos showing scientists talking about Alzheimer’s research community. My mum and aunt shared what it was to have a parent with Alzheimer’s. I talked about how 1 Million Tweets came to be and what we were hoping to accomplish.”

Traffic to these videos hit the roof and gave impetus to the buzz … and the donations.

Getting involved was simplicity itself.

“If you had a Twitter handle you could come and memorialize a loved one,” Banks said.  “We also provided an opportunity for someone to create a virtual shrine, where they could upload photos and videos honouring a loved one who had died from Alzheimer’s.”

The project was an educational experience for Banks personally.

And interestingly enough, his most valuable insights came from his failures.

Banks shared some of his top learnings with the Social Media Week audience.

People expect to be kept in the loop about things happening in real time. If you don’t feed them that on an hourly basis – especially on Twitter – you become old news very quickly.

Banks said in the early days of ‘A Million Tweets’ he spent great gobs of time trying to build a perfect site. “But we found out very quickly that only 15 per cent of the people who engaged in this movement ever touched our site. So the old adage that: if you build it they will come, just isn’t true. You’ve got to go where people are — on Twitter, Facebook, on their PC, mobile … anywhere.”

Banks’ audacious goal was to get everybody who tweeted to make a $1 dollar donation. “We figured this way we could raise $1 million very quickly. How wrong we were.” Generating mass awareness on a channel like Twitter is a tall order, he said, except if you have folk with a massive following backing you. “If I could roll back the clock I’d try to identify Twitter celebrities touched by this disease and get them to be advocates for us.”

Thorough research is a pre-requisite for successful online fund raising, said Banks. He recalled how he neglected this at first, and the fallout wasn’t great. “I was so in the weeds. I didn’t figure out basic things like: what’s the overall Twitter population; what percentage of them are Alzheimer’s sufferers, and so on.”

Documenting failures, and successes, in the way Banks has done is crucial to effective online fund raising, said another panellist.

Misty Meeks, online communications manager at Toronto-based World Society for the Protection of Animals (WSPA) has done the same with the projects she’s spearheaded. 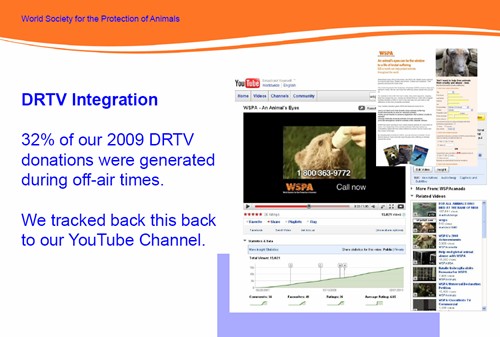 The Magic of Integration

“By doing this I could start an internal appeal for the use of social media, gain the support of our senior management team, and could hire an assistant.”

It’s also had a tremendous impact on WSPA projects on the ground – encouraging supporters to self-organize and lend a hand with specific initiatives.

This happened during the Haiti relief efforts when the WSPA was involved in helping animals in the earthquake-ravaged region, Meeks recalled. “Since the efforts launched, there were around 600 tweets that mentioned us and we reached more than 250,000 unique readers through Twitter.”

More than 50 per cent of the donations WSPA received for Haiti relief were from new donors.

Meeks attributes this to the use of social media tools, rather than just e-mail fund raising that focused on existing supporters

Meeks keeps people across her organization constantly in the loop about social media successes – and it’s paying off in spades.

For instance, she cited how her Facebook post about the rescue of a bear cub by a WSPA program officer produced a tremendous spike in Web site traffic.

“It was one of our most popular social media stories. I fed that information back to the program officer — whom I had never really talked with previously.”

The officer is incorporating that information into his strategy. “He now knows what kind of information our supporters in the field would want to hear about.”

She also recommends integration between communication channels, a task that “isn’t as complex or costly as it seems.”

Sometimes all it involves is a re-use and repurposing of digital media assets, Meeks said.

“For instance, we took our DRTV ad, which we had only run on TV and posted it on our YouTube channel.” The video, she said, garnered 15,000 views. “Last year that represented about 30 per cent of our DRTV ad revenue.”