How one Canadian media giant is embracing the startup model

The paywalls have gone up.

First at Postmedia, publisher of newspapers such as the National Post,Montreal Gazette and the Ottawa Citizen. Then at the Globe and Mail andmost recently at the Toronto Star. Canada’s big three of the printednews media have all followed the lead of global industry giant the NewYork Times in putting up paywalls. When it comes to online editorialcontent at the three largest news publications in this country, thefree lunch is pretty much over.

It’s obvious something had to be done to staunch the revenue bleeding. 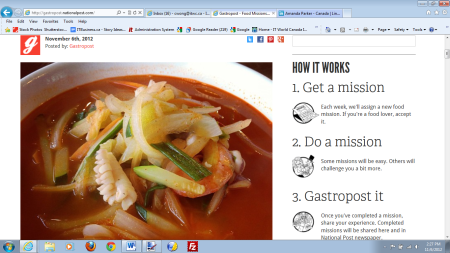 So some media companies, including the aforementioned three in Canada,are coping by charging for access to digital versions of their printcontent. Others, like ITBusiness.ca’s parent company IT World Canadaand veteran U.S. publication Newsweek, have decided to scrap printeditions and publish online editions only.

But some media companies are looking to the startup world forinspiration. Simply put, they are harnessing the power of the samestartup world which has largely been responsible for disrupting theirtraditional revenue model over the past decade.

The approaches vary. Some large media companies hire the startupknow-how: NBCUniversal Media LLC, for example, has paid Vancouver-basedstartup BroadbandTV to police YouTube and other sites for unauthorizedredistribution of its movies and TV shows. Other media firms buy thestartup outright: last year CNN paid an undisclosed amount to acquireZite, a Vancouver-based startup whose software creates personalizednews content for tablet users based on their interests and social mediafeeds.

Startup contests, incubators
Other media outlets are embracing the startup mentality by integratingthem more deeply into their own operations. The Irish Times newspaperheld a contest earlier this year giving five startups eight weeks toshow how their technologies could improve reader experiences andgenerate revenue for the paper and win a prize of 50,000 Irish poundsin the process.

Here in Canada, Postmedia is taking a hybrid approach. In May, nearlysix months before installing paywalls, the company launched PostmediaLabs, an experiment in disrupting its own audience engagement andbusiness model using an approach borrowed from the startup world.

“Sort of think of it as a business unit dedicated toexperimenting with some new ways of engaging with new audiences,” saysChris Tindal, director of project development at Postmedia Labs inToronto.

Originally launched as National Post Labs, Postmedia Labs now has a new name and one startup project operating under its wing. Called Gastropost, it gives foodies in Toronto (just that city for now) a mission to complete each week. Samples: eat or drink something you’ve never tried before, eat some sort of food on a stick, make your favourite recipe that calls for tomatoes. Then participants share photos and comments about how they tackled that week’s challenge. Some of the postings are featured in a two-page spread in Saturday’s National Post.

The idea, Tindal says, is to create a community of experts, in thiscase food afficionados in Toronto. When I interviewed him at the end ofSeptember (before the paywalls were announced), he said Gastropost hadmore than 1,000 members, about half of whom had joined up within theprevious two weeks alone. When asked about how this will generate newrevenue for Postmedia, Tindal says the focus right now is on creating acommunity, not cash. 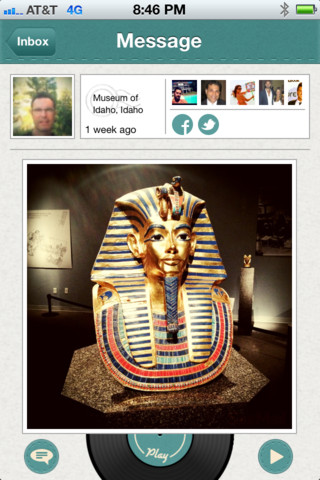 Screenshot of Seemail’s iOS app,which allows audio files to be attached to photos shared on socialmedia.

“There isn’t revenue attached to it right now but we’ve got a lot ofpromising ideas for how we can generate revenue,” Tindal says,remaining a bit elusive, just like many startup founders would.

A similar startup project called CapitalIdeas is going on at Postmedianewspaper the Edmonton Journal. The goal is to build an onlinecommunity of entrepreneurs and aspiring entrepreneurs in Edmonton sothey can share tips and advice. As with Gastropost, there’s a weeklyquestion for members to tackle (one was “What is my brand and what do Ido with it?”) and the best contributions are published in the Journal’sbusiness section each week. An in-person event held Aug. 29 sold outand as of early September more than 400 people had signed up to bemembers of this online community.

Rather than buying a startup company or investing directly in startupfirms, Postmedia is dedicating resources to two experiments in mediaengagement in the hope that new revenues can eventually be generatedaround them. The centerpiece to the approach, Tindal says, is to modelthese experiments after startups. That means using the latest analyticstools to measure audience engagement, constantly crunching thosenumbers to come up with ways of increasing engagement, being willing topivot quickly when stuff’s not working, and keeping it lean  –although Gastropost and Capital Ideas tap into existing resources atthe Post and the Journal, there are just three full-time staff devotedsolely to Postmedia Labs and Capital Ideas.

Related Story | How to beat the New York Times paywall

“In general, across multiple industries there’s an acknowledgement thatexisting companies need to innovate,” Tindal says. “I think they’restruggling with how to nurture disruptive innovation within their ownorganizations. There’s probably an understanding that something needsto be done but not yet a very clear understanding of what thatsomething is. That’s why I’m encouraged by the creation of PostmediaLabs and taking this approach. It’s a really promising statement thatwe’re gonna learn (startup practices) and apply them to both our newventures as well as our existing product.”

Although Postmedia has put up paywalls at some of its papers (the Post,Montreal Gazette, Ottawa Citizen, Vancouver Sun and VancouverProvince), it’s also trying to create unique new communities withGastropost and Capital Ideas, an approach that may prove more effectivein the long run than just charging readers access to existing digitalcontent, says Amanda Parker, founder of Aha Moment Media Inc.

“This whole content thing on the Internet is very important and a lotof people aren’t able to navigate it or figure out where their niche isinstead of providing something unique that viewers or readers want toget a hold of,” says Parker.

Parker knows whereof she speaks. She founded a campus newspaper calledThe Commerce Times at Toronto’s Ryerson University which expandednationally via Canadian University Press in 2008, inked a deal to sellsome of its content to big media outlets like the Post and the Globe,and then went to an online-only format before folding in January 2012.

“I was able to see everything, to experience the life cycle of print(content evolution) in a very short period of time,” Parker says.

Paywalls as a survival play
Having taken a publication from print to digital-only herself, she nowprovides digital marketing and strategy consulting for tech-basedstartups and small businesses through Aha, a startup incubating atRyerson’s Digital Media Zone. She’s not optimistic about paywalls.

“(If) I can only read the first paragraph and then (have to) pay forthe rest, I’m probably just gonna Google it and see if I can find itsomewhere else,” Parker says. “I don’t think paywalls on eachindividual publisher’s site are going to survive.”

Parker says the media companies most likely to survive are those whichprovide two things: unique digital content (especially blogs and otheropinion pieces) that can’t be found anywhere else and aggregation orcuration that helps the audience sort through the barrage of onlineofferings in a unique way that adds value for busy readers and viewers.

As Zite proved, there’s still an opportunity out there forCanadian-foundedstartups who are putting a totally fresh spin on all that contentcrowding the Web. Seemail, founded by Canmore,Alberta native WardChandler but now based out of Arizona, is vying to carve out that kindofniche for itself. Its iOS app lets users add voice or sound files tothe photos they share with each other directly or on social media.

“We think it definitely is an evolution and even a revolution in theway people consider photo sharing. Adding voice is a big leap and doesbring the experience to a new level by adding the emotion of the humanexperience to sharing photos,” Chandler says.

The buzz around Seemail has been building, with a recent profile inFast Company billing the startup as the next Instagram. A fewentertainment types have started using Seemail, including Canadianactor Noel Fisher who’s tweeting behind-the-scenes photos and soundclips from the set of his latest Twilight movie shoot. And Chandlersays a U.S. men’s magazine is interested in using Seemail to provide“supplemental content” to its subscribers. Chandler envisions Seemailbeing used by traditional media and entertainment firms to marketmovies, TV shows and music on social media by attaching short soundclips to the images promoting them.

“Fans can communicate back or ask questions. There’s a dialogue there,”says Chandler, who still lives part-time in Canmore.

No multimedia giant has offered to buy Seemail or invest in the companyyet. No Instagram instant billionaire moment has materialized forChandler. Like Tindal, however, he does sense a seismic shift in thetraditional media industry towards acceptance of disruptive newtechnologies.

“The entertainment industry is a big ship that’s been sailing along onits merry way in the same direction,” Chandler says. “It’s toughsometimes to get them to look at new things. But we’ve had a goodreception from entertainment and music and the different areas. Theyrecognize the importance of social media. There’s no denying that now.They need to figure out a way to do it better.”

Where we once saw the world’s biggest music labels literally litigateNapster to death, we now see CNN acquire Zite and Postmedia set up twostartup ventures. If you can’t beat the disrupters, you might as buy(or buy into) them.

Christine Wonghttp://www.itbusiness.ca
Christine Wong has been an on-air reporter for a national daily show on Rogers TV and at High Tech TV, a weekly news magazine on CTV's Ottawa affiliate. She was also an associate producer at Report On Business Television (now called BNN) and CBC's The Hour With George Stroumboulopoulos. As an associate producer at Slice TV, she helped launch two national daily talk shows, The Mom Show and Three Takes. Recently, she was a Staff Writer at ITBusiness.ca and is now a freelance contributor.
Previous articleAppclick Canada opens doors to new cloud apps store
Next articleCanadian Mentorship Challenge to kick off Global Entrepreneurship Week