How Kabbage knows if it can lend you $100,000 in just seven minutes 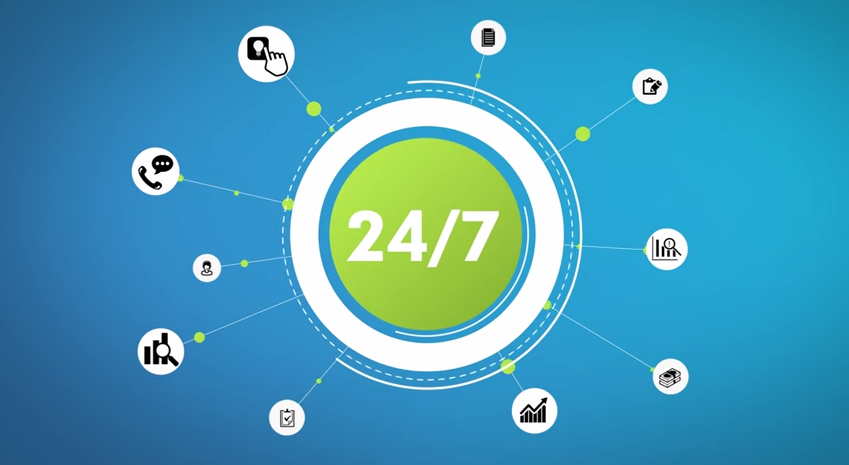 If you’re running a small business and are in need of capital, spending as little as seven minutes of your time for up to $100,000 credit sounds like a pretty good value proposition. That’s what Kabbage promises, and now it’s available in Canada.

A partnership with Scotiabank will give access to the loans platform founded in 2009 to the bank’s customers in Canada and Mexico. The loans in Canada are for a six-month term and work as a line of credit, and can be for as little as $1,000. Even though Scotiabank describes Kabbage as a financial technology startup that’s disruptive to the loans business, it’s supported the firm since last year, when it invested in Kabbage through the ScotiaBank Digital Factory.

That’s because Kabbage can help the big bank service a market segment that it hasn’t targeted traditionally, explains Kathryn Petralia, founder of Kabbage and its head of operations. The startup’s business model is to licence its technology to financial institutions worldwide – Scotiabank is the first in Canada, and the third international partner. For businesses making less than $200,000 annually, it’s just not cost-effective for banks to make loans. But Kabbage automates the loan-scoring and approval process effectively enough to make it worthwhile.

“We’re good at going out and getting lots of data from many different places and staying connected to that information and providing a unique type of lending product,” she says. “We’re able to serve customers that would normally be unserved by banks.”

How Kabbage has been able to evaluate a mass number of loan applications and determine fair rates for those approved has changed since it first started operating to serve the eBay sellers market in 2009. At first, it was licencing a rules model to process the data from another third-party provider. But when it began struggling to make instant decisions and lacked a variety of financial models, Petralia knew she had to fix the problem.

First, she tried to build an in-house rules engine.

“I made the mistake of assuming we could do it,” she says. “We couldn’t execute on that and we needed more support.”

Looking back on the experience, Petralia compares trying to build a new rules and decision-making software to trying to build a custom CRM for her company. She uses Salesforce.com for her CRM rather than trying to focus time and energy on something that’s not a core competency, and for the rules engine, she turned to FICO.

“I’m not in the business of operating a general ledger,” she says. “It’s not my expertise.”

Inventor of credit-scoring now wants to cater to FinTech startups

After hiring external consultants to evaluate options and going through an RFP process, Kabbage settled on the San Jose, Calif.-based firm that’s best known for creating the industry-standard score for evaluating consumer credit risk in the U.S. Namely, it adopted FICO’s Origination Manager Decision Module for the task.

That’s no surprise to Tim VanTassel, vice-president and general manager of FICO’s credit risk lifecycle line of business. He says that supporting alternative lending services like Kabbage is now part of of FICO’s business strategy.

“Alternative lending businesses are focused on providing higher service levels and it’s a growth area,” he says. “We’re building our service sets around the things they are looking for.”

FICO’s module crunches the data that Kabbage pulls in and applies the rules to it so loans can be automated, he explains. Since in the loans business, you expect that some segment of the loans will go bad, you charge enough interest to cover that loss. But the real trick is in determining the appropriate amount to both cover that loss while keeping your products priced to sell.

A typical Kabbage loan transaction could call on 30 different data sources and up to 50 different models to score that data at any different time. So at least one aspect of FICO’s software that helps ensure the best model is being used is a Champion-Challenger process.

This predictive analytics algorithm will compare different models against a historical data set to determine which model is most effective. By doing this, VanTassel says that Kabbage can hone its understanding of specific markets over time.

“You have a point of view going into that market that will describe that group and how they’re willing to operate,” he says. “As they become more informed, there’s a challenger strategy that shows how to improve upon it.”

Petralia says the software also allows her team to test the deployment of models. That makes it easy for an analyst to try a model on a smaller portion of loan applications, and if it proves a good change, bump it up to cover a wider swath.

Models impact on the customer experience too, she says, not just behind the scenes number crunching. For example, a model can predict that a customer doesn’t have enough money to cover their next scheduled payment. Then Kabbage can retrieve a smaller amount from that customer’s bank account that will be approved by the bank, and avoid overdraft fees for the customer.

If she had to function without FICO, she could turn to competitors such as IBM for a rules engine, she says. But she’s content with her vendor.

Plus, it’s possible even more Canadians will be applying for loans in seven minutes in the near future – Petralia says she’s in talks with a couple of other financial institutions about working together.

Brian Jacksonhttp://www.itbusiness.ca
Editorial director of IT World Canada. Covering technology as it applies to business users. Multiple COPA award winner and now judge. Paddles a canoe as much as possible.
Previous article
Andre De Grasse gets a shoutout from Degrassi
Next article
Pokémon Go just the tip of $162 billion AR/VR trend: IDC