How Facebook fugitive lost his 15 minutes of fame … and freedom

Usually when convicts escape from prison, they go into hiding, maintain a low profile, and try to disappear from the public eye.

Others, like Craig “Lazie” Lynch, cannot resist the tug of fame and make public spectacles of themselves, flaunting their “brilliance” by taunting police. And then they get caught. 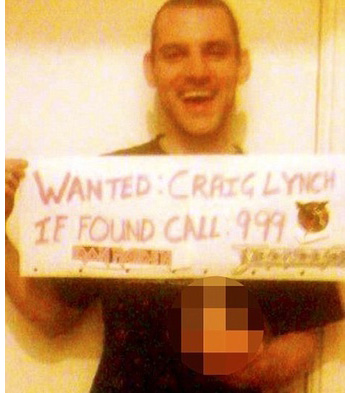 Lynch, 28, was serving a seven-year sentence for armed burglary at Hollesley Bay Prison, a minimum security clink in Suffolk, eastern England. Hollesley Bay is described as an “open” prison, and on September 23, Lynch literally walked out of the cushy establishment.

Related Story: Facebook hazards – and how you can avoid them 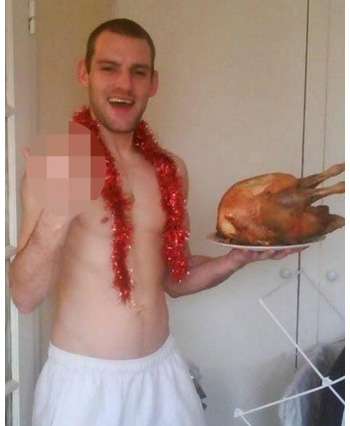 He quickly littered his Facebook page with pictures of him giving the one-finger salute to law enforcement, and, oddly, appearing bare-chested with a Christmas turkey. These brazen acts boosted Lynch’s fan base up to 40,000 fans, spawned t-shirts, fan Web sites, tribute songs, and quite possibly a knock on the door from TV execuitves for some kind of warped reality show.

But like everybody’s fifteen minutes, Lynch’s came to an end. Scotland Yard caught Lynch in southern England Tuesday night, and Lynch’s toothy grin melted into a wah-wah face.
Wait a minute, though — there may be a loophole in the system that could legally release Lynch.

According to The Escapist (irony alert!), “In July 2007 a U.K. court ruled that a prisoner who had failed to return from an unsupervised day pass from an open prison wasn’t an escaped prisoner because he had not actually escaped custody.” The Escapist recognizes that the “circumstances may be different and the law may have been changed since then,” but woes the possibility of their “go-boy” turning stupidity into a full-time job.