HootSuite, Wattpad, Wajam among entrepreneur of the year winners

This year’s winners of the Ernst & Young Canadian entrepreneur of the year awards include a strong showing by both startups and more established tech firms.

HootSuite founder Ryan Holmes was named media and entertainmententrepreneur of the year for the Pacific region. In the same categoryfor Ontario, co-winners were Ivan Yuen and Allen Lau of Toronto-basedWattpad.

In Ontario winners included Somen Mondal and Shaun Ricci of N4 SystemsInc. as emerging entrepreneurs, Jon Lerner and Derek Ting of EnflickInc. as young entrepreneurs, Jon Hantho of Maxxam Analytics in theservices division, and Dragon’sDen stalwart Robert Herjavec of TheHerjavec Group in the IT category. 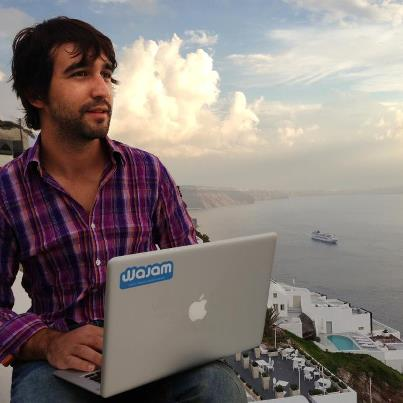 Among the Pacific region winners were Greg Blake and Andre Kroecher ofDaiya Foods Inc. as emerging entrepreneurs, Kenshi Arasaki, WilkinsChung and Eric Diep of A Thinking Ape Technologies in the IT divison,and Michael Fergusson of Ayogo Games Inc. who received a specialcitation as social entrepreneur of the year.

For the record, a young entrepreneur is defined by Ernst &Young as someone under age 30 while an emerging entrepreneur is someonewhose company is three to five years old. Complete winners’ lists canbe found here.

Christine Wonghttp://www.itbusiness.ca
Christine Wong has been an on-air reporter for a national daily show on Rogers TV and at High Tech TV, a weekly news magazine on CTV's Ottawa affiliate. She was also an associate producer at Report On Business Television (now called BNN) and CBC's The Hour With George Stroumboulopoulos. As an associate producer at Slice TV, she helped launch two national daily talk shows, The Mom Show and Three Takes. Recently, she was a Staff Writer at ITBusiness.ca and is now a freelance contributor.
Previous articleGoogle unveils Nexus 4 smartphone and Nexus 10 tablet
Next articleStartup Canada adds tech and VC giants to new leadership team

Nominees named for Ontario entrepreneur of the year