Eurocom, an Ottawa-based PC vendor, has announced that it is adding one of the world’s fastest notebook graphics cards, the AMD Radeon HD 8970M in CrossFireX, to its Panther series of high performance, custom built laptops.

“The Eurocom Panther was already the most powerful laptop in the world and is now even more powerful with the introduction of dual AMD Radeon HD 8970M graphics processors to accompany the Intel Core i7-3970X processor, 32 GB of available memory and up to four storage drives” said Eurocom president Mark Bialic, in a statement.

While the powerful graphics card helps make the Panther a strong gaming system, it’s also a fit for small businesses looking for a powerful professional system for performing compute-intensive tasks, such as video editing, graphic design and data visualization. 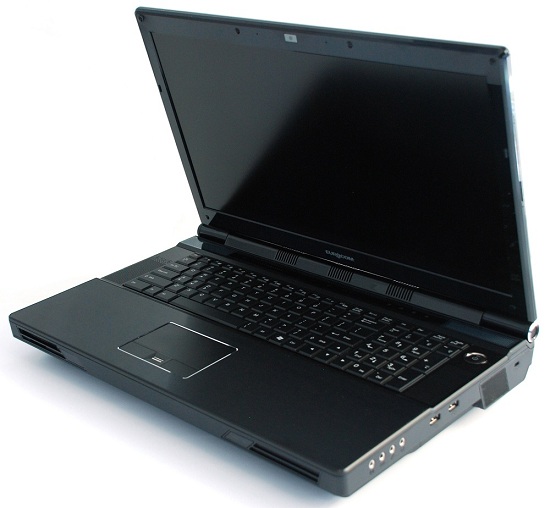 The Panther 4.0 is based on Sandy Bridge-E X79 Express chipset and supports a complete line of Intel LGA2011 desktop processors, consisting of Intel Core i7, Intel Core i7 Extreme and Xeon processors.  The three types of processors running up to 4.0 GHz, with 6 cores and 12 threads with the Intel Core i7-3970X or 3.80 GHz, with 8 cores and 16 threads with the Intel Xeon E5-2690, offer customers various levels of high performance computing capabilities.  The Intel X79 express chipset delivers maximum processing power and next generation high speed storage interface.

Using quad channel memory, the Panther is able to support 32 GB DDR3-1600 memory.  Support for four storage drives allows the Panther to have up to 4 TB of RAID 0/1/5/10 storage via Solid State, Hybrid or Hard Disk drives.

Lenovo adds new laptop-tablet hybrids to its Yoga line of devices at...