Research in Motion suffered another service outage on Friday, and itcame about a year after the first massive one.

When the dust had cleared around midday on Friday, RIM said about sixper cent of its customers in Europe and Africa saw delays of up tothree hours in sending emails or instant messages. It said no data ormessages had been lost, as noted in our source story from Computerworld. 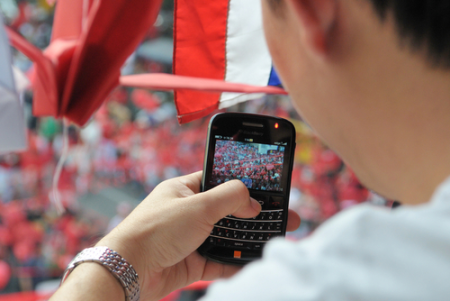 BlackBerry’s outage affected aboutsix per cent of its users in Europe and Africa. (Photo: Shutterstock)

CEO Thorsten Heins released a statement this morning apologizing forthe disruption and promised a full technical analysis of whattranspired. (As of this ITBusiness.ca posting, however, Heins had notissued any video statement reminiscent of those featuring ex-CEO MikeLazaridis last year following that disastrous service outage.)

The outage resurrected bad memories of the 2011 disruption, whichfocused even more negative attention on RIM. That outage was followedby another not too soon later – a repeat that RIM obviously doesn’twant to happen yet again this week.

RIM is poised to release its BlackBerry 10 OS in the new year.

Christine Wonghttp://www.itbusiness.ca
Christine Wong has been an on-air reporter for a national daily show on Rogers TV and at High Tech TV, a weekly news magazine on CTV's Ottawa affiliate. She was also an associate producer at Report On Business Television (now called BNN) and CBC's The Hour With George Stroumboulopoulos. As an associate producer at Slice TV, she helped launch two national daily talk shows, The Mom Show and Three Takes. Recently, she was a Staff Writer at ITBusiness.ca and is now a freelance contributor.
Previous article
10 provinces, 36 cities, 1,000s of ideas: Startup Canada tour nears end
Next article
More Canadian companies turning to online video for advertising