Every race, ceremony and moment of the 2010 Winter Games in Vancouver will be broadcast live into Canadian homes entirely in high definition (HD).

Panasonic executives say this is a first in Olympic Winter Games history, and it’s being made possible through technologies the electronics firm will be deploying at the venue.

During a media tour at the Canadian Film Centre in Toronto last week, journalists got to preview some of these systems.

From a tech standpoint, the pervasiveness of “full HD” is the big news at next year’s Winter Olympics. 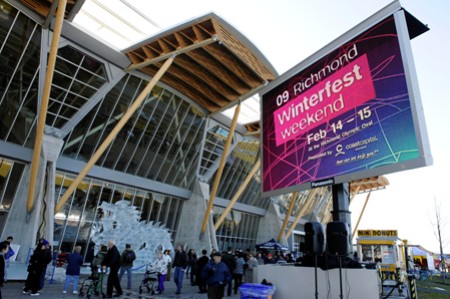 At the BC Place Stadium, where the Olympic opening ceremony is to be held, Panasonic will install three 243-sq metre LED large-screen displays Nakamizu said. “These [will be] 1.4 times bigger than the displays at the Torino opening ceremony.”

“Other LED large-screen display systems will be installed at 15 venues (23 screens in all) and professional audio systems at 17 venues.”

Lenovo goes for gold as Olympics IT supplier

Nakamizu then listed other equipment her company would be deploying:

She said a corporate pavilion would be set up at the David Lam Park for the opening ceremony.

On display there for the entire 17 days, will be Panasonic’s Full HD 3D Plasma Home Theatre System. Visitors, said Nakamizu, would enjoy a 3D immersion experience, as if they were part of the scene. 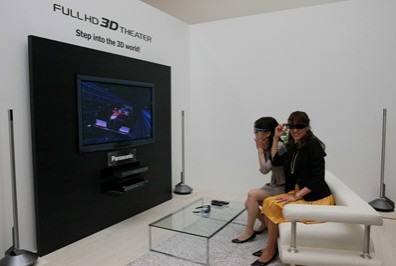 There’s also a lot of buzz around the Internet-based high-definition video conferencing system being set up by Panasonic in partnership with VANOC (the Vancouver Organizing Committee for the 2010 Olympic and Paralympic Winter Games).

A non-profit organization, VANOC is responsible for the planning, organizing, financing, and staging of the Games.

Media were offered a live demo of the technology, which enables people with a dedicated high-speed Internet connection to communicate via HD images.

During the demo, John Furlong, VANOC CEO (who was on location in Vancouver) used the videoconferencing system to interact with journalists at the Canadian Film Centre in Toronto.

Furlong said the online system would help VANOC better execute its business obligations. He noted that scores of meetings are held each morning of the Olympics to deal with day-to-day issues. “It will save the time, money and expense of traveling to and fro for meetings. We won’t have to put a lot of buses and other vehicles on the road to get people together.”

During the games, the system will connect the Olympic villages in Vancouver and Whistler. Most countries will have two delegations – one in each of these towns, Furlong noted. 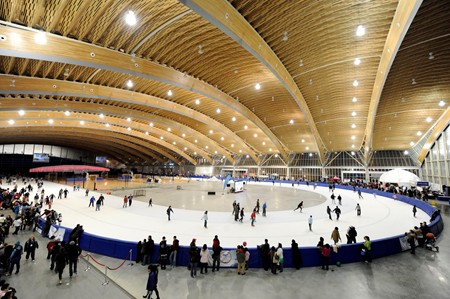 He said various groups within the two athletes’ villages will interact using the technology, and so avoid traveling back and forth between Whistler or Vancouver in buses.  Apart from boosting efficiency and lowering costs, he said, the environmental impact would be very positive.

Furlong said VANOC has already been using a version of the videoconferencing system in the run up to the Olympics to interact with International Olympic Committee (IOC) members in Europe.

When reporting out to the IOC executive board, VANOC uses this system, and so reduces travel costs and time.

“If we had to fly to Europe it would take a day to get there, we’d spend a day there, and then fly back on a separate day. That’s three days. This way it’s a five-minute walk to get in front of the screen, secure the full attention of your audience, and, when you’re done leave the room and get back to work.”

The system has other business benefits as well, Furlong said. “It’s more practical, less costly. When you’re assigned a time on someone’s agenda in another country, you start when you’re told and finish when you’re supposed to.”

While the hi-def video conferencing system is in its pre-production phase, Panasonic will be commercializing the technology for “mass distribution” sometime next year.

“It will become a real product that we will take to market in early 2010,” said Jim Brown, director of professional imaging and display solutions department at Panasonic.

Panasonic’s video conferencing system has been adopted in Europe, in the automobile and other industries, Brown told ITBusiness.ca.

“We’ve seen it used by Audi and Volkswagen — the manufacturing and the production lines talk to one another about issues on a real time basis.”
Because the images are high definition, he said, participants can zoom right to the circuit board level to identify a specific problem. 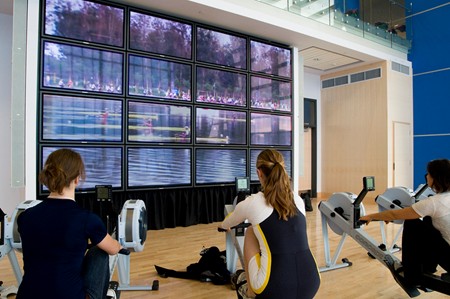 He said the system enables not just AV input, but PC input as well.”So if you’re running an application you want somebody at a distant location to have access to, it offers you that capability as well.”

“We say this based on input from scores of studios we’ve talked to. People are clamouring for the most immersive experience possible,” Tsuyuzaki said.

During the demo, media got to see snippets from James Cameron’s soon-to-be-released 3D film Avatar on a 103-inch 3D Panasonic high-definition panel.

The disc was played on a modified Blu-Ray player and the video displayed on the panel.

Tsuyuzaki explained the technology behind the 3D effect. He said in home theatres the images would typically be created by distributing full HD visuals to the viewer’s left and the right eyes.

The TV screen displays the two images alternating one right after the other. The special LCD glasses block the view of one eye and then the other in rapid succession. “Your brain does the work to produce a 3D image.”

Why does soccer hate video replay? – Tech in Sports Ep. 28