A grocery store in Perth, Ont. is going beyond offering just the meat and potatoes for its customers, saying wireless access has become as important to its customers as fresh produce and poultry.

Barnabe’s Independent Grocer has tapped Storm Internet Services to help it offer free Wi-Fi to its customers in store, and even in the parking lot if they have a few emails to check once they’re finished their shopping.

Owner Matthew Barnabe notes the store is located in a sparsely populated area between Perth and Peterborough where cellular coverage is spotty. They also get a lot of cottage country traffic in the summer, leading to a lot of shoppers suffering from Internet withdrawal and looking to connect to the web with their smartphones and tablets.

“There’s no cell signal in many parts of our region, yet a huge percentage of our summer visitors are in the habit of using the Internet before they get out of bed,” says Barnabe. “So when those people go to one of the many remote lakes or resorts in our area, they tell me it takes two days tops before they start to go insane for lack of some kind of Internet connection.”

Offering free Wi-Fi in store helps to make the grocery store a community hub, and Barnabe said he sees it as just another service they offer, such as dry-cleaning or BBQ tank services – although it’s a free service. But it’s one that makes the store a destination.

Barnabe turned to Ottawa-based Storm Internet Services, which for a start-up cost of $3,000 had two technicians work through the night to install and test four Wi-Fi access points and a modem that provide coverage throughout the store. 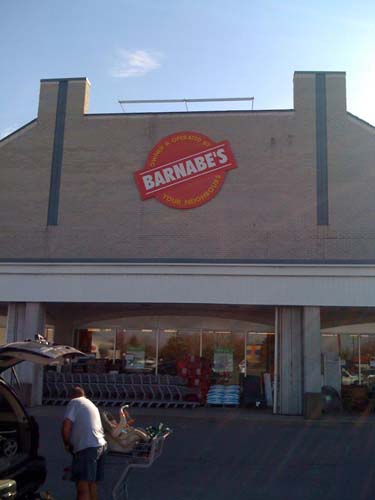 “While we offer more traditional wired DSL and Fibre services to residential and business customers across the Ottawa Valley, we’ve been developing our wireless expertise since the late 90s to serve rural Internet demand,” said Storm CEO Dave Chiswell. “We’re now at a Wi-Fi tipping point. Inquiries for large-scale wireless deployments have quadrupled over the past year, and big box retail is the next frontier. What’s become an expected service at coffee shops and fast food outlets is now a consumer expectation everywhere people shop.”

The Wi-Fi is public, with no bandwidth or password restrictions. Barnabe said he has seen children streaming movies on iPod touch devices while their parents shop.

“Whenever I go to a big box store in the Ottawa Valley I check to see if they’ve got Wi-Fi yet, and I can honestly say we’re one of, if not the first to do it. I’m proud of that, because I know our customers see it as a valuable service,” said Barnabe.

Jeff Jedras
Jeff Jedras is a technology journalist with IT World Canada and a member of the IT Business team. He began his career in technology journalism in the late 1990s, covering the Ottawa technology sector for Silicon Valley North and the Ottawa Business Journal. He later covered the technology scene in Vancouver before joining IT World Canada in Toronto in 2005, covering enterprise IT for ComputerWorld Canada and the channel for Computer Dealer News. His writing has also appeared in the Vancouver Sun & the Ottawa Citizen.
Previous article
Guardly releases locating technology accurate to the room number
Next article
Urgency without disruption – app solves problem for event planning