With Microsoft Corp. launching two new Surface tablets in the last week or so, it’s easy to get confused with the difference between the Surface 2 and the Surface Pro 2. However, reviews are in, and so far, they look pretty favourable for both devices.

Specs
In terms of what has gone into the Surface 2, it looks like it is very similar to its predecessor, the Surface RT – not brand-new, but certainly improved.

Over at PCMag.com, Brian Westover writes the display on the Surface 2 has better resolution and colour quality. While it still doesn’t compare with the Retina Display on the 4th generation Apple iPad, it’s still more than enough for reading documents or watching HD movies, Westover says. 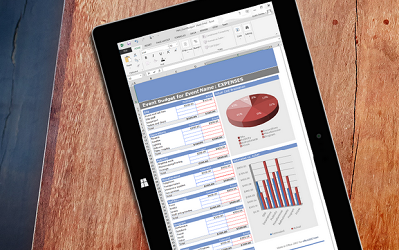 Dana Wollman at Engadget writes the tablet is now slimmer and lighter than its predecessor, making it feel more compact. It also has two types of keyboard covers, the Touch Cover and the Type Cover 2. However, she writes that while both have shown improvement in the bendiness, fit more comfortably in users’ laps, and don’t tend to make a lot of noise, they don’t really cut down on typos – something not particularly helpful in a tablet keyboard.

However, the cameras are looking better, she notes.

“Whereas the cameras on the Surface Pro 2 have remained untouched, the Surface 2 ditches its original 720p cameras and takes a big step up to a 3.5-megapixel front-facing webcam and a 5MP rear camera. In particular, Microsoft added a one-third-inch sensor to the front camera to better manage light in webcam videos, especially those shot in low light. As you can see in the sample above, these won’t be your most detailed shots, but the sensor does help make photos look brighter than they would have otherwise,” she writes.

Still, the rear camera is “about as poor as it ever was. You’re still looking at oversaturated colours, poor macro focus and a second or two of shutter lag.”

Compared to the Surface RT, the Surface 2 doesn’t do too badly – it clocks in at 14 hours, 22 minutes in battery life. The Surface RT only did about 9 hours, 36 minutes, according to Engadget. For comparison’s sake, the Apple iPad mini ran for about 12 hours, 43 minutes, while the 2012 version of the Apple iPad managed 11 hours, eight minutes.

“In general, apps are quick to open, and transitions between menus are smooth.Swiping in from the left side of the screen to cycle between open programs is a mostly smooth affair, though once in a while we got carried away with ourselves and we noticed a slight delay,” Wollman writes.

The Surface 2 has some great extras bundled into it, like the full suite of Windows Office coming free with the purchase of the tablet. However, there still aren’t that many apps, a common gripe among reviewers.

That means the Start button is now back, writes Wollman for Engadget. While it won’t work the same as the Start button for Windows 7 by giving you a menu, it does bring you back to the Start screen at least, which is something, she notes.

Eric Franklin at CNET seems to agree. While he gave the Surface 2 a great review, with an overall 7.3/10 and a “very good” rating, he noted Windows RT is not compatible with older Windows programs. That means legacy programs that ran on XP, Vista, or Windows 7 will not work with Windows RT. And as you might be able to predict, Windows still has very few apps, a setback when compared to the app stores from Amazon, Apple, and Google.

“The Windows Store deserves a little credit here. Officially, the store now has ‘more than 100,000 apps,’ according to Microsoft, including many that were missing this time a year ago … In general, the catalog feels fuller than it did a year ago; you’re now more likely to find what you want,” she writes, adding hugely popular apps like Facebook, Twitter, Foursquare, Dropbox, Mint.com, NPR, Angry Birds, and Draw Something are now all available. However, she does add the selection can really be hit-or-miss.

However, Steve Kovach of Business Insider seems to really dislike trying to write with the Surface 2, adding he doesn’t believe it can be used as a laptop replacement. As programs like Microsoft Word were originally designed for desktops, not tablets, he says trying to go back and forth between desktop mode and the Start menu on Windows 8.1 is difficult.

Overall, the Surface 2 seems to be a great tablet, netting strong ratings of anywhere from 4/5 to 7.3/10 from different reviewers. However, it may not make a great laptop replacement, despite what Microsoft seems to advertise.

“Why have a smartphone, tablet, and laptop, when you can get one device for just $449 that can do everything your laptop and tablet can do? Not a bad deal, right? On paper, I sure think it is,” writes Kovach of Business Insider.

Still, the Surface 2 has PCMag’s vote for Editors’ Choice for Windows RT tablets.

“If you want Office and Skype on an affordable tablet – and don’t require the full Windows experience – the Surface 2 is the best there is,” Westover concludes.

What it seems to come down to is managing expectations – if you want a hybrid tablet-laptop, this may not be the answer. But if you need something to consume content and occasionally generate content, the Surface 2 may be what you’re looking for.

Candice Sohttp://www.itbusiness.ca
Candice is a graduate of Carleton University and has worked in several newsrooms as a freelance reporter and intern, including the Edmonton Journal, the Ottawa Citizen, the Globe and Mail, and the Windsor Star. Candice is a dog lover and a coffee drinker.
Previous articleCloud gives businesses an edge, IBM study finds
Next articleApple’s iPhone 5S a bright spot in overall earnings decline