GPS watch to keep tabs on kids, seniors could hit Canada by autumn

Do you know where your children are?

If you remember that line from a public service announcement airing onU.S. TV, you’re no spring chicken. The spots started airing on the ABCaffiliate in Buffalo, NY in the 1960s but became famous for two decadesafterward when the campaign went national.

Though the PSAs stopped airing, the fear of losing kids to bad guys ormisadventure has never really gone away. In fact, if you believe allthose studies on parenting trends, parents today are more afraid thanever of kidnappers and creeps. 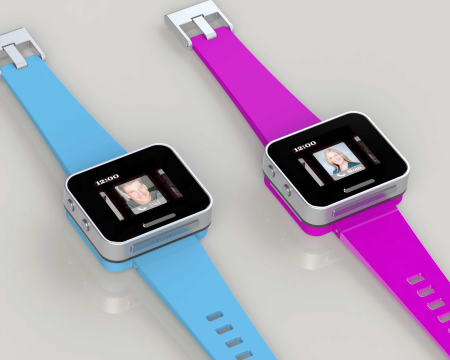 “I know you’re not really at bandpractice…” Parents can keep tabs on their kids, and even listen in onthem, using Revolutionary Tracker’s new GPS watches (above).

So now, just in time for back-to-school shopping, New York-basedstartup Revolutionary Tracker LLC iscoming out with a new line ofwearable devices to strap onto kids so parents do know where they are,conceivably at all times.

“We expect to be selling (them) at the end of August or earlySeptember,” Matt Kassin, vice-president of sales and digital strategy,told ITBusiness.ca on Tuesday.

The range of devices is wide, from a small packet that can be tuckedinto a baby’s blanket (yes, the company is actually marketingspecifically around infant security) or a kid’s backpack, to a watchthat kids, teens or adults can wear.

The devices will be available for purchase on the company’s Web site.Canadian availability will depend on how quickly Revolutionary Trackercan ink a deal with a service provider here, something it’s working onright now, Kassin said. A U.S. service provider has already beensecured but the firm isn’t going to make the provider’s name public fora few more days, he added.

The company is marketing the products beyond just kids. In a Tuesdaynews release, the company said it is “proud to announce theback-to-school release of a breakthrough line of wearable GPSenabled/3G smartphone trackers and communication devices designed toaddress the unique requirements of kids, seniors, the cognitivelyimpaired elderly and special needs children.” Its Web site alsopromotes devices for pets.

Although GPS tracking for kids is not a new concept, Revolutionary Tracker says its products are vastly improved over the old school solutions we’ve all heard about in the past. Its devices automatically send tracking data to a parent’s smartphone or computer, feature real-time tracking, allow parents to set up “reporting intervals” to get updates on their kids’ whereabouts at certain times, alert parents if kids leave designated “safety zone” areas, feature an SOS button kids can touch to send an instant danger alert to parents, and notify other designated caregivers if parents don’t respond to alerts.
And remember the two-way communication watchescharacters like Dick Tracy wore in theold sci-fi movies? These Revolutionary Tracker watches also allow kidsand parents to chat the same way. There’s even the ability for parentsto listen in on the audio picked up by their kids’wristwatches.

Revolutionary Tracker has also developed a dashboard that can be usedto track several people at once, an application that the company hopesto market for enterprise use, Kassin said.

Founded in 2009, Revolutionary Tracker is based in New York but itstechnology and software development team is based in Chicago. The firmis now running a campaign on the Techmoola crowdfunding siteto raise$200,000. So far it has raised $2,100 towards that goal.Kassin has been keeping a close eye on Canadian success storyEricMigicovsky, who raised over $10 million for his Pebble watch venture onKickstarter. How well Migicovsky executes the production and sale ofthe Pebble product could be a sink-or-swim milestone for the entirestartup crowdfunding scene, and even affect the market’s perception ofRevolutionary Tracker’s own watches, Kassin said.

“People are watching him and his ability to fulfill,” Kassin said.”It’s very pivotal.We hope he does a great job.”

Christine Wonghttp://www.itbusiness.ca
Christine Wong has been an on-air reporter for a national daily show on Rogers TV and at High Tech TV, a weekly news magazine on CTV's Ottawa affiliate. She was also an associate producer at Report On Business Television (now called BNN) and CBC's The Hour With George Stroumboulopoulos. As an associate producer at Slice TV, she helped launch two national daily talk shows, The Mom Show and Three Takes. Recently, she was a Staff Writer at ITBusiness.ca and is now a freelance contributor.
Previous articleXConnect: From lawyer to sports entrepreneur
Next articleVisa awards startup $10,000 for one minute elevator pitch