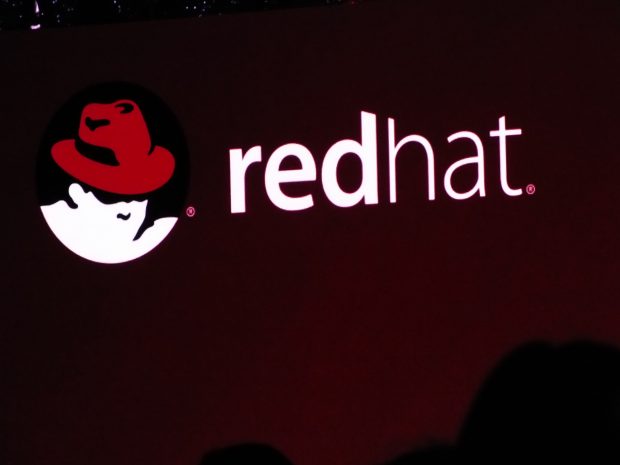 It’s been said that making money from something that’s given away for free is next to impossible, but Red Hat and its Canadian business has turned that assumption on its head and remains dedicated to the open source community.

“It’s one of those rare moments in history when you had a good idea that you stuck with for decades and then a whole market drifts towards you,” says Claude Reeves, director of enterprise sales for Red Hat Canada, shortly after Red Hat announced key partnerships with Microsoft and IBM at the 2018 Red Hat Summit in San Francisco. “It’s the most collaborative time I’ve seen in IT,” says Claude, adding the same can be seen in the enterprise world.”

The Red Hat business is coming off of its 64th straight quarter of growth. The leading Linux company, which turned 25 this year, made nearly $3 billion in total revenue after its latest fiscal year. What’s impressive about this figure, however, is how quickly it was reached. It took the company 19 years to reach $1 billion in revenue, three years to hit $2 billion and one year to hit $3 billion. The company’s dedication to open source is paying off, and while Reeves admits the company has seen open source software such as Origin – the upstream community project that powers Red Hat’s OpenShift platform – attract potential paying customers, he says this is completely natural.

“It’s part of the nature of open source. Origins is a pretty good community project. If we were not providing a lot of additional value it would be an issue, but we are,” he says.

“There are far more people who are quite happy to pay for a fully supported enterprise version of that open source technology,” he explains.

And that’s because customers, both in the private and public sector, are looking for guidance more than ever before, says Seguin, and steering clear from proprietary companies that may have previously sold them something that didn’t do what it was supposed to, or forced them to commit to an expensive, long-term contract. Companies reaching QA and testing phases, especially with containers, need external help to ensure the application of a new idea not only works, but is secure, he adds.

“In my world, the single biggest roadblock to success is procurement. They would rather buy a $1,000 pencil because they have a contract to buy $1,000 pencils, than go put up a procurement to buy a $3 pencil,” says Seguin.

But governments are slowly starting to shed that way of doing business, especially when it comes to digital services. This is perhaps most evident in B.C., where the province established the B.C. Developers’ Exchange Framework, or BCDevExchange, in 2015, to simultaneously improve its internal IT environment and public-facing services with the help of private sector technology companies and entrepreneurs. B.C. also offered access to its Red Hat OpenShift Platform to serve as the foundation for the developers’ exchange. According to a 2017 Red Hat case study, the BCDevExchange helped the province install a full production build in its data centre in three weeks. Twenty projects and 13 developer teams now use the software, with a growing waiting list.

Hydro Quebec approached Red Hat several years ago when it was looking to migrate off IBM AIX into containers. Reeves says it took him a little bit by surprise.

“We were like, ‘this is out of character for you guys’, but they told us they felt this leap better prepared them for the future. And they didn’t see containers as a bleeding edge technology … these are smart people. They just saw containers as a more efficient way of securing their environment, and they didn’t hire someone for 50 million bucks to upgrade their SAP,” says Reeves.

Red Hat OpenShift has proven to be enormously popular among enterprises, and Red Hat is putting a lot of faith into the platform. IDC reports that OpenShift boosts application development life cycles by 66 per cent, while annual user productivity gained per 100 application developers is more than 1,150 hours. Gartner says by 2020, more than 50 per cent of global populations will run containerized applications in production, up from less than 20 per cent today.

And with the rise of 5G, containers are catching the attention of the telco market as well, says Gino Grano, managing director, sales for service providers for Red Hat Canada.

“As we move from delivering services from tens of locations to thousands of locations, you need a consistent way of delivering that. I don’t know if 5G is going to make containers, or if containers will make 5G, but I think it will be a symbiotic relationship that will help each other. It would not surprise me to see 5G helping or advancing container technology,” he says.

Alex Coophttp://www.itwc.ca
Former Editorial Director for IT World Canada and its sister publications.
Previous articleLenovo’s women in tech panel opens up about industry gaps, offers actionable insight
Next articleCATA’s winning women of 2018 on the value of mentorship