So. It seems the oft-rumored and–until recently–never-pictured, “Google (GOOG) Phone” exists. The bulk of the technology news industry is stopping the proverbial presses. Bloggers are clacking away crazily on their laptop keys, regurgitating the new info, cropping and zooming on images and otherwise going ga-ga over the Google Phone a.k.a. Nexus One–which happens to look an awful lot like the previously-peeped HTC “Passion”…

But me? Me, I can’t help but roll my eyes and scoff a bit. Google Phone, Smoogle-Phone, I say. I’ve yet to see a single piece of hardware running Google’s popular Android OS that could meet all my smartphone-related needs. And frankly, this new Google Phone, Nexus One, HTC Passion/Dragon whatever, is no different.

Google’s Dream to take on the iPhone 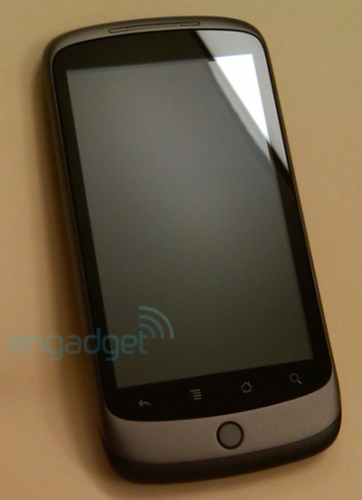 * The “Google Phone” or Nexus One by HTC via Engadget.com

First of all, some background. Readers familiar with my work know I am a die-hard BlackBerry user; in fact, I focus almost solely on BlackBerry in my writings now-a-days, though I cover mobile/wireless and mobility-related enterprise issues, as well. That’s for two reasons: 1) I LOVE BlackBerry handsets, and I think they offer the best “total package” of smartphone features available today; 2) I write for CIO.com, and the enterprise-oriented nature of RIM and its wares make the company a good fit for my readers.

I focus on BlackBerrys, but I regularly use all different types of handsets; I own and/or employ an iPhone, Nokia E71; HTC Touch Pro2 and countless BlackBerrys.

In all honesty, I’m not really a big fan of Android in its own right. But I assure you, I’m not “hating for hate’s sake” either. I haven’t embraced Android for two main reasons: 1) I’ve yet to find a single piece of Android hardware that it’s functional enough to actually adopt as my “daily driver,” or my regular device; and 2) the dearth of currently available quality Android apps.

Compared to other popular smartphone platforms, including BlackBerry, iPhone and even Windows Mobile, the number of valuable applications available for Android is a joke. (And until there’s more financial incentive for developers to create Android apps–C-R-E-A-M, get the money–this problem will persist…but that’s a whole other issue I don’t have the space or patience to tackle here…)

Android hardware? The G1 was junk, as far as I’m concerned, due to its awkward design and funky keyboard–with chin.

The HTC Magic, or T-Mobile myTouch 3G, is also awkwardly shaped, and it has no “physical” keyboard. Same thing goes for the HTC Hero. And the DROID, which Verizon (VZ) effectively hyped like the second coming of you-know-who, well, the DROID is too damn clunky and it weighs a ton; if I wanted to feel like I had a brick in my pocket, I’d still be carrying my old BlackBerry 8700.

As for this new Google Phone that’s got all the other blogger’s skivvies in bunches, much of the same observations can be made.

Specifically, it doesn’t have a “physical,” or non-touch, keyboard–a deal-breaker for me, personally. I simply can’t type as well on a touch screen, capacitive or resistive, haptics or no haptics. And still nothing nearing an acceptable variety of available applications exists.

So really, the Google Phone is just another Android-powered, HTC-made smartphone with a higher-resolution screen than existing Android devices and an updated and polished mobile OS–Android 2.1.

Google may have provided the design for the Nexus One, and that’s certainly a clear step for the search giant toward making both hardware and software. That, in itself, is exciting. But the way I see it, this really doesn’t represent much of a change from the relationship Google had with HTC in the past. The Nexus One even looks a lot like the HTC Hero. In other words, the Google Phone looks just like a number of existing HTC devices.

The one nugget of Google-Phone-related news that has piqued my attention comes from The Wall Street Journal.

Google will apparently be offering the device unlocked through its own as-of-yet unspecified retail channels and not through U.S. carriers.

The one nugget of Google-Phone-related news that has piqued my attention comes from The Wall Street Journal.

It’s unclear what exactly that means, but The Journal reports that the device will be sold unsubsidized, meaning it will likely cost consumers $500 or more, but could be used on compatible wireless carriers of the users’ choice. 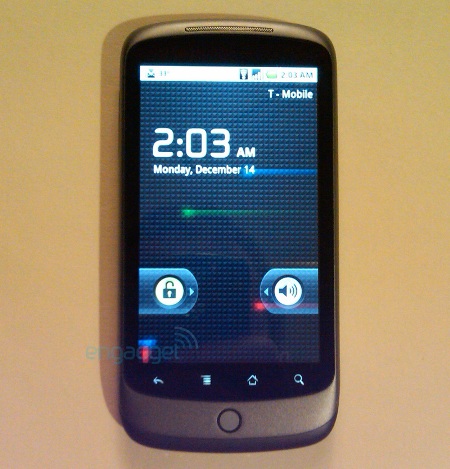 The device pictured in the images making their way around the Internet is a GSM device. So unless it’s both CDMA and GSM compatible (unlikely), the Google Phone is destined to be used in the U.S. on T-Mobile and AT&T.

But it will be interesting to see how Google handles its relationships with carriers from here on out, since offering an unlocked, unsubsidized device is sure to shake things up a bit in the carrier space. Such a move could have staggering effects on the consumer-carrier relationship in the U.S.

So to sum that all up, I haven’t given up on or dismissed Android, by any means. In fact, I can say with certainty that Android and Google are here to stay in the mobile space. But Google’s really still finding its ground, and I think the Nexus One, a.k.a., HTC Passion, a.k.a., Google Phone, will be the first “real” Android smartphone.

I predict that the Nexus One will be only the first device in a long line of handhelds designed–and possibly eventually produced–by Google. And the quality of hardware, as well as the hardware/software combination, will undoubtedly improve as time goes by and Google gains firsthand knowledge on hardware production…even if it’s from afar the first time around.

But for now, the Google Phone or Nexus One’s just another Android handset that will likely arrive with a loud bang and disappear with a barely audible whisper.