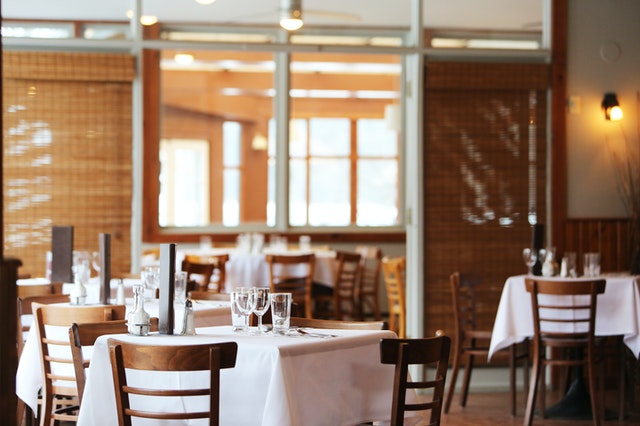 By tracking smartphone location data in February and March, Google has revealed insights into how social distancing has affected the public’s travel behaviour across the world.

Designed as a tool to shed light on the effect of current quarantine efforts, Google curated the location data of smartphone users to see how foot traffic in popular areas has dropped.

Unsurprisingly, Canada, like the rest of the world, took a heavy blow to its service and tourism industries. Traffic to retail, restaurants, libraries, and other gathering places dropped by nearly 60 per cent on average. As people are urged to stay home, Canadian transit systems use plummeted by 66 per cent. Once bristling offices now stand empty with a 44 per cent drop in traffic. 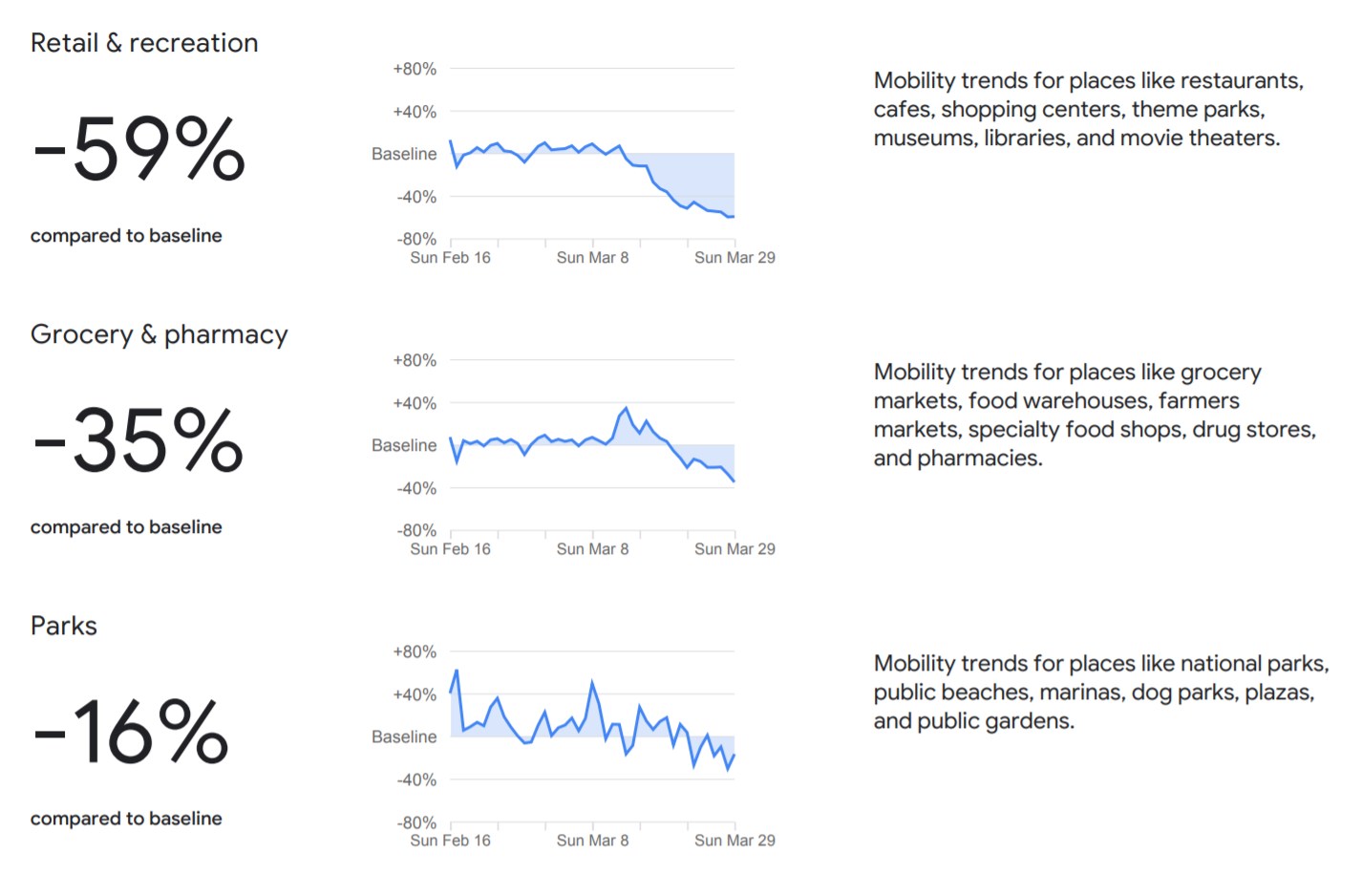 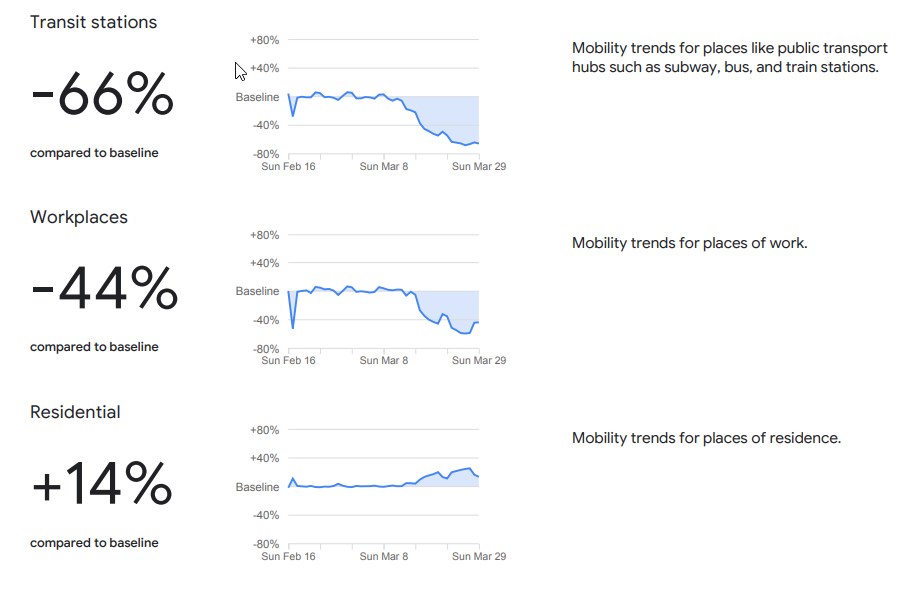 Businesses big and small across the country are now struggling to stay operational. Ottawa, working with Canadian banks, has responded by announcing interest-free loans for small businesses on March 27. Through the program, eligible businesses would be able to receive up to $40,000 interest-free until 2022.

Canada has also announced 75 per cent wage subsidies for workers who have lost employment due to the pandemic, as well as the Canadian emergency response benefit (CERB), of which the eligible workers would receive $500 a week between March 15 to Oct. 3.

Google has been collecting data across a plethora of its platforms for years, and in a recent blog post, said that the data collected has been scrubbed of personal data and is completely anonymous. When a location doesn’t have enough visits to make the users anonymous, Google omits that data.

Google’s COIVD-19 Community Mobility Report will be available for a limited time for the public and health officials in understanding the spread of COVID-19.

The Canadian portion of the report can be found here.

Tom Li
Telecommunication and consumer hardware are Tom's main beats at IT Business. He loves to talk about Canada's network infrastructure, semiconductor products, and of course, anything hot and new in the consumer technology space. You'll also occasionally see his name appended to articles on cloud, security, and SaaS-related news. If you're ever up for a lengthy discussion about the nuances of each of the above sectors or have an upcoming product that people will love, feel free to drop him a line at [email protected]
Previous article
Canadian government cyber experts offer tips for videoconference security
Next article
Hashtag Trending – WhatsApp changes; Huawei assists Canada with mask shortages; Zoombombing is a crime