Google is killing Gchat on June 26

If you’re the type of Gmail user who enjoys using the platform’s Google Talk feature – or, as it’s more commonly known, Gchat – to connect with coworkers while checking your messages, we may have some less-than-welcome news for you.

In an effort to streamline G-Suite, its cloud-based enterprise collaboration platform, Google Inc. will be disabling Gchat on June 26 and replacing it with Hangouts, G-Suite’s video, phone call, and instant messaging platform.

“We realize these updates may be an inconvenience, so we aimed to minimize disruption and help you navigate the changes where possible,” an unidentified G Suite team representative wrote in a March 24 blog. “These updates will help us focus and prioritize features that will improve the entire G Suite user experience for everyone.”

The changes have been a long time coming: Google has made no secret of its efforts to streamline Hangouts, which was originally released as a Gchat replacement back in 2013, though Gmail users retained access to Gchat, and by many accounts continued to use it.

Gmail users still relying on Gchat have been notified of the changes in recent weeks (right), accompanied by a prompt inviting them to switch to Hangouts, alongside a warning that the change will be forced upon them if they don’t take advantage.

Meanwhile, the two mobile analogues to Gchat are going through transitions of its own: the legacy Google Talk Android app, which was replaced in the Play Store with the Hangouts app in 2013, will stop functioning; and starting on May 22, the Hangouts app will no longer support SMS messages, with users encouraged to text using the native Android Messages app instead. 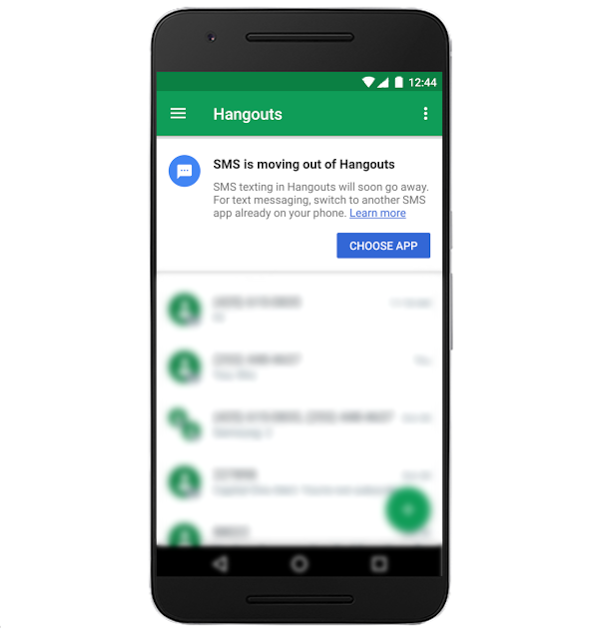 Eric Emin Wood
Former editor of ITBusiness.ca turned consultant with public relations firm Porter Novelli. When not writing for the tech industry enjoys photography, movies, travelling, the Oxford comma, and will talk your ear off about animation if you give him an opening.
Previous article
Trump’s executive order mandates digital transformation at federal level
Next article
David takes on Goliath with online life insurance purchasing platform