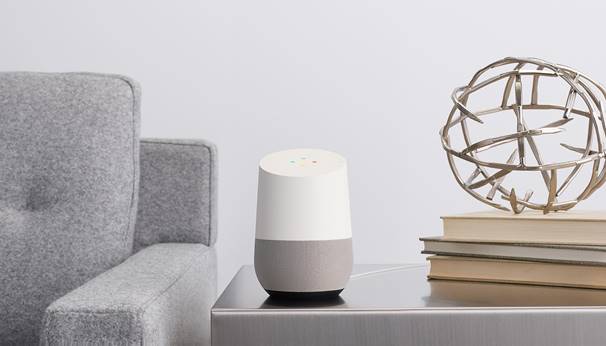 After months of watching our southern neighbours enjoy the virtual company of Google Home, the wait for Canadians is almost over.

Google Home will officially be coming to Canada on June 26 and is available for pre-order starting today from the Google Store and Best Buy Canada, according to a Google Canada announcement and blog post. The voice-activated smart speaker will be powered by Google Assistant and supports both English and French.

From finding results on Google and managing everyday tasks, to turning up music and controlling compatible smart devices, Google Home has a wide range of uses – all you have to do is say “Okay Google”.

The smart assistant can do just about anything a consumer can think of: it can check the weather, traffic, stock markets, sports scores, and the hours of local stores. With a simple voice command, Google Home can read out the latest news or play that song you have stuck in your head with “Hi-Fi” sound quality. It is integrated with Google Play Music, Spotify, and more.

Want to order an Uber? Done. Ordering pizza? Done. Need to set an alarm for tomorrow morning, or start a timer for the chicken baking in the oven? Done. It even offers translation services.

Google Home can also be integrated with smart devices in a home to do things like control lights or the thermostat. ITWC editor-in-chief Brian Jackson had a chance to review the device – you can watch the video below.

It was launched in the US in November 2016, and in April for UK customers. In May, Google announced that its Assistant would support the Canadian French language, offering hope that it would be launched in the country shortly.

On June 26, it will retail at the Google Store, Bell, Best Buy, Indigo, London Drugs, Rogers, Staples, The Source, Telus, Visions, and Walmart.

Mandy Kovacshttp://www.itwc.ca
Mandy is a lineup editor at CTV News. A former staffer at IT World Canada, she's now contributing as a part-time podcast host on Hashtag Trending. She is a Carleton University journalism graduate with extensive experience in the B2B market. When not writing about tech, you can find her active on Twitter following political news and sports, and preparing for her future as a cat lady.
Previous articleAlberta Energy Regulator cuts through bureaucracy with digital transformation plan
Next articleLG bringing the stylus back to smartphones