Google Home appears to be available in Canada

Google Home hasn’t been officially launched in Canada yet, but its availability on two major e-commerce sites suggest an announcement is imminent.

While Google’s competitor to the Amazon Alexa devices has been available in the U.S. since November, and in the U.K. since early April, Canada has been a “grey market” zone for the device. As we previously detailed, Google Home devices worked almost as well in Canada as it does in the U.S., save for a couple of niche features. (For example, multi-user support still isn’t available in Canada, and the device doesn’t support shopping.)

On Sunday night, both Best Buy Canada and Amazon Canada listed the Google Home device as available to purchase and ship within Canada. Previously, Canadians could order the device from American retailer B&H Photo, but some Reddit users reported that option was no longer available.

Amazon.ca lists Google Home as in stock and is priced at $226. 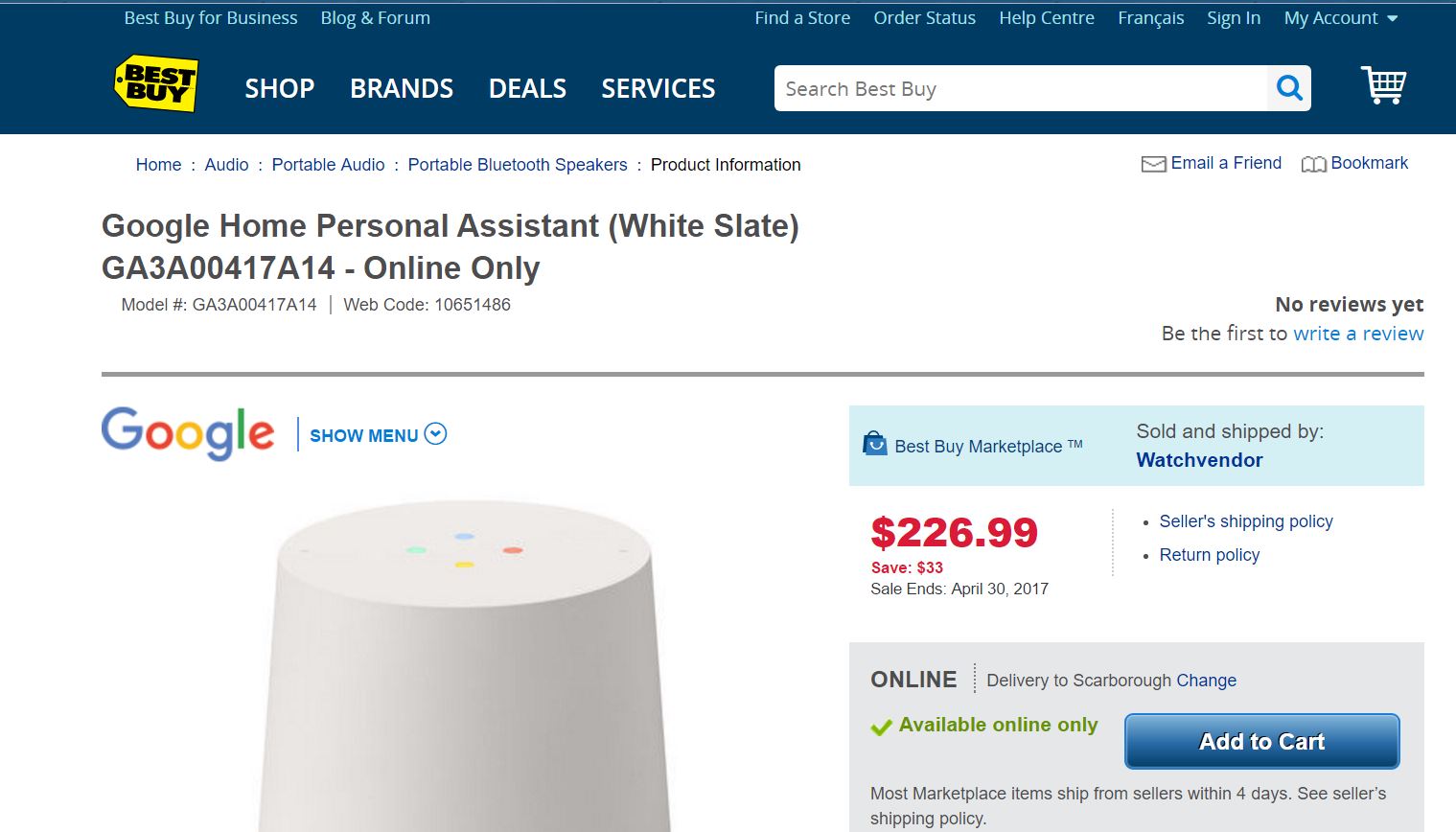 Check out our experience using Google Home in Canada so far.

Coming soon to your television: Alexa and Google Assistant