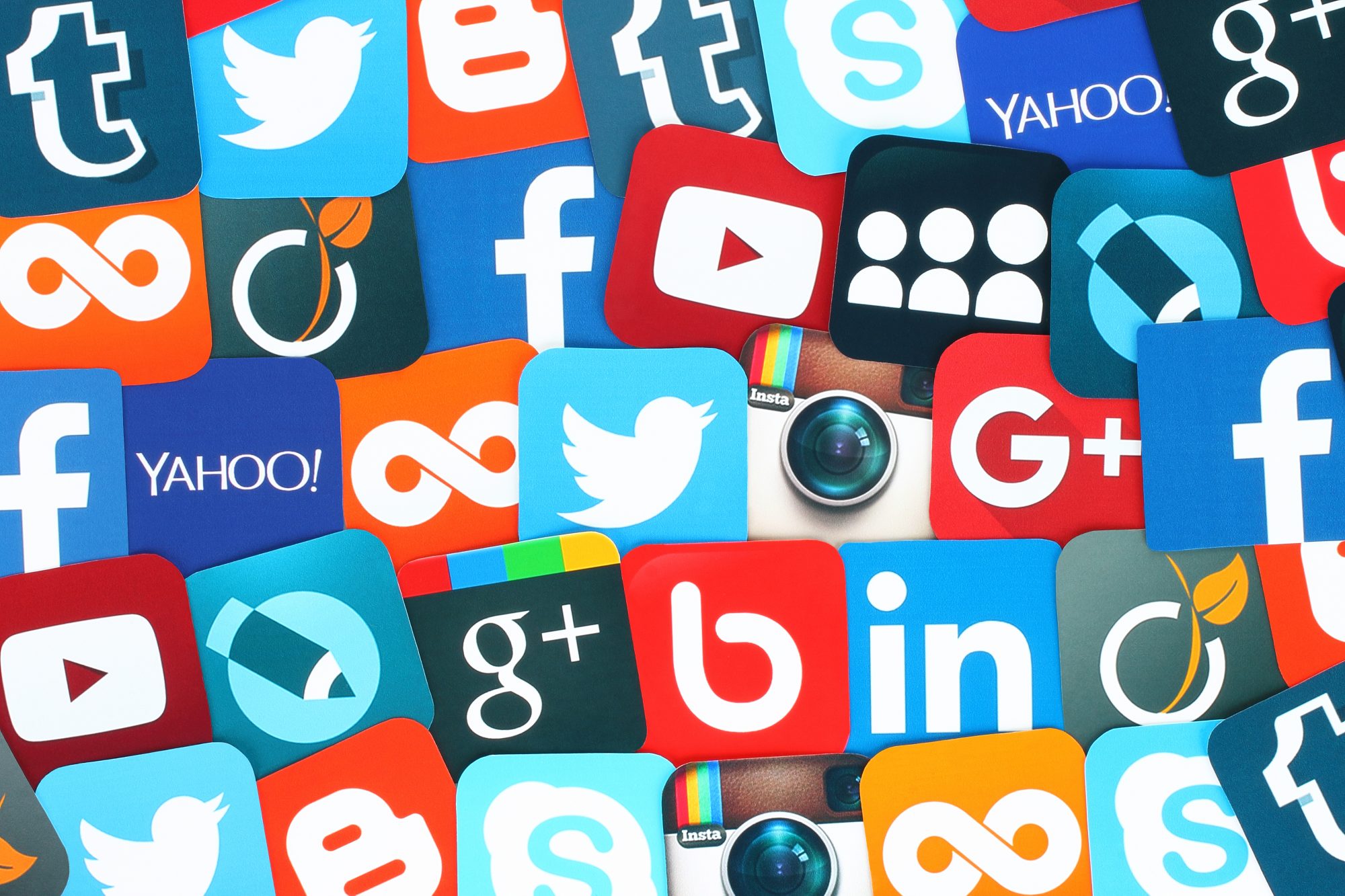 Apple Inc. and Google’s reputation have taken a hit according to an annual survey, while Amazon.com Inc. topped the list for the third straight time and earned an “excellent” reputation rating for the ninth consecutive year.

The Harris Poll RQ study identifies the 100 most visible companies identified by U.S. consumers and ranks them based on their reputation in six different categories: emotional appeal, products and services, social responsibility, vision and leadership, workplace environment and financial performance.

While Apple and Google play an important part of millions of people’s lives, they haven’t turned heads lately with new innovations, The Harris Poll said in a March 13 press release. The class action lawsuit by James Damore, a former Google engineer who was fired last August after posting an internal memo suggesting that biological differences between men and women might be to blame for the lack of women in tech, in addition to the three women who sued Google in September, claiming that they had been paid less and promoted more slowly than their male peers, may be contributing to Google’s tumble down the rankings, the report suggests. In January, a fourth plaintiff joined the lawsuit. Google has denied the allegations.

Today’s consumers are as interested in what a company stands for and how they engage with their customers as they are in its products, John Gerzema, CEO of the Harris Poll, said in a press release.

“In this new world, reputation is a verb. Brands are emerging with a new moral authority––equal parts capitalist and activist–– and are capturing the imagination of investors, talent and the buying public, while rewriting the rules of what a ‘public company’ truly means today,” he said.

In an interview with Reuters, Gerzema added “Google and Apple, at this moment, are sort of in valleys … We’re not yet seeing all the things in artificial intelligence they’re going to do.”

Thanks to their roadster which was launched into orbit for the world to watch online last month, Tesla climbed from #9 to #3.

Brands in the bottom ten this year include Goldman Sachs, Halliburton, Equifax, the Trump Organization, and the Weinstein Company.

“With a solid reputation, a company is more likely to attract top talent, be seen as an attractive investment, and viewed as a responsible member of the community. Alternatively, companies with a challenging reputation must work harder to achieve their business goals as stakeholders are more resistant to their growth,” The Harris Poll explained. 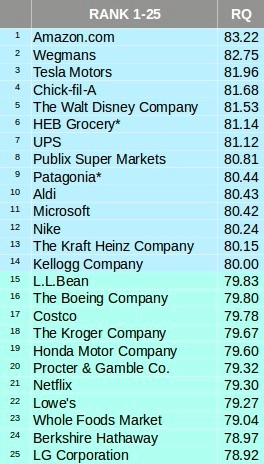 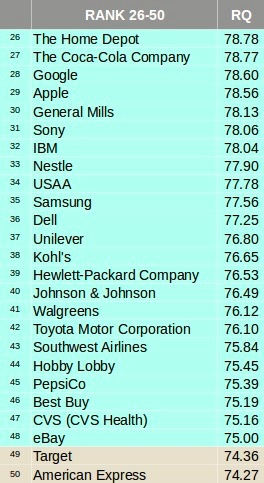 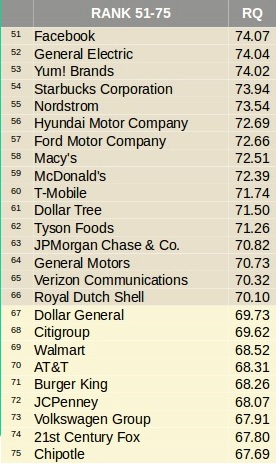 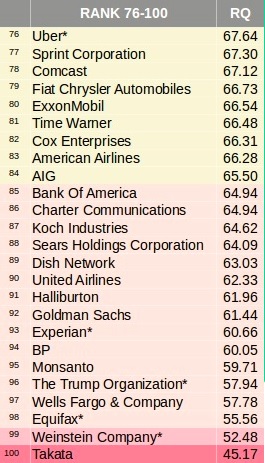