Google and Walmart team up to offer voice-first ecommerce in U.S. 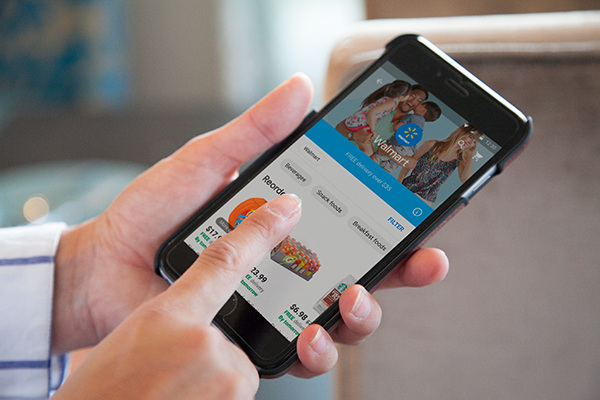 Amazon has some new competition this morning when it comes to making a purchase simply by speaking a command, and it’s coming from a newly-minted partnership between Google Inc. and Walmart.

The two firms announced on Wednesday morning that Walmart’s products will now be available for purchase to Google Assistant users via Google Home, or on the Google Express website and mobile app. Walmart customers will link their existing ecommerce accounts with Google in order to receive “personalized shopping results based on your online and in-store Walmart purchases,” writes Sridhar Ramaswamy, senior vice-president of ads & commerce at Google. “For example, if you order Tide Pods or Gatorade, your Google Assistant will let you know which size and type you previously ordered from Walmart, making it easy for you to buy the right product again.”

Google currently offers products from Costco and Target via its Express service in the U.S. But the addition of hundreds of thousands of items from Walmart will be the largest amount of products from one retailer, writes Marc Lore, president and CEO of Walmart eCommerce.

The primary way that Walmart sees Google Express shoppers placing orders is to reorder consumable products that they’ve previously purchased in-store or from Walmart.com. It’s integrating its Easy Reorder feature with Google Express to enable that.

“This is just the beginning,” Lore writes. “Next year, we will also leverage our 4,700 U.S. stores and our fulfillment network to create customer experiences that don’t currently exist within voice shopping anywhere else, including choosing to pick up an order in store (often for a discount) or using voice shopping to purchase fresh groceries across the country.”

The partnership will go live in late-September in the U.S. No word from the firms if or when it will be extended to Canada. IT World Canada has made a request for comment from both Walmart and Google on the matter.

Google also announced that it’s going to offer free delivery on its Google Express service, so long as orders meet a minimum requirement set by the store. No membership is required for this feature, and delivery times range from one to three days.