The good folks behind the GoodReader app have made it easier to share documents between that iOS app and Windows PCs and laptops. 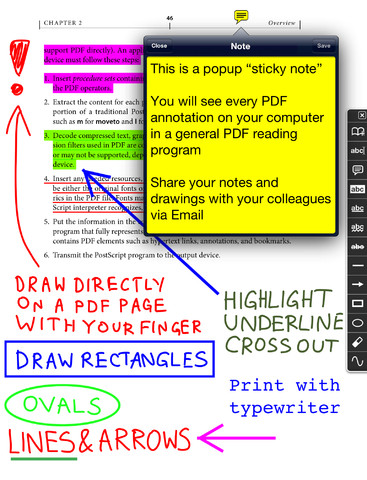 Screenshot of the GoodReader appin action from the iTunes App Store.

According to a news release from Good.iWare, the company that makesGoodReader, the app’s users have always been able to exchange filesbetween their iOS devices and PCs using protocols like FPT, SFTP andAFP but SMB makes it easier because “it is the native protocol forWindows.”

In addition, the new version of GoodReader also has an auto-discoveryfeature that automatically finds SMB servers on a local WiFi network.

The new iPhone 5 is also now supported on GoodReader, the company said.Existing users can download GoodReader for free but it costs $4.99 fornew users.

Christine Wonghttp://www.itbusiness.ca
Christine Wong has been an on-air reporter for a national daily show on Rogers TV and at High Tech TV, a weekly news magazine on CTV's Ottawa affiliate. She was also an associate producer at Report On Business Television (now called BNN) and CBC's The Hour With George Stroumboulopoulos. As an associate producer at Slice TV, she helped launch two national daily talk shows, The Mom Show and Three Takes. Recently, she was a Staff Writer at ITBusiness.ca and is now a freelance contributor.
Previous articleBlackBerry gets a ‘D’ in back-to-school phone sales
Next articleExperts call for Privacy Commissioner to reveal data leaking Web sites