Gogo has the go-ahead to launch its Wi-Fi service aboard flights in Canada next year.

The service is currently available only in the continental U.S. and onselect Air Canada flights to the U.S. But that’ll changein 2013 thanks to Industry Canada regulatory approval announced todayby Illinois-based Gogo. 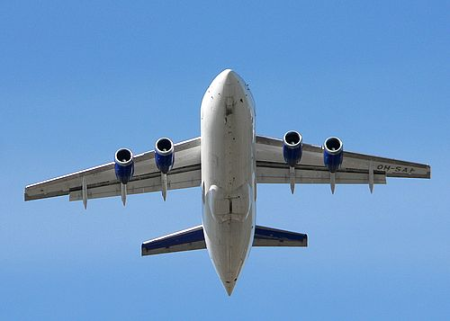 Many flights within Canada willfeature Wi-Fi starting next year.

“(This) will allow Gogo to provide seamless service within Canada andon cross-border flights between the U.S. and Canada. Gogo expects tobegin cell site construction in the fourth quarter of this year andexpects the network to be in operation by the end of 2013,” the companysaid today.

As noted by USA Today,Gogo’s air-to-ground technology transmits datato planes via cell towers on the ground, which means its Wi-Fi serviceis only available over ground surfaces, not water. In future, however,Gogo plans to offer Wi-Fi service during overseas flights using includesatellite-based technology.

Christine Wonghttp://www.itbusiness.ca
Christine Wong has been an on-air reporter for a national daily show on Rogers TV and at High Tech TV, a weekly news magazine on CTV's Ottawa affiliate. She was also an associate producer at Report On Business Television (now called BNN) and CBC's The Hour With George Stroumboulopoulos. As an associate producer at Slice TV, she helped launch two national daily talk shows, The Mom Show and Three Takes. Recently, she was a Staff Writer at ITBusiness.ca and is now a freelance contributor.
Previous articleRyerson’s DMZ incubator takes on its first foreign startups
Next articleFreshBooks launches iPhone app