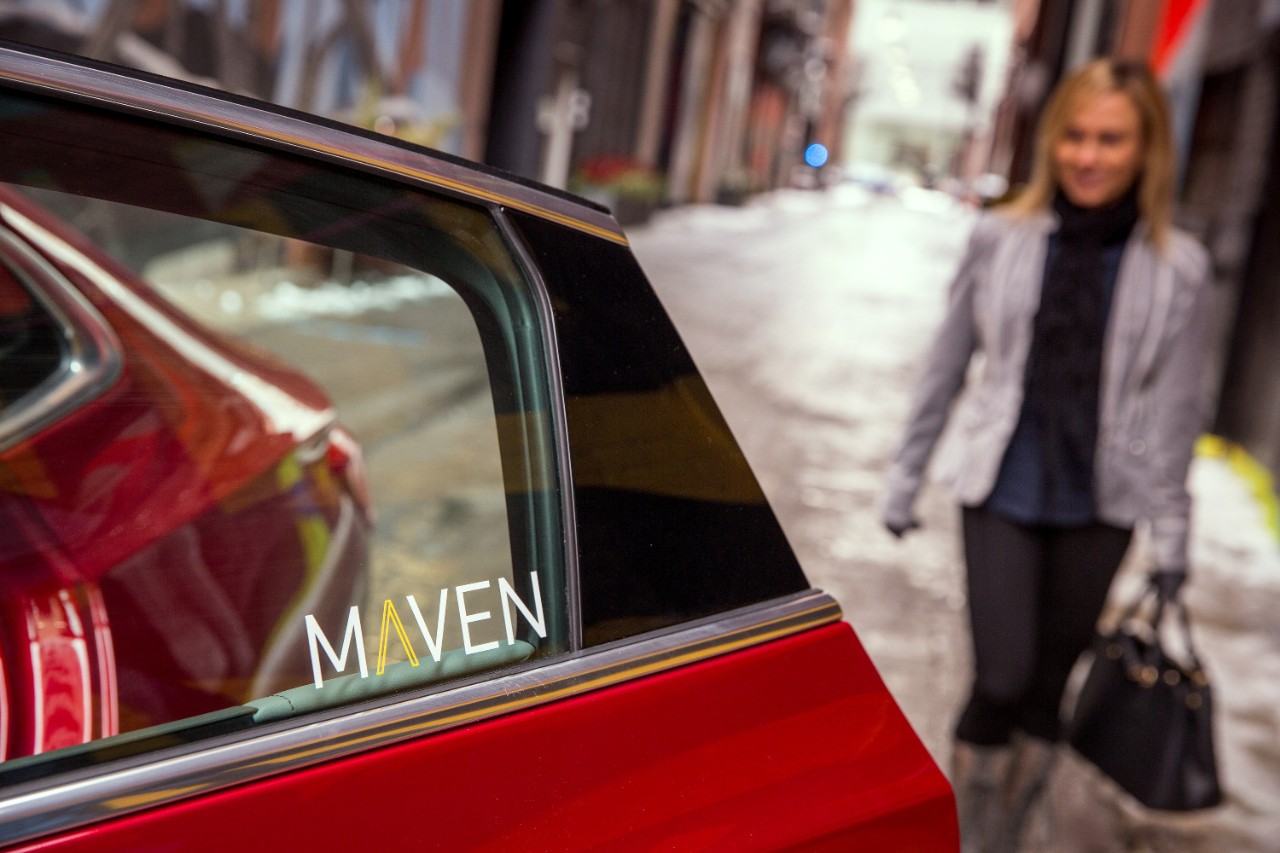 GM is making its first international expansion to Toronto for its car-sharing service Maven, adding another competitor to the streets of Canada’s largest city.

Maven will compete with Zipcar, Car2Go, and Enterprise CarShare (formerly Autoshare). Like other car-sharing apps, Maven provides hourly rentals of cars via a mobile app. It allows users to rent cars, locate them at nearby parking locations, and unlock them to start driving.

Maven doesn’t charge membership fees, so users only pay $9 per hour when they’re behind a wheel – which covers the gas and insurance too. The service leans on GM’s portfolio of vehicle brands for its fleet, including Chevrolet Cruze, Malibu, Tahoe, Trax and Volt; the GMC Acadia and Yukon; and the Cadillac ATS and XT5. All the cars are loaded with a premium trim that includes OnStar service, a Wi-Fi hot spot, Apple CarPlay, Android Auto, and SiriusXM Radio.

In its press release announcing the Toronto launch, Maven is emphasizing the environmental benefits of carsharing services.

“Bringing Maven car sharing to Toronto not only reduces congestion, but also represents the latest step in the development of General Motors’ mobility footprint in Canada,” said Steve Carlisle, president and managing director, General Motors of Canada. “The launch of Maven follows the recent opening of our Canadian Technical Centre-Markham Campus, the largest automotive technology development centre of its kind in Canada, and furthers our ability to bring new solutions to existing problems and redefine the future of mobility in Toronto and beyond.”

Maven says that having one of its cars on the road is equivalent to 10 individually-owned cars in terms of carbon dioxide emissions.

Maven’s announcement of opening up its service in Toronto comes at the same time that Car2Go is openly considering exiting the city after a delay at city council in its attempt to win 2,000 parking permits on residential streets in the city.