Get more out of your Canon dSLR with open source software

It doesn’t take long working with video until you realize the most critical quality element is also a counterintuitive lesson in production. The most important part of your video is the audio.

Especially on the Web, viewers will tolerate a video with less than optimal image quality. That doesn’t mean you don’t make your visuals as compelling and well-shot as possible, but a viewer will put up with a poorly-lit shot or a bit of shakiness for a few seconds or longer. But if the viewer can’t hear what’s happening in the video because the audio is distorted or too quiet, they will instantly stop watching and move on to something else. So any journalist that shoots video learns to obsessively monitor their audio while it’s being captured – usually by simply plugging in a pair of headphones to the camera and also watching audio level meters that bounce up and down, with green, yellow, or red colours giving visual cues that you’re capturing sound properly (or not).

That poses a problem for users of many digital SLR cameras. While the tool is ideal for journalists, and in fact Canon camera product designers have said bodies like the 5D Mark II are designed with journalists in mind, the audio monitoring capabilities leave something to be desired. The benefits of using a dSLR are numerous: it is portable and light, it takes great photos as well as high quality video, and they are inexpensive compared to many video cameras. Since buying my own Canon 600D (branded as the Rebel t3i) and intending to use it only to shoot photos, I’ve been seduced by the excellent quality of the video and have used it to produce many videos that have appeared here on ITBusiness.ca.

But I couldn’t plug headphones in to hear the audio as it was being captured. I could view levels, but only in a menu screen that meant I wasn’t looking at the frame I was recording. This shortcoming has frustrated me several times – there is nothing worse than coming back from a video shoot with unusable footage because the audio is botched.

The solution to my problem comes from open source software. Fidelity Format founder and Day Job documentary maker David Chan tipped me off to Magic Lantern more than a year ago. I scribbled down the note as a weekend project and finally got around to installing the alternative firmware on my 600d. The resulting functionality goes beyond even what I expected and I’m so pleased with the newfound control that I can’t believe I didn’t do it sooner. The advantages go even beyond video and into the photo features for my dSLR.

Monitor audio with your eyes and ears

One big advantage that sold me on spending the time (and taking the risk, albeit marginal) of installing Magic Lantern was simply the audio monitor that is displayed on the LiveView screen. Two bars, one for left channel and one for right channel, bounce up and down across the top of your screen to show you audio is being captured. Green bars mean you’re capturing non-distorted sound, yellow bars are approaching distortion levels, and red bars show the sound is too loud (or “hot”) and will sound distorted.

Also, Magic Lantern will turn on audio output so you can actually listen to your sound as you record it. Note there’s no standard headphone jack on Canon dSLRS, so an adapter must be used. On some Canon cameras this can be done via the multimedia out port. On my camera, the 600D, a mini USB to headphone jack adapter is required. Also, audio output for the 600D isn’t supported in the latest stable release of Magic Lantern, version 2.3, so I had to download and install a “nightly build” version that could be more risky or more prone to crashing. 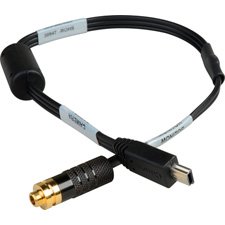 I was delighted to discover Magic Lantern will also allow me to make more use of my camera for photography as well. The shoot menu that I can now access by pressing the delete button on my 600D offers some key features that I have previously considered buying external equipment to do with my camera:

Easy to install and remove

While the Magic Lantern software comes with all the requisite warnings about the risks you’re taking with installing alternate firmware onto your camera, it’s really quite safe. A detailed install guide will walk you through the process. It basically involves unzipping a file to your camera’s SD card and then running a firmware update. If you don’t want to run Magic Lantern any more, you just format your card and it’s gone. Be aware that using it may void your camera’s warranty.

Brian Jacksonhttp://www.itbusiness.ca
Editorial director of IT World Canada. Covering technology as it applies to business users. Multiple COPA award winner and now judge. Paddles a canoe as much as possible.
Previous articleDell offering tool for SMBs to migrate away from Windows XP
Next articleFortinet launches newest high-throughput firewall appliance