WINDSOR, ON. – Facing a room full of municipal IT staff, futurist Jim Carroll warned that too many of Canada’s towns and cities are falling behind when it comes to entering the 21st century.

Too many, he said, are led by change-resistant baby boomers who rely on legacy systems; underestimate technology’s impact on their city’s operations and the degree to which the generations following them have embraced it; and ignore the private sector’s impact on citizen expectations.

“If I go to Amazon and buy something, I get one-hour delivery and instant status updates. With Dominoes, I can know exactly where my pizza is. So if something goes wrong with my garbage pickup service, I want the same type of information,” Carroll, a trends and innovation expert who has given presentations to the likes of NASA and the Walt Disney Corporation during his 20-year career, told the audience at the 2017 MISA (Municipal Information Systems Association) Ontario annual conference.

Carroll’s example wasn’t random either: After reminding the audience how easily they could search a topic on Google or access their iPhone’s home screen, he shared what happened when his home city of Mississauga recently neglected to pick up his family’s garbage – likely the result of a nearby construction project.

When his wife called Mississauga staff, they blamed the city’s parent region. Which led to a series of tweets.

“If I’m going to interact with the City of Mississauga, I want to do it through my smartphone,” Carroll said. “I expect the same degree of interaction and quality of service that I get from Amazon.”

Modern municipalities, Carroll said, must learn to address service disruptions by providing mobile support and simplifying their customer service processes, lest they become victims of public complaints, as the city of Mississauga was on his Twitter feed.

“It’s a whole new world,” he said. “You’ve gotta up your game in order to get there.”

A leading challenge in entering the 21st century, Carroll said, is the outsized role change-resistant baby boomers often play in a city’s leadership, and their inability to recognize the role technology plays in the next generation’s life.

For example, he said, he once gave a presentation at a Texas-based conference attended by some 600 CEOs and attempted to run a text messaging-based poll asking how ready they believed their companies were for the digital revolution. Three responded.

When he presented at his son’s high school and ran a similar poll for 300 students, 89 per cent responded. Within 30 seconds.

“The next generation is different,” Carroll said. “When I talk at banking conferences I warn them: the next generation doesn’t understand bank reconciliations. They don’t know what a cheque is. For them, banking is something they do through their mobile device. And they’re going to expect the same when paying their taxes, or accessing any type of municipal service.”

Carroll was also quick to emphasize that he didn’t mean to condemn all boomers.

“I think a lot of them out there do get it,” he said. “One of my sons’ heroes is Ottawa mayor Jim Watson – he’s a very effective user of Twitter, and doing everything he can to accelerate the city’s digital transformation.”

Boomers, he noted, grew up in a period when computer programming was synonymous with frustrating programming languages such as COBOL (an acronym for common business-oriented language), which is still used in some 50 per cent of large companies.

“No other generation in the history of mankind will need to take a course in COBOL,” Carroll said. “All my kids have known is friendly technology, with a mouse, so we can expect their relationship with computers to be different.”

The future will arrive sooner than you think

The first was that 65 per cent of today’s children in preschool will eventually hold jobs that don’t exist yet.

The second was that half of what is learned in the first year of a four-year bachelor’s degree is now obsolete by a student’s fourth year, even in fields such as computer science and biology.

The third, more anecdote than statistic, illustrated how quickly much of our technology has caught up to the 1960s’ vision of the future, originally meant to be far later than 2017.

For example, Carroll found scenes in The Jetsons, the Hanna Barbera animated series depicting life in 2061, that predicted Skype… 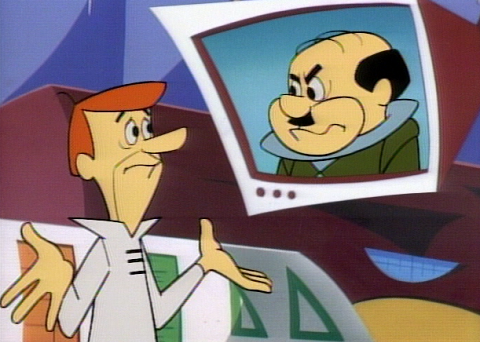 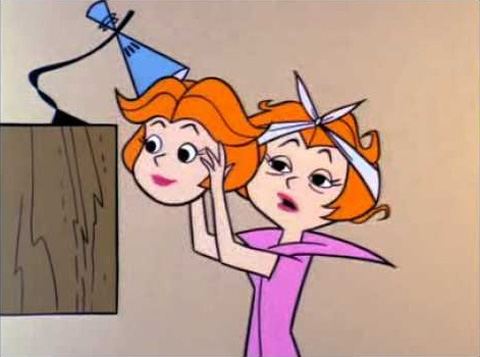 And even the Apple Watch. 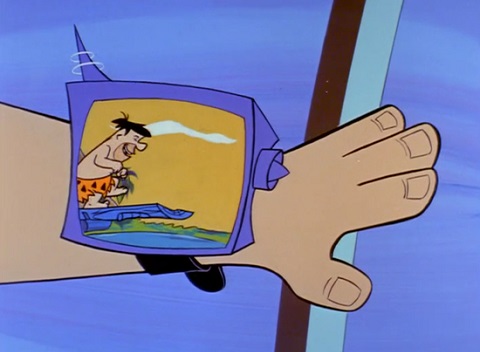 The lesson municipal leaders need to take away from the Jetsons (and Star Trek, which Carroll noted has also influenced a great deal of modern technology), is that IT is no longer confined to a single department, but the lifeblood of their future communities.

Consequently, their IT staff need to enjoy a more elevated role.

“IT managers need a seat at the table,” he said. “They need to make sure the mayor and city council understands that their role is changing.”

More importantly, he said, they need to pursue – and their leadership needs to provide – the scale of funding needed to support and accelerate their community’s entry into the 21st century economy, one based on IT.

“They need more play money,” he said, adding that municipal leaders should think of CIOs as “chief imagination officers,” executives capable of disrupting everything from garbage collection to highway use to home care to city services access to paying taxes in a way that will attract further investment.

“Those chief imagination officers need to be able to go out and work on the types of technologies and new capabilities that will accelerate their municipality’s knowledge and help them take their place among Ontario’s communities of the future,” Carroll said.

Eric Emin Wood
Former editor of ITBusiness.ca turned consultant with public relations firm Porter Novelli. When not writing for the tech industry enjoys photography, movies, travelling, the Oxford comma, and will talk your ear off about animation if you give him an opening.
Previous articleWhy Gartner believes cities need to pursue digital transformation
Next articleHow an insurance firm plans to be as disruptive as Steve Jobs