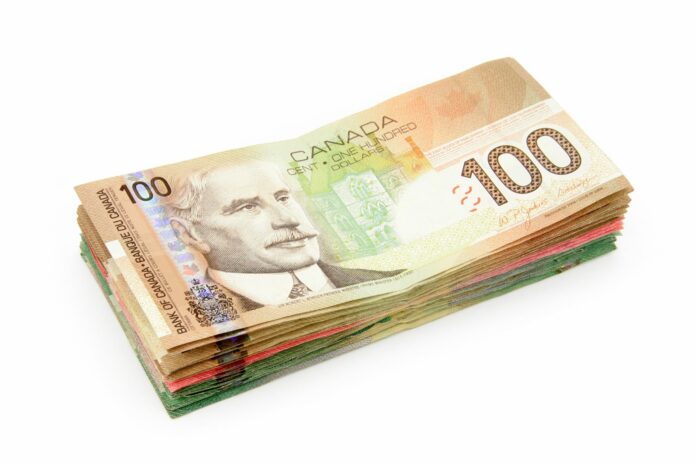 Canadian businesses now have an alternative option to accessing a line of credit other than a bank: pulling out their smartphone and tapping a button to access money as they need it.

That’s if they sign up for FundThrough, a new Toronto-based online lending platform that launched its service on Monday. FundThrough also announced raising of $2.2 million from a group of investors led by Real Ventures. The group describes itself as a technology-driven lending platform that is an alternative source of financing for small to medium-sized businesses in Canada.

Whereas banks award lines of credit based on credit history and what assets a business have to offer as collateral, FundThrough has a different set of criteria to determine a loan qualification. It looks at a business’ list of customers and what contracts are in place with those customers – and most importantly, how much money those customers have already been invoiced for. After uploading proof of the invoices into FundThrough’s system, approval for credit can be granted within seconds, Uster says. While it might sometimes take hours or days, it beats waiting for weeks to be approved for a bank loan.

“We’re not relying on your business to get paid. We’re relying on invoices and contracts to your customers to get paid,” Uster explains. “We’re bridging that gap so you can have money today and when the invoices are paid, then we get paid back.”

More often than not, FundThrough is simply paid directly by the client invoiced, he adds.

Related
4 reasons ‘crowdlending’ will be bigger than crowdfunding

On the other side of the loan are a set of registered investors looking to place their money within a high-risk environment. At the moment, lenders are buying into FundThrough’s diversified pool of all the loans it is making. Lenders can set criteria about what type of loans they’re willing to make and then see in real-time what makes up their portfolio.

FundThrough’s business model, sometimes called peer lending or crowd lending, is new to Canada, but has seen some success in other markets. South of the border, P2BInvestor Inc. says it is on target to reach $35 million in total credit lines offered by the middle of this year. In the U.K., PlatformBlack announced in December it had advanced almost $154 million in loans through its invoice trading platform.

According to Bret Conkin, the CEO and founder of CrowdfundSuite, these new platforms are finding a niche in the market.

“There is a huge need for alternative finance options for SMBs, including via peer lending,” he says. “Many SMBs are caught between traditional lenders that tie businesses up in paperwork and inflexible financing criteria or alternate venture debt options that charge high rates.”

Businesses that are wondering if this new lending model is right for them will need to consider the cost and the other options available for them for their credit needs, Conkin says.

So how much capital could a business access via FundThrough?

“There is an infinite amount of capital you can access,” Uster says. “The more you sell, the more you have availability.”

And how much does it cost? The interest rate can range from around nine to 18 per cent on an annualized basis, depending on who your customers are.

“Slightly more than a bank, but what we provide is the convenience and capability for companies too small to get bank financing,” he says.

Businesses looking for a loan can fill out the form on FundThrough’s website today to see if they qualify. The website is mobile-friendly thanks to a responsive design. Plans to build mobile apps for the service are in the works, Uster says.

The platform will also be looking to expand to the U.S. in the future, he says. But it wants to execute a successful Canadian launch first.

Would you install a selfie mirror in your office?