“Open source” is a term most often applied to software, and it’s become increasingly common in both the business and consumer worlds.

What some may not realize, however, is that hardware can be open source too, with design specifications, schematics, source code, and other data about the device’s inner workings available for inspection and customization by the user.

I’ve already written a few times about the new, Linux-based Spark tablet that’s on the way with unlocked hardware, but recently I came across two other open devices launched in the last few weeks that can be freely hacked and modified. Both the Openmoko GTA04 phone and the Auraslate Lifepad tablet promise a veritable playground for tinkerers and anyone who values complete openness and customizability.

Launched just this week, the new Auraslate Lifepad is an Android Cortex A9 tablet aimed at developers that features multitouch capacative touch and Corning Gorilla Glass. 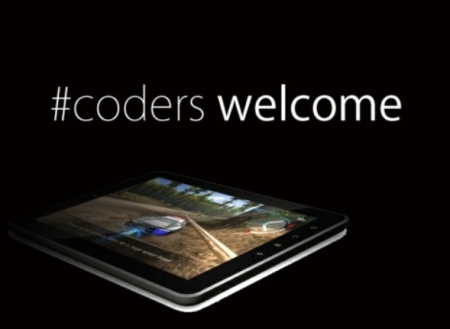 Battery life ranges between 4.5 and 6 hours, the company says. Most interesting of all, however, is that source code and ROM updates for the device are available as well. Pricing starts at $139 for the 7-inch version, with source code priced at $20 extra.

Then, too, there’s the Openmoko GTA04, a new device based on the longstanding Openmoko project that’s available either as a finished phone or as a board that be inserted into the case from an older Openmoko Neo Freerunner or Openmoko Neo 1973.

Now available from German manufacturer Golden Delicious, the new device features an 800MHz ARM Cortex A8 processor with 512MB RAM; integrated barometer, gyroscope, accelerometer, and compass; and an optional camera. It can run Debian Linux and QtMoko, among other Linux distributions.

The device is pricey–about $877 for the upgrade board or about $985 for a complete phone–but group discounts are available. More importantly, the hardware is unlocked, fully hackable, and yours to do with as you will.

These are clearly not mobile devices for the average user, and they may or may not be worth the price. For those who like to tinker and customize their hardware, however, they offer a level of freedom that’s hard to beat.

A fresh update for LibreOffice