From Eqentia to Engagio: why entrepreneurs should have ‘blurry vision’

Social media entrepreneur William Mougayar loves to comment – on almost anything and almost anywhere. So it’s probably no surprise that his latest venture, Engagio, is all about enabling people to gather all their conversations from different social media site into a single site.

That’s right. No need to open up a tab each on your computer screen for Facebook, Twitter, LinkedIn, Disqus, Google+ or whatever. All you need is just one clean Engagio inbox for all your social networking conversations. It was such a cool idea that less than two months after Engagio’s launch, it received massive positive word-of-mouth endorsement and eventual seed funding of $540,000 from Rho Canada, New York-based venture capitalist Fred Wilson of AVC, Real Ventures, Mike Yavonditte  and Extreme Venture Partners. 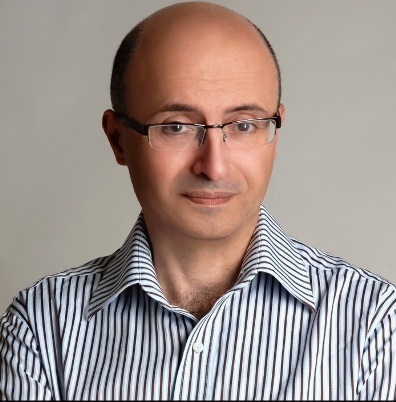 But before Engagio there was Eqentia Inc., a semantic news platform that aggregates Web content into topics enabling the user to curate content they care about. Technology news publisher ITWorld Canada is one of the businesses that have a stake in Eqentia.

Eqentia is still an ongoing venture, however, Mougayar said he was compelled to create another team for Engagio when its potential became apparent. He attributes this discovery to “blurry vision.”

“Building a business is not like erecting a building,” Mougayar told an audience of startup operators and marketing professionals at a recent entrepreneur meetup called Third Tuesday in Toronto.

There are times he said when keeping laser-focused to your original business plan can prove detrimental. Entrepreneurs need to have a feel for their market and keep their eyes open for opportunities, Mougayar said. “Columbus did not have a GPS when he set sail for the New World. All he had was this vision, this blurry vision that something good lay out there somewhere westward. It’s the same with startups.”

Mougayar said that he first connected with investor Wilson by frequently commenting on Wilson’s blog. When they finally met, Mougayar pitched his content curation platform Eqentia to Wilson. “I kept pitching it to him but he kept turning me down.”

However, Mougayar’s penchant for commenting eventually led Wilson to choose him as one of two persons to moderate the venture capitalist’s blog. “There were no formalities. I was surprised; Fred just announced it online,” said Mougayar.

Once on the job, Mougayar realized there was a problem. Keeping up with the thousands of comments that appeared on multiple social media sites each day can be a monumental challenge for a social media player. “Today the social Web is so fragmented and it’s not getting any better, it’s getting worse.”

“I had to go to several sites to track replies in order to determine who I was commenting on or responding to,” Mougayar said.

That was the market problem. The solution at that time was still “blurry” but the general idea was “a single social inbox” that allows users to manage all their social media discussion in.

“When I presented the idea to Wilson, he liked it. He said make it like Gmail, but for the social Web,” Mougayar recalled. He quickly got a team together to work on the new project.

Eight weeks later, the product was ready for testing. By December last year, Wilson announced Engagio’s beta testing on his blog. The service went from 20 users to over 3,000 just before its official launch.

At the Third Tuesday meetup, Mougayar received numerous queries from public relations and marketing professionals about what functionalities he planned to add Engagio.

They wanted to know if tools to measure various engagement metrics and classify comments according to different categories would be added. Some wanted to know if Engagio would enable tracking of news sites. Clearly there was business interest and partnership potentials for the new service, but Mougayar’s standard response to the queries was: “We have considered that. Perhaps we could discuss this later offline.”

The serial entrepreneur later explained to ITBusiness that he wanted to focus efforts on building up Engagio’s user base. “My focus is to sign up more users. If you have a large user base that proves traction. If you can prove traction you can attract more investors.”

For the moment, Mougayar want Engagio to serve consumers who want to manage their social media conversations. But he doesn’t count out making money out of Engagio by developing apps and services for businesses.

Other services such as TweetDeck and Hootsuite straddle Engagio’s market, but these services provide “lower level social engagement geared towards ‘liking’ and ‘retweeting’,” said Mougayar.

On the other end, services such as Radian6, Sysomos and Brandwatch provide higher end and higher-priced social media monitoring and CRM (customer relations management) functions ideal for business use.

For startup operators Mougayar has the following advise: