HTC’s new 8X Windows 8 phone is all about the sound and the pictures.

The “standout feature” of the phone unveiled Wednesday is itsfront-facing camera which features “the highest megapixel count of anyWindows Phone” at 2.1 megapixels, according to our source story from PCWorld. 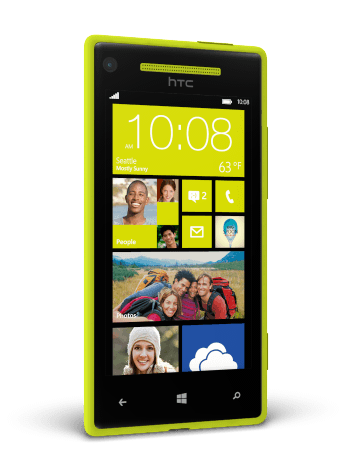 The handset also comes in a riot of bright colours if you’re soinclined sartorially: red, blue and yellow in addition to the customarygrey and black.

Other than that, though,PC World feels the HTC 8X “doesn’t differradically from the rest of the Windows Phone 8 family,” since many ofits features like NFC, lighter weight and LTE are becoming widespread.

Though it’s “a great addition to the Windows Phone 8 landscape, itseems unlikely to win over Apple (iPhone) fans,” PC Worldsummarizes.

Christine Wonghttp://www.itbusiness.ca
Christine Wong has been an on-air reporter for a national daily show on Rogers TV and at High Tech TV, a weekly news magazine on CTV's Ottawa affiliate. She was also an associate producer at Report On Business Television (now called BNN) and CBC's The Hour With George Stroumboulopoulos. As an associate producer at Slice TV, she helped launch two national daily talk shows, The Mom Show and Three Takes. Recently, she was a Staff Writer at ITBusiness.ca and is now a freelance contributor.
Previous articleAndroid celebrates its fourth birthday
Next articleUK founder of world’s first equity crowdfunding site coming to Toronto