Apple on Wednesday announced the next version of its popular iPad tablet, which will be faster than its predecessor and have a higher resolution screen.

Checks by Computerworld through 4:15 p.m. ET from multiple locations in the U.S. found the Apple e-store either still sporting a “We’ll be back soon” banner, or if it did load in a browser, becoming unresponsive during the purchase process.

Earlier today, Apple executives, including CEO Tim Cook, introduced “the new iPad” — the apparent official name of the tablet — and said that pre-orders would begin today.

The new tablet will be able to display images at a resolution of 2048 by 1536 pixels, which is around 3.1 million pixels, the company said at an event in San Francisco. That should enable the device to play sharper video.

The newest iPad improves on the company’s iPad 2, which became available last year and came with a 9.7-inch screen and a dual-core processor. The iPad 2 screen was able to display images at a 1024 by 768 pixel resolution. 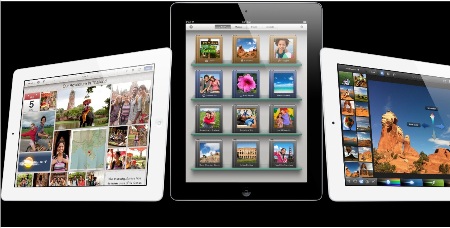 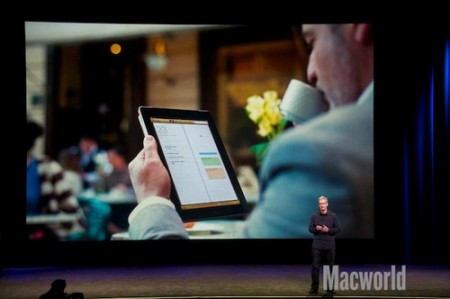 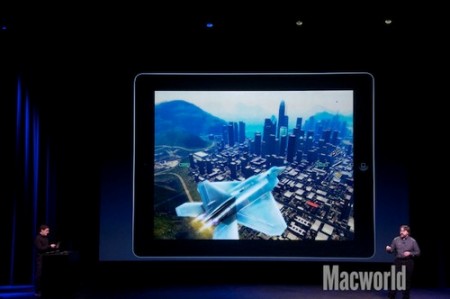 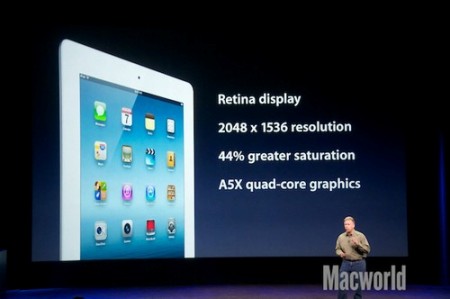 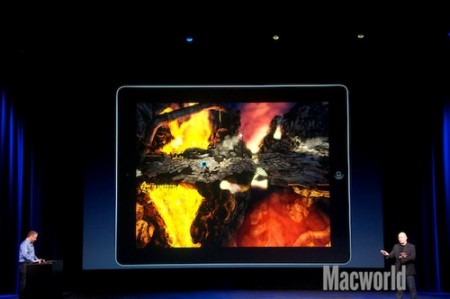 Epic Games’s president, Mike Capps, shows off their new product on the iPad 3.

The next iPad will also have software to make the device a personal hotspot. If a carrier supports it, the device can share a high-speed network with up to five devices.

Carriers including Verizon and AT&T, Rogers, Bell, and Telus will provide LTE connectivity for the new iPad.

The next iPad will provide 10 hours of battery life on active usage and nine hours on 4G usage. It will weigh 1.4 pounds (635 grams) and run on an A5X processor, which has a quad-core graphics cores, enabling high-resolution graphics.

The next iPad will have software to make it a personal hotspot. If a carrier supports it, the iPad can share a high-speed network with up to five devices.

The new iPad will be available March 16 in the U.S., Canada, U.K., France, Germany, Switzerland, Japan and Hong Kong. It will be available in 25 more countries a week later.
The company’s retail stores will start selling the new model on Friday, March 16. If Apple hews to past practice, the first iPads ordered online will arrive at customers’ doors on or slightly before that date.

Apple will sell the new iPad for the same prices as last year’s iPad 2: The Wi-Fi configuration will start at $499 for a model with 16GB of storage space, while tablets equipped to connect to 3G or LTE data networks will begin at $629.

(With notes from Greg Keizer)