Fewer Canadians to head south for Black Friday this year – even online: study 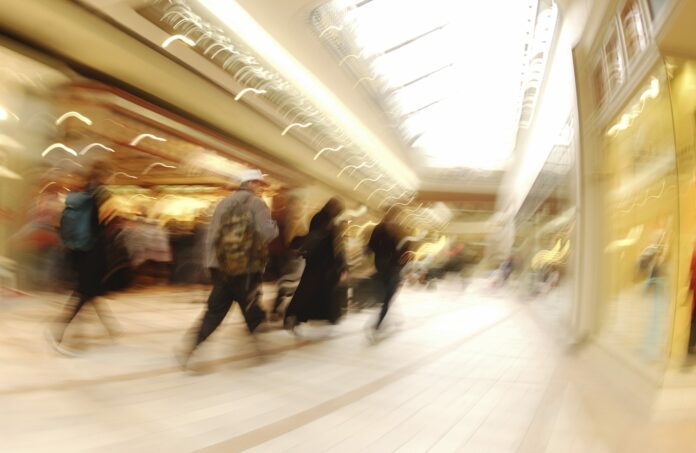 New research shows that bargain-hunting Canucks will likely shop on this side of the border for holiday deals this year – and many prefer to shop at Canadian retailers online.

The study, commissioned by UPS Canada, shows that fewer Canadians will be making the trip the U.S. for Black Friday this week. According to the findings, the number of Canucks who will either make the physical trip south or shop American retailers online is expected to drop 22 per cent when compared to previous years.

“In the past, we’ve seen Canadian consumers flock across the border to take advantage of Black Friday deals, but this year 84 per cent are unlikely to cross-border shop,” said Craig Calvert, director of customer solutions at UPS Canada, in a statement. “The market is changing and Canadian retailers have an opportunity to take advantage of consumer’s preferences to shop local by offering aggressive Black Friday deals to keep and grow their market share in Canada. As Black Friday continues to gain momentum north of the border, retailers will be forced to participate in the price slashing to meet consumer expectations, especially among Millennials who are most likely to shop south of the border.”

This comes after the American shopping holidays, specifically Black Friday and Cyber Monday, tradition picked up serious steam with Canadian consumers in the last few years. Between Canadians making the drive across the border to stand in line for bargains, and then picking up deals online from American retailers, many small businesses on this side of the border struggled to keep up with the fierce competition.

The respondents cited multiple reasons for sticking to local retailers for their holiday shopping, but more than half (56 per cent) attributed their decision to the plunging exchange rate, with another 39 per cent saying they preferred to shop local.

With more Canadians shopping close to home this year, the environment is ripe for retailers this side of the border to cash in on these projections. Almost a third (29 per cent) of those shoppers surveyed said noted that one of the reasons they were staying home this year is because local retailers were offering comparable Black Friday sales.

That also applies to ecommerce opportunities. The study showed that the large majority of shoppers (85 per cent) preferred to shop online, and this year about one-third of them (34 per cent) said they will choose a Canadian retailer to make their online purchases this season.

One of the major takeaways from the story, according to UPS Canada, is that retailers should place a strong focus on the post-purchase experience for consumers. The findings underscored the importance of several factors to ensure consumers stayed loyal:

UPS conducted the survey between September and October this year and compiled the responses of more than 1,500 shoppers from across the country.

Lindsey Peacockhttp://lindseypeacock.com
Lindsey Peacock is a freelance writer, editor and American expat based in Toronto. This proud Atlanta native has written for a variety of news and business publications across North America, including Business in Vancouver, BCBusiness magazine, Fort McMurray Today and The Atlanta Journal-Constitution. Blogging, sweet tea and black-and-white movies are a few of her favourite things.
Previous article
B2B marketers to invest heavily in content marketing and thought leadership: study
Next article
Canadian tech companies more concerned about talent than economy: study