Canadian businesses that use, possess, or acquire electronic sales suppression (ESS) software or devices will now face penalties of up to $50,000 per infraction as the Conservative government announced new measures today in its effort to crackdown on tax cheats.

Minister of National Revenue Kerry-Lynne Findlay was joined by Canadian Restaurant and Foodservices Association president and CEO Garth Whyte today in Edmonton to announce the new policy, according to a press release from the Canada Revenue Agency. Businesses caught for the first time using ESS will be fined $5,000 and $50,000 for every other infraction after that. But the penalties don’t stop there and are even more severe for the makers of ESS software. Those that try to develop or sell ESS software will be fined $10,000 on a first infraction and $100,000 on each subsequent infraction.

Related
Canada Customs digs up tax evasion in IT sector

It’s not the first time the CRA has made moves against so-called “zapper” software and devices. Designed to integrate into point-of-sales systems and electronic cash registers, the software can delete selected cash sales from computer records in order to help evade federal and provincial tax laws. In short, it allows businesses to put cash directly in their pockets and not pay the usual share to the tax man. In November 2012, the CRA warned it was aware of sales of ESS software to Canadian businesses and was investigating those who develop, sell, and use ESS software.

While the vast majority of restaurants in Canada comply with tax law, it is also one of the problem sectors for ESS software. The Canadian Restaurant and Food Services Association estimated that suppressed sales, described as “phantom cash sales” could tally $2.4 billion in 2009. In 2008, the CRA charged four restaurants with “zapping” nearly 200,000 cash transactions totalling $4.6 million.

An OECD report details an undercover sting organized in Canada targeting a software developer. Officers took the guise of wealthy prospective restaurateurs interested in opening new locations in Vancouver. After negotiating with the software developer for a zapper, enough evidence was gathered for a search warrant to be executed.

In Quebec, the provincial government had a Sales Recording Module device designed to store relevant receipt data and produce a digital signature that is also printed on each receipt. Quebec’s tax administration can use a hand scanner to verify the signature is valid. A periodic report can also be issued from the device in the form of a 2D bar code and sent via the administration’s secure Web site. 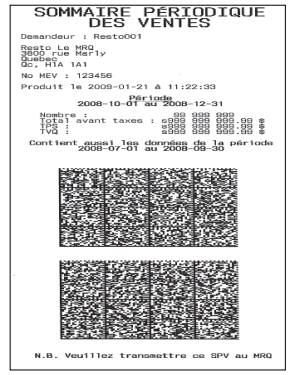 The CRA offers a voluntary disclosures program for businesses that wish to own up to their use of ESS software before a criminal investigation is started. “You may only have to pay the taxes owing plus interest, and you will not face penalties or prosecution in the courts,” the CRA claims.

Brian Jacksonhttp://www.itbusiness.ca
Editorial director of IT World Canada. Covering technology as it applies to business users. Multiple COPA award winner and now judge. Paddles a canoe as much as possible.
Previous articleChannel Elite Awards 2013 complete nominations
Next articleMarketers get a tailored, touch-optimized dashboard with Adobe Target