Imagine if you could learn to fly a helicopter by downloading software directly to your brain. Imagine if your eyes could see an object, overlaid with data, miles away in the dark. These science-fiction scenes from The Matrix and Terminator movies may be less fictional in the future, thanks to the fascinating science behind medical implants.

Interdisciplinary teams of surgeons, researchers, engineers, and computer scientists are creating complex electronics designed to work within the human body to simulate human functions. Today’s bionic technology helps people suffering from disease or disability, and may pave the way to a future where the blind can see and the deaf can hear. Researchers have achieved breakthroughs in medical science, but the level of improvement these advances offer doesn’t approach the level of typical human sight, sound, thought, or movement.

But implants are getting better, faster, and smaller; and experts say that they could be used to augment healthy human performance within five to ten years. A look at the current research in medical implants shows not only unprecedented potential for curing disease but also a new paradigm for understanding human potential. 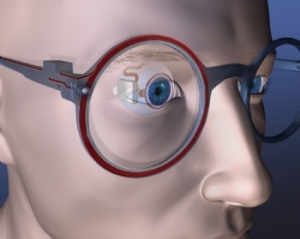 Since the late 1980s, the Boston Retinal Implant Project has been working to develop an eye implant for treating retinitis pigmentosa and age-related macular degeneration, two leading causes of blindness. The airtight titanium implant contains a 200-channel chip that sits in the eye socket and a wire coil that encircles the iris of the eye; a wireless computer-based controller outside the body handles data transfers. MIT visiting scientist and project member Dr. Shawn Kelly has been working on the project for 14 years. He expects to start human clinical trials in three years.

Patients fitted with the implant will wear glasses with a camera and carry a small pocket computer with a battery. The computer will read and analyze images and then send data to the implant, which will use electrodes to deliver electrical impulses to retinal nerve cells. They will see hundreds of pixels of data, rather than the millions of pixels of healthy sight, and they will need therapy to teach their brains to interpret the patterns of dots and color information.

“It will be a pixel scoreboard kind of image,” says Kelly.

But could implants eventually move beyond correcting vision to making it superhuman? Kelly speculates that the field of brain/machine interfaces, including the interface related to eyesight, will move toward performance enhancement, but any such application is a long way off.

“It’s just not there yet to risk someone with totally healthy vision,” says Kelly. 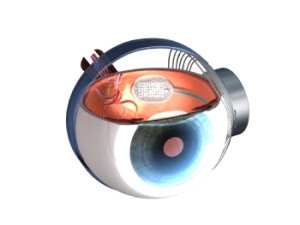 But even if the implant weren’t ready to dole out bionic vision, what if the input device were? What if you replaced the camera used to feed images to the implant with a night-vision camera that could give the user sight in total darkness?

The Argus II consists of electronics implanted in the eye, a camera mounted in sunglasses, and a video processor and battery pack worn on a belt. The implant has 60 electrodes, which loosely translates to a total of 60 pixels in an entire image. Keep in mind that a standard Web graphic contains 72 pixels per square inch; still, in the night-vision scenario, 60 pixels might be better than what you’d see on your own when the lights go out.

The previous Argus model had 16 electrodes. The next generation will have 240 electrodes, and a 1000-electrode device is on the drawing board.

At the heart of implant technology is the brain and the way it receives and interprets data. Georgia-based Neural Signals develops brain/computer interfaces designed to restore speech to people afflicted with a serious brain disease such as ALS or stroke. Most famously, Neural Signals’ chief scientist and CEO Philip Kennedy treated Erik Ramsey, who was diagnosed with locked-in syndrome after a serious accident in 1999. Though Ramsey had full ability to think and feel, he couldn’t speak at all. His only voluntary muscle control involved moving his eyeballs up and down. According to an October 2008 Esquire article, Kennedy used an implanted brain/computer interface to give Ramsey a chance to become the first human being to have his thoughts translated directly into speech.

Designed to detect activity in the speech motor area of the brain, Neural Signals’ neurotrophic electrode records electrical data and sends it to a computer, which then maps it to 39 phonemes (units of sounds for speech) in English. Speakers broadcast the reconstructed sound.

“I would like to see [the technology] be able to restore a near-conversational rate of speech with 100 short words so that these folks will be able to speak normally,” says Kennedy.

Kennedy expects to see performance-enhancing applications for brain/computer interfaces arrive within 10 years, given that the right people and the right money are involved. The challenge will be to access the brain in a way that won’t overwhelm it, Kennedy says, explaining that the direct-to-brain information downloads in The Matrix were unrealistic not in concept but in execution.

“The brain can’t suddenly download the information and instantly learn it,” Kennedy warns. “It takes some time to analyze the data.”

Brain implants pose some design challenges. For one thing, they are relatively thick, and the brain has a hard time tolerating them. For another, they’re wired with large contacts, which reduces the number of electrodes that can be implanted. Dr. Brian Litt, associate professor of bioengineering and neurology at the University of Pennsylvania, is working on two ways to reduce the size and increase the effectiveness of brain implants. In collaboration with John Rogers of the University of Illinois, he is putting active electronics on flexible sheets of rubber and plastic. Litt says that power is brought directly onto the device, near the brain tissues, as are design elements such as amplifiers and multiplexing circuits.

Meanwhile, in collaboration with David Kaplan and Fio Omenetto at Tufts University in Massachusetts, Litt is placing implant devices on dissolvable silk–a thin, flexible material that is also more biocompatible with the brain than rubber or plastic. Litt says that this technology will permit implants containing hundreds or thousands of contacts instead of today’s double-digit maximums. He hopes that silk implants will be ready for human testing in a year or two.

With regard to the technology’s potential for helping epilepsy patients, Litt says, “If we could take the refractory [uncontrolled seizure] rate from 35 percent to 31 percent, that would be a life well spent.”

“It’s a pretty small step to go from that to something that could be potentially used to enhance you in intelligence,” he says.

Government-funded and commercial labs aren’t focused on enhancement right now, partly because the technology isn’t quite there yet and partly because the medical industry is highly regulated. Researchers receive funding and Food and Drug Administration approval based on the purpose, safety, and effectiveness of the medical devices they seek to develop. They’re not eager to risk their livelihoods by focusing on giving you a surgical leg up on your tennis rival.

But freelance scientist Todd Huffman says that implant technologies being developed today may subsequently be modified to enhance capabilities that are already average or above average. “If you’re going through all the trouble of developing a prosthetic, what other nonnormal capabilities can be developed?” says Huffman.

Huffman’s thoughts about implants come from experience. Several years ago, he implanted a rare-earth magnet in the ring finger of his left hand as an experiment in performance enhancement. Now Huffman feels a vibration in his finger from active electrical appliances. When he picks up a hair dryer, he feels the current going through a hair dryer. He envisions a similar implant that could serve as the ultimate cell-phone silent mode, buzzing you with nary a sound to let you know when you’re receiving a call.

Huffman’s experiment raises questions that early adopters (you know who you are) should carefully consider. How would you use the enhancement? Would you have difficulty integrating with the rest of the world? What do you value about your current capabilities, and what would you be willing to risk? Huffman implanted the magnet in his least important finger in case he had to lose it.

“A lot of people who think about enhancement technologies don’t really think about the risks involved,” says Huffman. “Until you go and do an enhancement you can’t really understand what the cost/benefit analysis is.” 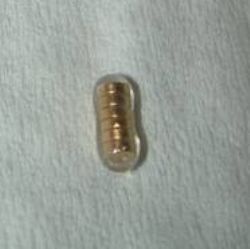 Neural Signal’s Kennedy welcomes using implants to augment human performance, so long as the technology is available to everyone. “If you have people with unlimited memory and unlimited data, and calculation abilities that are beyond all of us, they would be powerful individuals,” warns Kennedy.

Governing bodies have already shown themselves to be wary of technology-enhanced human performance, labeled “techno-doping.” Controversy surrounded Oscar Pistorius, a South African sprinter with two prosthetic lower legs, when he set his sights on the Beijing Olympics in 2008. The International Association of Athletics Federations (IAAF) initially deemed him ineligible due to the unfair advantage it feared the prostheses would give him. That decision was later overturned, but Pistorius did not run fast enough to qualify for the South African team. Stay tuned for the 2012 Olympics, when he is expected to try again.

A voice from the back of a University of Pennsylvania classroom spoke a more optimistic vision for implants. Dr. Litt was teaching his “Brain – Computer Interfaces” course, and opened a discussion about the ethics of using medical devices to augment human performance. Students in the class spoke up, aligning themselves on either side of the ethical divide. Some students thought that it would be cool to run a 2-minute mile. Others pointed to the complications of eugenics and argued that engineering superhumans was unethical.

But one student caught Dr. Litt’s attention by pointing out that the common ground reached by the two sides might be worth a lot to humanity: “Put them in a room together,” the student said, “Maybe they’ll cure cancer.”

5 tech titans who should never open their mouths in public

3D software keeps the peace between contractor and designer