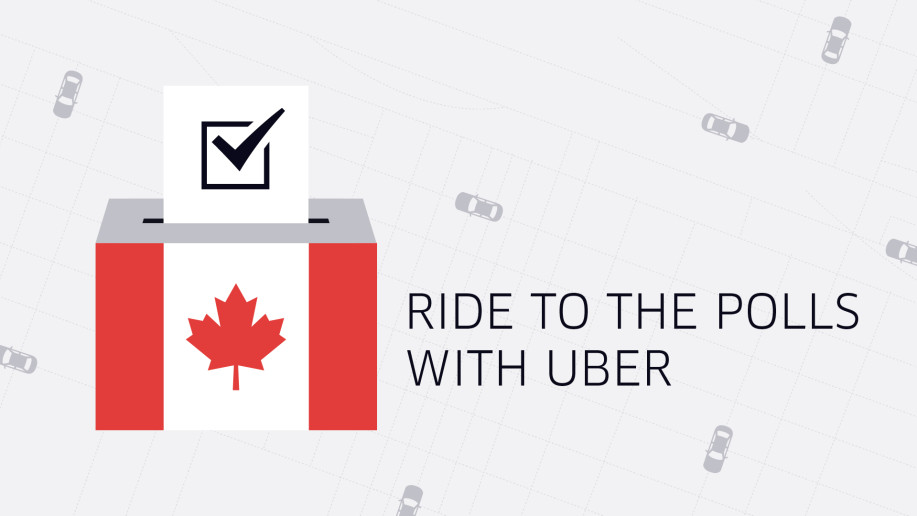 Some people reported receiving a 404 error when trying to visit the ElectionsCanada.ca website. Since the site is an authority on where you can cast your ballot, seeing it offline on election day was bad news.

We’re experiencing high volumes of traffic on our website. We appreciate your patience.

A short time later, the website appeared to be back online and Elections Canada reported the issue had been resolved. If you need to look up where your polling station is, go ahead. Also, if you encounter any problems at your stations, report them on Twitter using #pollwatch.

Our website is now working normally. Thanks for your patience.

Free rides to the polls

If you feel like riding public transportation to your poll is a bother and don’t feel like walking, Uber is offering free rides to new Uber users. (Sorry, if you’re already using Uber there’s no free ride on offer.)

If Uber operates in your city, you can sign up with the code “CanadaVOTES” to get a lift – up to $15 each way – and Uber has even added some patriotic flavour to its app, draping its cars with tiny Canadian flags.

New Uber users can ride FREE to + from the polls today up to $15 each way! See how: http://t.co/G1JmB6kajn #elxn42 pic.twitter.com/JrdexjLSSK

If you’re scouring Twitter to find out what politicians are saying on Election Day, don’t miss this tweet storm from political columnist Andrew Coyne. He announced his resignation from his position as the editorial page editor at the National Post in a 15-part series of numbered tweets.

After having his column, which advocated a vote for the NDP in today’s election, pulled by the publisher (who endorsed the Conservatives), Coyne felt it appropriate to resign in order to preserve his editorial freedom as a columnist.

So anyway… I have resigned as editor of Editorials and Comment for the National Post, effective immediately. I will remain a columnist.

But don’t spend too much time on Twitter. Remember to cast your ballot today before the polls close – with working websites and a free ride to the polls, you don’t have any excuse to miss out.