Eight spectacular tech fiascos and what they teach us

Related article: IT failure: A tale of three perspectives

“IT projects have terrible track records. I just don’t get why people don’t learn,” exclaimed Mark Kozak-Holland, author of Titanic Lessons for IT Projects (that’s Titanic as in the ship, by the way).

The reasons for project failure, resemble “a top 10 list that just repeats itself over and over again,” says Holland, who is also a senior business architect and consultant with HP Services.

A popular management concept these days is “failing forward” — the idea that it’s okay to fail, so long as you learn from your failures.

In the spirit of that motto we offer you this story of 11 IT projects that may have “failed” – in some cases, failed spectacularly – but from which the people involved were able to draw useful lessons.

You’ll notice that many of them are government projects. That’s not necessarily because government fails more often than the private sector, but because regulations and oversight make it harder for governments to cover up their mistakes.

Private enterprise, on the other hand, is a bit better at making sure fewer people know of its failures.

So here, in chronological order is our list of favourite IT boondoggles. Feel free to laugh at them – but try and learn something too.

In 1956, a group of computer scientists at IBM set out to build the world’s fastest supercomputer. Five years later, they produced the IBM 7030 – a.k.a. Stretch — the company’s first transistorized supercomputer, and delivered the first unit to the Los Alamos National Laboratory in 1961.

Capable of handling a half-million instructions per second, Stretch was the fastest computer in the world and would remain so through 1964.

Nevertheless, the 7030 was considered a failure. IBM’s original bid to Los Alamos was to develop a computer 100 times faster than the system it was meant to replace, and the Stretch came in only 30 to 40 times faster.

Because it failed to meet its goal, IBM had to drop Stretch’s price to $7.8 million from the planned $13.5 million, which meant the system was priced below cost. The company stopped offering the 7030 for sale, and only nine were ever built.

That wasn’t the end of the story, however. “A lot of what went into that effort was later helpful to the rest of the industry,” said Turing Award winner and Stretch team member Fran Allen at a recent event marking the project’s 50th anniversary. Stretch introduced pipelining, memory protection, memory interleaving and other technologies that have shaped the development of computers as we know them.

Don’t throw the baby out with the bathwater. Even if you don’t meet your project’s main goals, you may be able to salvage something of lasting value from the wreckage.

The Knight-Ridder media giant was right to think that the future of home information delivery would be via computer. Unfortunately, this insight came in the early 1980s, and the computer they had in mind was an expensive dedicated terminal.

Knight-Ridder launched its Viewtron version of videotex — the in-home information-retrieval service — in Florida in 1983 and extended it to other U.S. cities by 1985. The service offered banking, shopping, news and ads delivered over a custom terminal with color graphics capabilities beyond those of the typical PC of the time.

But Viewtron never took off: It was meant to be the the “McDonald’s of videotex” and at the same time cater to upmarket consumers, according to a Knight-Ridder representative at the time who apparently didn’t notice the contradictions in that goal.

A Viewtron terminal cost $900 initially (the price was later dropped to $600 in an attempt to stimulate demand); by the time the company made the service available to anyone with a standard PC, videotex’s moment had passed.

Viewtron only attracted 20,000 subscribers, and by 1986, it had been canceled. But not before it cost Knight-Ridder $50 million. The New York Times business section wrote, with admirable understatement, that Viewtron “tried to offer too much to too many people who were not overly interested.”

Nevertheless, BusinessWeek concluded at the time, “Some of the nation’s largest media, technology and financial services companies … remain convinced that some day, everyday life will center on computer screens in the home.” Can you imagine?

Sometimes you can be so far ahead of the curve that you fall right off the edge.

Two Western states spent the 1990s attempting to computerize their departments of motor vehicles, only to abandon the projects after spending millions of dollars.

First was California, which in 1987 embarked on a five-year, $27 million plan to develop a system for keeping track of the state’s 31 million drivers’ licenses and 38 million vehicle registrations.

But the state solicited a bid from just one company and awarded the contract to Tandem Computers. With Tandem supplying the software, the state was locked into buying Tandem hardware as well, and in 1990, it purchased six computers at a cost of $11.9 million.

That same year, however, tests showed that the new system was slower than the one it was designed to replace.

The state forged ahead, but in 1994, it was finally forced to abandon what the San Francisco Chronicle described as “an unworkable system that could not be fixed without the expenditure of millions more.” In that May 1994 article, the Chronicle described it as a “failed $44 million computer project.”

In an August article, it was described as a $49 million project, suggesting that the project continued to cost money even after it was shut down. A state audit later concluded that the DMV had “violated numerous contracting laws and regulations.”

4. The LAMP that never burned

Regulations are there for a reason, especially ones that keep you from doing things like placing your future in the hands of one supplier.

Meanwhile, the state of Washington was going through its own nightmare with its License Application Mitigation Project (LAMP).

Finally, it became apparent that not only was the cost of installing the system out of control, but it would also cost six times as much to run every year as the system it was replacing. Result: plug pulled, with $40 million spent for nothing.

When a project is obviously doomed to failure, get out sooner rather than later.

In 1993, FoxMeyer Drugs was the fourth largest distributor of pharmaceuticals in the U.S., worth $5 billion.

In an attempt to increase efficiency, FoxMeyer purchased an SAP system and a warehouse automation system and hired Andersen Consulting to integrate and implement the two in what was supposed to be a $35 million project. By 1996, the company was bankrupt; it was eventually sold to a competitor for a mere $80 million.

The reasons for the failure are familiar. First, FoxMeyer set up an unrealistically aggressive time line — the entire system was supposed to be implemented in 18 months. Second, the warehouse employees whose jobs were affected — more accurately, threatened — by the automated system were not supportive of the project, to say the least.

After three existing warehouses were closed, the first warehouse to be automated was plagued by sabotage, with inventory damaged by workers and orders going unfilled.

Finally, the new system turned out to be less capable than the one it replaced: By 1994, the SAP system was processing only 10,000 orders a night, compared with 420,000 orders under the old mainframe.

FoxMeyer also alleged that both Andersen and SAP used the automation project as a training tool for junior employees, rather than assigning their best workers to it.

In 1998, two years after filing for bankruptcy, FoxMeyer sued Andersen and SAP for $500 million each, claiming it had paid twice the estimate to get the system in a quarter of the intended sites. The suits were settled and/or dismissed in 2004.

No one plans to fail, but even so, make sure your operation can survive the failure of a project.

It’s easy to forget these days just how desperate Apple Computer was during the 1990s. When Microsoft Windows 95 came out, it arrived with multitasking and dynamic memory allocation, neither of which was available in the existing Mac System 7.

Copland was Apple’s attempt to develop a new operating system in-house; actually begun in 1994, the new OS was intended to be released as System 8 in 1996.

Copland’s development could be the poster child for feature creep. As the new OS came to dominate resource allocation within Apple, project managers began protecting their fiefdoms by pushing for their products to be incorporated into System 8.

Apple did manage to get one developers’ release out in late 1996, but it was wildly unstable and did little to increase anyone’s confidence in the company.

Before another developer release could come out, Apple made the decision to cancel Copland and look outside for its new operating system; the outcome, of course, was the purchase of NeXT, which supplied the technology that became OS X.

Copland did not die in vain. Some of the technology seen in demos eventually turned up in OS X. And even before that, some Copland features wound up in System 8 and 9, including a multithreaded Finder that provided something like true preemptive multitasking.

Project creep is a killer. Keep your project’s goals focused.

Sainsbury’s, the British supermarket giant, was determined to install an automated fulfillment system in its Waltham Point distribution center in Essex.

Waltham Point was the distribution center for much of London and southeast England, and the barcode-based fulfillment system would increase efficiency and streamline operations. If it worked, that is.

Installed in 2003, the system promptly ran into what were then described as “horrendous” barcode-reading errors.

Regardless, in 2005 the company claimed the system was operating as intended. Two years later, the entire project was scrapped, and Sainsbury’s wrote off £150 million in IT costs.

A square peg in a round hole won’t fit any better as time goes on. Put another way — problems that go unaddressed at rollout will only get worse, not better, over time.

In June 1997, Electronic Data Systems and U.K.-based SHL Systemhouse started work on a Canadian national firearm registration system. The original plan was for a modest IT project that would cost taxpayers only $2 million — $119 million for implementation, offset by $117 million in licensing fees.

But then politics got in the way. Pressure from the gun lobby and other interest groups resulted in more than 1,000 change orders in just the first two years.

The changes involved having to interface with the computer systems of more than 50 agencies, and since that integration wasn’t part of the original contract, the government had to pay for all the extra work. By 2001, the costs had ballooned to $688 million, including $300 million for support.

But that wasn’t the worst part. By 2001, the annual maintenance costs alone were running $75 million a year.

A 2002 audit estimated that the program would wind up costing more than $1 billion by 2004 while generating revenue of only $140 million, giving rise to its nickname: “the billion-dollar boondoggle.”

The registry is still in operation and still a political football. Both the Canadian Police Association and the Canadian Association of Chiefs of Police have spoken in favor of it, while opponents argue that the money would be better spent otherwise.

Define your project scope and freeze specifications before the requests for changes get out of hand. 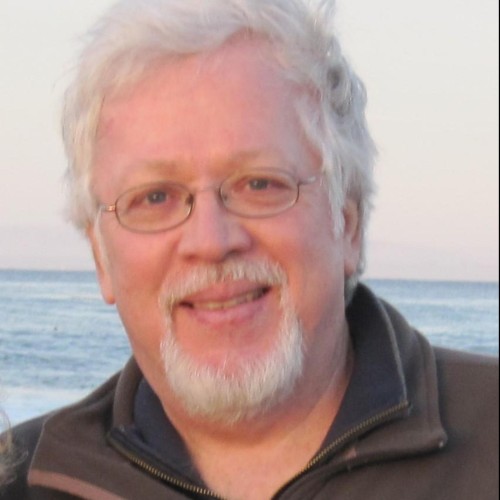 Sub-zero smartphones: which devices can bear the cold? [Infographic]

Why government Open Data initiatives are a boon for business

The many ways Facebook could wreak havoc at work