It’s the holiday season again, and in our quest for presents for the techies among our friends and family we discovered a surprising number of giftable goodies.

Some of these are more practical than others. But all are from Canadian companies.

Let’s take a cross-country tour and check out a few of them.

1. Bold and the beautiful

Let’s start with probably the most famous of Canadian tech companies, Research in Motion, and its 3G+ BlackBerry Bold 9700. 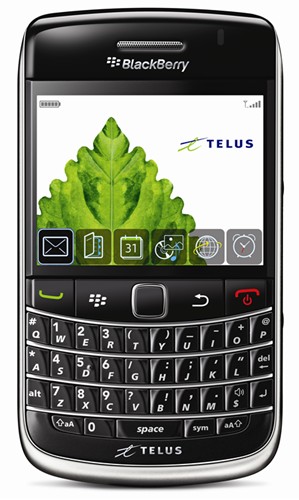 It offers throughput of up to 3.6 Mbps, a 3.2 megapixel autofocus camera with face recognition and zoom, Wi-Fi, Bluetooth, GPS – all of the stuff information workers want.

Plus, of course, it does e-mail.

The Bold 9700 is available from any of the three major carriers for prices ranging from $229 to $299 with a contract.

Let’s move to the very other end of the scale to something far, far less pricey.

For 99 cents you can get an iPhone app called iW, aka One Word.

It’s a game for verbivores (just so you know, verbivores “devour words”); its object is to guess a word, with your only clue being one of 70,000 provided definitions.

By mid-December, there will be a multiple choice version rather than today’s edition that makes you type in your guess.
Visit www.codestir.com or find it in the Apple App Store.

Want something even less expensive? BumpTop’s basic version is free — now you can’t do better than that(the Pro version costs $29). 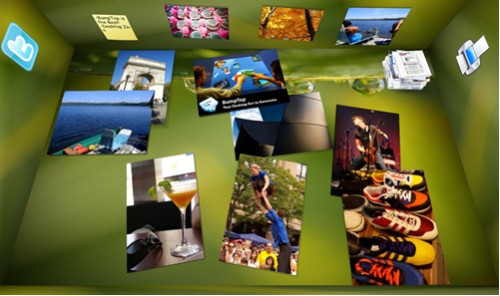 Coming to you from downtown Toronto, it’s an app for PCs that lets you interact with your computer desktop much as you would do with your office space.

You can organize items into piles and stick things on the walls of your virtual cube, toss them onto a USB key or publish them to social networking sites.

If your computer supports multi-touch, you can fling things around with even more abandon, flipping through piles with a simple gesture.

Since a download is not exactly something you can wrap, we’ll have to step outside the country to acquire a USB flash drive to store it on; I haven’t found a Canadian manufacturer yet. 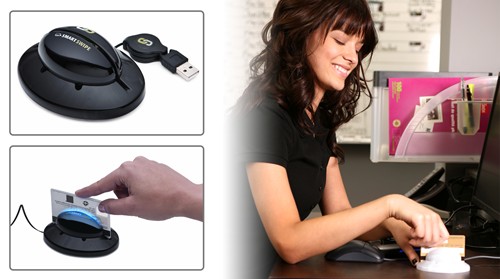 Load the software, plug the reader into your computer, and swipe your card, and the program will securely enter the card number and other data into the appropriate fields on many popular shopping sites.

If the site is not in its database, the program will ask for assistance in placing each item. It’s even smart enough to decline to proceed if you’re using an expired card.

The company says that even if your computer is infected with malware, your card number is safe because it’s encrypted in the reader, and is never displayed, so keyloggers and screen scrapers are bypassed.

You’ll find SmartSwipe at Future Shop, Costco, and other outlets (there’s a dealer locator on the Web site), or online. List price is $99.95.

5. Video in your pocket

If a little surreptitious video would amuse you (or the person you’re gifting), have a look at the uCorder, from Toronto’s iRES Technology Corp. It’s a wearable mini-camcorder that clips into a shirt pocket like a plump pen.

You simply press the record button and go about your business, and it will pick up audio and video for up to a couple of hours on a single charge (it also has an audio-only option).

The uCorder also has a built-in lanyard loop, as well as a clip to allow it to be pinned onto pocketless clothing. At 640 x 480 resolution, it’s perfect for recording family events to be posted online.

It has, however, no screen, so you have no way of seeing what you’ve recorded until you plug into a computer with the included micro-USB cable and view; the device looks like a flash drive to the computer (it works with Windows, Mac and Linux systems) and the recordings are AVI files, so no extra software is required.

You can purchase uCorder online, or check the Web site for a list of retailers that carry it.

For $17.99, you get a mini-tripod for your iPhone, an adapter so you can use the device on a standard tripod, and software that enhances the iPhone camera with time-lapse photography.

There’s also a burst feature enabling users to take photos at 10 second intervals, and a digital level so your pictures won’t be on a weird slant unless you intend them to be so.

It also allows users to view multiple images on one screen.

7. Headset with an attitude

Now we’re heading back West to Calgary for some cool and funky audio. The Psyko 5.1 gaming headset from Psyko Audio Labs (www.psykoaudio.com/) lists for $US299.99 – kind of expensive at first blush.

But this is a headset with Attitude. Its unusual design doesn’t pump sounds through the earpieces; the five speakers are actually placed across the headband, with WaveGuides (special tubes) directing audio to both ears to create 3D sound.

The ear cups contain subwoofers to increase the impact.

We’re eastward bound for our final item. Waterloo’s Intelligent Mechatronic Systems Inc. (IMS) has come up with a helper for the BlackBerry addict.

This is iLane, a Bluetooth-connected box that sells for $399. 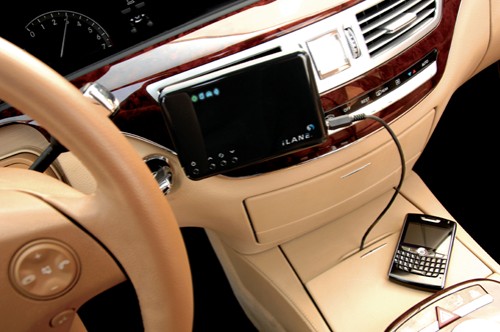 It lets you operate your smartphone (initially BlackBerry only, but additional device support is planned for next year) with voice commands while you’re driving.

It will manage voice calls, SMS, your calendar, and even read you your e-mail. Say “Reply” and you can dictate a response. iLane also offers news, sports and weather on demand.

You’ll find it at Bell stores.

Lynn Greiner
Lynn Greiner has been interpreting tech for businesses for over 20 years and has worked in the industry as well as writing about it, giving her a unique perspective into the issues companies face. She has both IT credentials and a business degree.
Previous articleClever tweets help Naked Pizza do booming business
Next articleVisual Studio 2010 beta 2 boosts testing capabilities