The Canadian government’s proposed startup visa program may be onto something, at least when compared with recent remarks by a bastion of Silicon Valley tech training and education.

Stanford University president John Hennessy dropped by the Universityof Waterloo to give a speech about online education recently, then gavean interview to a publication put out by Communitech, a local incubatorand tech hub in the Ontario city.

“In trying to pull apart what worked, for Stanford a big issue is thatwe are a giant importer of talent and it’s not just undergraduates…Younot only need the inventions and the discoveries, the Sergeys (Brin)and Larrys (Page) who go and find the Google search algorithm, but thenext 50 people who come from Stanford with PhDs or master’s degrees whogo to Google actually are critical to the future of the company,”Hennessy said, referring specifically to the big component of foreigntalent in Stanford’s master’s in engineering program. 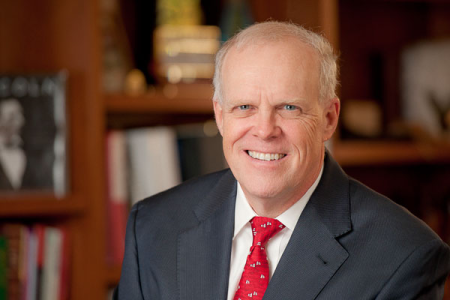 The new program put forward by Ottawa would issue visas to 2,750immigrants identified by Canadian venture capitalists as potentialstartup entrepreneurs. The VC funds would be required to invest inthose immigrants and checks would be in place to make sure thatinvestment actually happens.

Hennessy also cautioned that it’s unrealistic to expect another SiliconValley type of region to spring up quickly, saying Silicon Valley “hasevolved over a long period of time and I think it’s important tounderstand it didn’t happen overnight.”

He spoke positively of what he saw at Waterloo U: “It has a lot of thekey parts and I think giving it time and nursing it and growing it,that’s going to be key.”

Christine Wonghttp://www.itbusiness.ca
Christine Wong has been an on-air reporter for a national daily show on Rogers TV and at High Tech TV, a weekly news magazine on CTV's Ottawa affiliate. She was also an associate producer at Report On Business Television (now called BNN) and CBC's The Hour With George Stroumboulopoulos. As an associate producer at Slice TV, she helped launch two national daily talk shows, The Mom Show and Three Takes. Recently, she was a Staff Writer at ITBusiness.ca and is now a freelance contributor.
Previous articleAnd the winner of the Multiplicity Accelerator challenge is … cream.hr
Next articleRIM inks mobile payments technology deal with EnStream