Donate without spending a dime with CauseWorld iPhone app

Suddenly, I’m hit with a pang of shopper’s guilt.

Surrounded by extraordinary excess—$255 for a shaving kit?—and confronted by my wasteful ways, I’m feeling like one of Holden Caulfield’s phonies (thanks for many great reads, Mr. Salinger). Never mind I’m only window shopping because I really can’t afford any of this.

So I whip out my iPhone and search for an app that will make me feel better. After all, that’s why I carry an iPhone in the first place. Today’s self-help app is CauseWorld, a clever app that turns retail marketing dollars into donations for good causes. 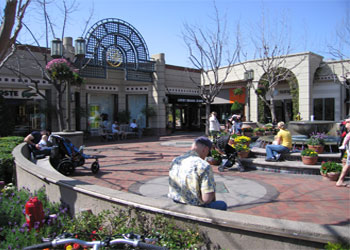 Feeding chimps in the Congo, while shopping in the Broadway Plaza.

Here’s how it works: The app lets you collect karma points by “checking in” at stores and restaurants. Then you allocate karma points among 18 charities, including notable organizations like Lance Armstrong’s LiveStrong Foundation and The American Red Cross.

Shopkick, creator of the CauseWorld app, declined to disclose the dollar value of each karma point. However, CauseWorld users have collectively raised hundreds of thousands of dollars so far. “We’re donating at a rate of $200,000 a month,” says Cyriac Roeding, CEO of Shopkick, which charges a 20 percent handling fee.

The money comes out of the marketing budgets of Procter & Gamble (PG), Citi and Kraft Foods (KFT), which sponsor the program. Citi alone has already donated $700,000 on behalf of CauseWorld users. More than 325,000 people have downloaded the app since its debut in December last year.

“Two GlobalGiving partner projects have already received over $20,000 each,” says Donna Callejon, chief business officer at GlobalGiving. “The funds generated by CauseWorld will provide over 100,000 pounds of oranges, a staple of nourishment for rescued chimps at the Jane Goodall Institute in the Congo. And in Sudan, thousands of refugees will have access to clean water.”

Yet the plight of refugees in third-world countries seems utterly distant as I saunter down Main Street—until, of course, I call up CauseWorld. The app quickly gives me a list of nearby shops and restaurants based on my GPS location. I’m allowed 10 check-ins every 24 hours with a minimum of three minutes between each check-in. A check-in earns you five karma points.

Oddly, I don’t have to be actually in the store to check into it. “The GPS is not good enough to know whether you’re inside the store or not,” Roeding says. But I can’t check into stores while sitting on the sofa at home, either. I have to be within .1 mile of a store.

Being an Apple addict, I headed straight to the Apple Store. To my surprise, it wasn’t on CauseWorld’s list of stores. A few boutique shops also didn’t appear, while some stores that are no longer in the shopping center showed up. Nevertheless, checking into stores is a simple, mindless process.

You can earn extra karma points by scanning products and connecting CauseWorld with Facebook, which I didn’t do. The wording on the Facebook connection option is a little daunting: CauseWorld will automatically post messages on your page. Feeding chimps is great, but giving an app control over my Facebook home page is asking too much.

Since my CauseWorld adventure, I haven’t used the app on many subsequent shopping trips. It’s not that I don’t care about good causes, I just simply forgot about the app. I didn’t even check into stores when I went back to the Mecca and bought that shaving kit. Now that’s being a phony.

Tom Kaneshige is a senior writer for CIO.com in Silicon Valley. Send him an email at tkaneshige@cio.com.