Who will win the category? Attend the Digital Transformation Conference and Awards on Aug. 8 and find out. Register today 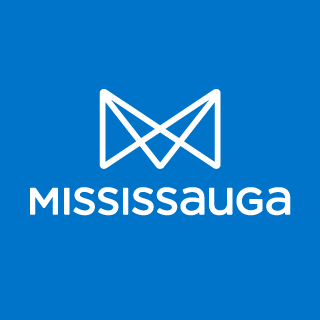 Trying to run a large municipal organization with cumbersome processes – many of which were not digitized – became unsustainable for the City of Mississauga as it experienced growth in recent years.

Their previous processes were far too manual and increasingly left them exposed to the risk of breaking compliance and best practices. Furthermore, it didn’t leave them the time needed to proactively develop strategies for the future of the city.

Some key business model changes achieved include a shift to self-service models internally and externally, greater accountability and audit features that automate the City’s controls, capturing data and approvals only once, paperless and digitized documents, automated workflows and processes and enabling mobility in accessing data and systems from anywhere, anytime on any device.

“We’ve got our HR systems and our financial systems on one platform and we have mobility,” according to Gary Kent, the commissioner of corporate services and chief financial officer for the City of Mississauga.

The man hours saved in their finance department included: an estimated efficiency gain of over 6,000 staff hours/year to prepare procurement card expense reports, 163 hours/year eliminated for accounts payables to review and file 9,300+ paper forms as well as an annual efficiency gain of approximately 78 hours for a records management assistant, and the elimination of 10 hours/year spent by a records management assistant to prepare labels for the new files and 2 days to prepare file folders with barcodes for record tracking.

In their HR department, they were able to digitally process 35,000 potential employees, which allowed them to hire and fully onboard 1,200 employees before they even arrived for their first day of work.

The County of Bruce 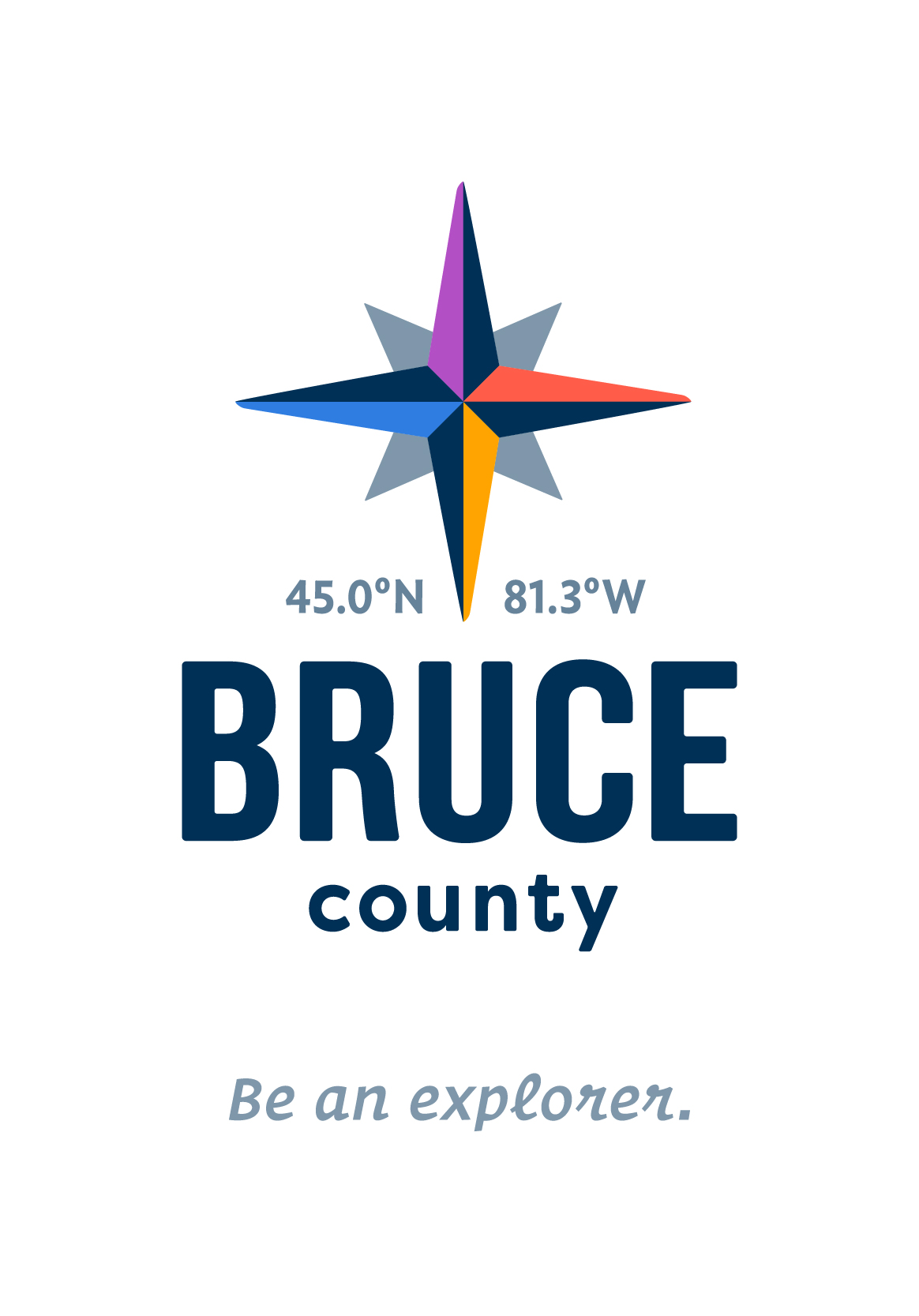 The County of Bruce has much of its staff spread out over a large area and within many different facilities. In fact, its 800 staff members are divided among 42 locations, each an average of 45 km apart.

This makes communication a key factor in the operations of the county.

Upon the realization that their legacy communications systems (which included phone lines, trunk switches, and trunk lines) were not able to keep up with the need they had, their ITS (information technology services) team sprang into action to devise a new system that would accommodate them.

They developed a plan for a system they named Bruceworx, a cloud-based data-sharing solution based on Microsoft Office 365, SharePoint Online, and Skype for Business. The county received funding to create a cross-functional team to push the project forward.

“CIE was cool, but these changes looked scary. Yet, here was our team, just doing it. This made it simple to promote. We were able to take the ITS team’s roadshows for staff buy-in, showing them how cross-functionality could change the landscape of Bruce County,” said Bettyanne Cobean, the county’s director of corporate services.

With Bruceworx now complete, County workers are able to see who is online, jump into video chats at a moment’s notice, and file share, all from one system.

It has drastically cut down on the need for travel between departments, and dramatically improved the lines of communication between staff members.

The City of Markham has been quite active in its own digital transformation over the past several years with its Digital Markham initiative, which included its recently released online engagement platform, Your Voice Markham.

Speaking in a previous interview with IT World Canada, Mayor Frank Scarpitti said that technology should be leveraged to provide better service to the population.

“It’s embracing technology where technology allows us to provide better service to our residents,” he said. “And also to save money. It’s got to accomplish both.”

Additionally, Scarpitti noted that he believes open mindedness towards technological shifts is a byproduct of the culture in Markham.

“I have to say it’s part of our culture here in the community,” said Scarpitti. “We are the second largest IT hub in Canada. So in part I think it’s the fabric of our community and what’s here.”

Its newest endeavour was the digitization of the voting process.

Until last year online voting in Markham was only available in the early voting period. But in last October’s election, they made it available throughout the entire voting process. And in fact, on the final day of voting, only online voting was available for fear of too many people showing up to the voter assistance centres.

All in 91.3 per cent of voters voted online with an overall satisfaction rate of 97 per cent for online voters.

Workplace Safety and Insurance Board (WSIB)

It’s a story we’ve heard before – a large public sector entity looking for a way out of the manual and cumbersome processes that still linger across the business.

In this case, it was the Workplace Safety and Insurance Board a few years back that was looking to ditch its fax machines, reduce physical mail, and eliminate manual tasks. 82 per cent of claim information, which is more than 2 million documents, was physically received and manually uploaded into the WSIB’s claim system every year.

They also heard from its clients – they wanted to see improvements too.

So the organization came up with a three-year strategic plan to make it more proactive in today’s fast-paced world.

The strategy includes an agile approach to new projects and improvements, and the application of digital tools that are essential for building mobile and real-time web apps.

In 16 weeks, the document upload solution was born. Not only did it represent the WSIB’s first use of agile development, it helped them return their focus to helping people access the benefits they need to recover and get back to work, as opposed to worrying about where information was residing and performing tiresome manual tasks.

The document upload solution helped the WSIB speed up the processing of claims by 90 per cent, and reduced the number of sheets of paper and envelopes by 150,000.

Customers were pleased too. The organization scored an 80 per cent customer satisfaction rating, thanks to the fact that customers could now submit claim information online.

Another transformation was taking place in a different part of the organization at the same time. Stakeholder Compliance Services, responsible for programs such as audit, investigation, surveillance and benefit confirmation needed a new digital solution to improve efficiency and effectiveness. Read how they worked with KPMG and  Global Alliance Partner, ServiceNow, to build a new case management system and proceed with the migration of workflow tools. 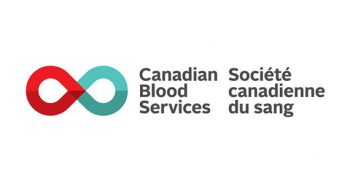 Canadian Blood Services relies on donations to be able to maintain a steady supply of blood – and the red blood calls, plasma, and platelets that can be manufactured from it – to the Canadian healthcare system. But as more of society moved towards a more digital world, it was having trouble recruiting people to donate and it was seriously affecting its ability to meet that supply need.

Its previous system of using call centres to recruit was simply not working anymore. What once took three or four calls to get someone to sign up for an appointment was now taking upwards of 30. And while it had digital channels for recruitment, it was only receiving about 6 per cent of its appointments through those channels.

This was leading to increased costs and shortages in supply.

About five years ago it made a decision to focus more heavily on those digital channels.

In the five years since that revelation it has launched many digital tools to remodel its recruitment process.

And the success is apparent in the data.

In 2014 its digital engagement – as measured by its appointment self-serve digital bookings – was at 6 per cent. That number has climbed steadily every year since, and now sits at 55 per cent, and Michaelis says he believes that number will be 70 per cent by the end of the fiscal year. Additionally, the organization has now gone 18 months without an inventory supply crisis; its longest such streak in five years.