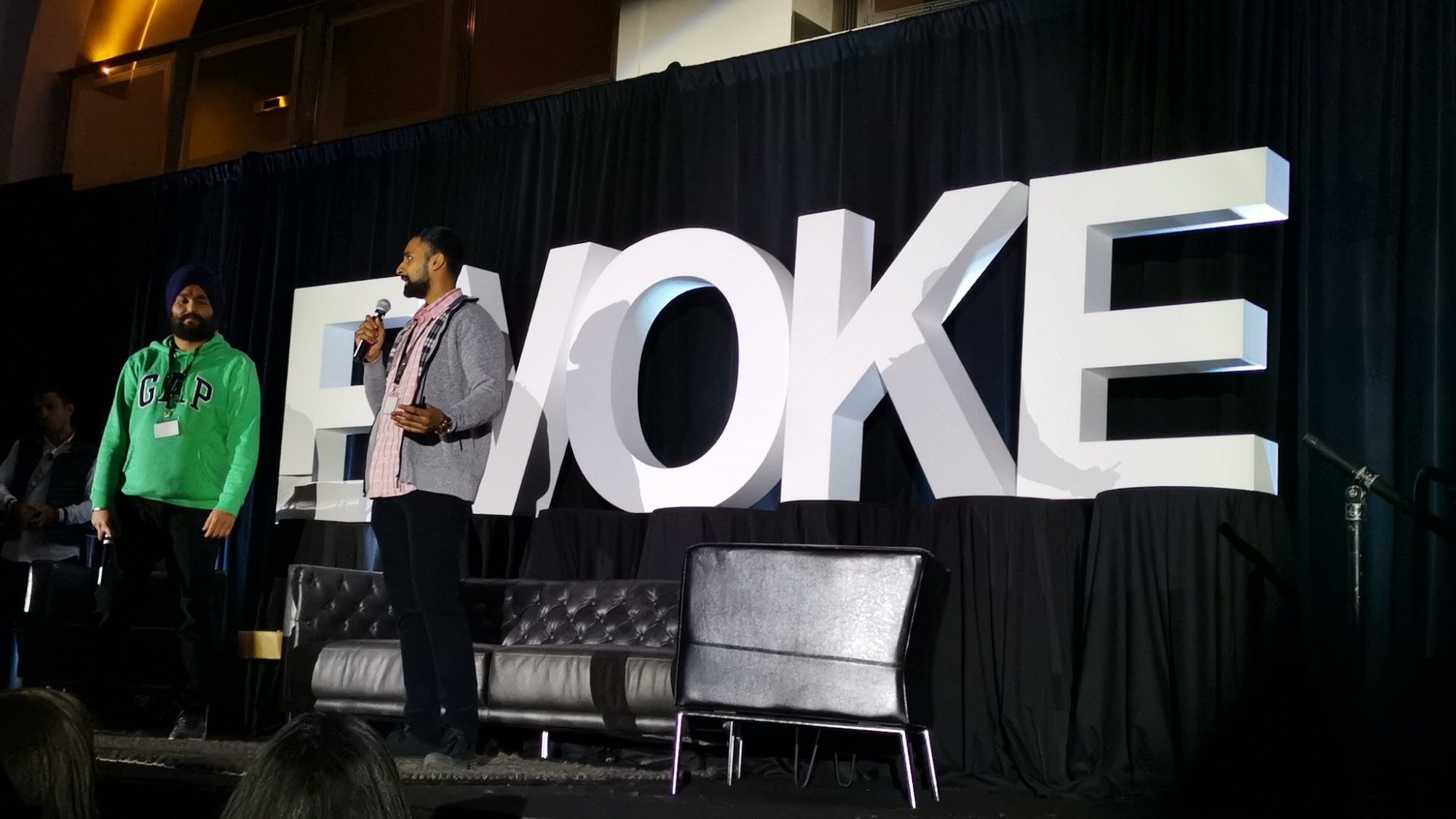 An effort to bring recognition to Canada’s talented young developers expanded beyond just one list of luminaries this year; adding on a developer conference and a hackathon event as well.

The Developer 30 under 30 list is in its third year and is an awards program created by Plastic Mobile, a Havas-owned agency co-headquartered in Toronto and New York.  Its intent is to recognize the young developer talent that is at work in Canada’s innovation economy. For 2019, the event expanded under the brand of Evoke, hosting a two-day conference and a hackathon event in Toronto last week, with top-line sponsors including IBM Canada, Microsoft Canada, Sun Life Financial, and CIBC.

The list features young talent like Flora Liao, 27, a lead user interface developer at Sun Life Financial. Not only did she break through onto the top 30 list – thanks to a nomination from her manager – but she participated in the hackathon event alongside her colleagues too. The team, dubbed Ctrl Alt Elite, came up with a Voice ID product for call centres. Using machine learning, it would analyze a customer’s voice in order to identify them, providing better security and eliminating the need for a set of security questions every time someone calls in. (How many times has your bank asked you for your mother’s maiden name?)

“It’s great to acknowledge the developers under 30. Especially in Canada, you don’t really hear about these awards,” Liao said in an interview. “I hope to inspire more women developers to come out and they can compete. I know it’s a male-dominated field, but if we can just show ourselves, then we can be acknowledged.”

Liao, who described herself as “liking all the pretty things” in her biography for the 30 under 30 list, says her strong suits as a front-end developer are paying attention to detail and taking a visually-oriented approach. She realized her passion for web development when she was in university, and while others in her group were focused on the database, she spent time on making the charts beautiful. As a result, the teacher’s assistants grading the work found that it stood out from the crowd.

“I like to make things pop,” she says. “I like to focus on the audience who are using my websites.”

Judges use a blinded process to determine winners

Asked if diversity is a factor considered for the 30 under 30 winners list, organizer and judge Opi Marok, vice-president of partnerships and client experience at Plastic Mobile, explains that the judging process uses a blinded system to remove bias from the equation. Judges aren’t provided nominee names or photos, just their submitted applications.

“What we’re looking for is not only great developers, but great developers that support the overall development of other developers in the eco-system,” he says. “You’re helping the entire community at large… we have a lot of folks that really do focus their efforts on being mentors, not only in technology, but in other spaces.”

Marok says the Developer 30 under 30 program aims to serve as a beacon for Canadian developers to stay in the country. With many forecasting skill shortages in technical fields, there is always the lure of a lucrative offer from someone south of the border to consider. To that end, there was “one piece missing” in the past two years, Marok says, which was the conference component of the event.

Plastic Mobile has been able to draw in key partners to sponsor the event and supply speakers, and other firms encouraged developer employees to take part in the hackathon, Marok says.

Jenny Alfandary, a digital innovation consultant and an IT professor at Humber College, helped in judging the 30 under 30 list nominations.  She describes the process as very solid, involving both in-person and online meetings for judges. She received a package of more than 300 pages detailing the nominee’s profile information.

“I have seen so many bright and talented developers, data scientists, and AI researchers,” she says. “I encourage my students to participate and I actually kind of figure out who our best candidates are and I advise them to join.”

The number of people that applied to be featured on the list doubled from last year, Marok estimates. He’s confident the list will be seen for many more years to come.

Brian Jacksonhttp://www.itbusiness.ca
Editorial director of IT World Canada. Covering technology as it applies to business users. Multiple COPA award winner and now judge. Paddles a canoe as much as possible.
Previous articleIkea and Sonos fuse smart speakers with furniture
Next articleHashtag Trending – Ikea-Sonos love child; exam-avoiding students arrested; how to get a job