Demand for the Raspberry Pi, a low-cost PC developed in part by students and researchers at Seneca College in Toronto has overwhelmed the site’s ordering system for the bare-bones computer.

“We’ve temporarily changed to a static site, while we’re experiencing a very high level of traffic for the launch of the Raspberry Pi. The full site will return once traffic levels have subsided, hopefully later on today,” a message on the Raspberry Pi Foundation site read on Wednesday shortly after at the computer when on sale.

In fact the huge demand was anticipated by Chris Tyler, professor at the School of Computer Studies in Seneca. 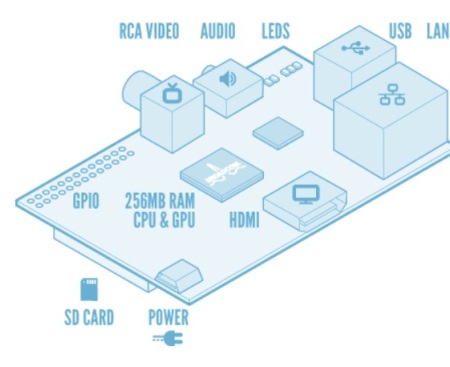 “We’re certain to be flooded by orders tomorrow when the Raspberry Pi starts selling,” Tyler who led the Seneca students that developed the software components of the computer, told ITBusiness.ca on Tuesday.

Seneca ramps up efforts to interest youth in IT

The Raspberry Foundation contracted twocompanies based in the United Kingdom to distribute the initial batch of computers numbering 10,000 units. More than 100,000 buyers actually signed up to be informed via email about the sale, according to Tyler.

“Within minutes of opening their Web sites at 1 a.m. eastern time, both sites had crashed,” the Seneca professor said.

What is actually being sold in the site are the $35-Raspeberry Pi Model B units. These are the more fully featured versions of the computer. These units include an Ethernet port and two USB ports. The computer is essentially an uncased motherboard roughly the size of a business card.

The original version, the $25 Rasberry Pi Model A, had been “reworked” to include 256 MB of RAM. That’s double what it initially had. Model A will have no Ethernet connection and only one USB port. The upgraded Model A will go into production “immediately” and will be available later in the year, the Raspberry Pi site said.

Raspberry Pi is no Apple

While many computer manufacturers are cramming their machines with as much processing power and features as they can, Raspberry Pi has taken a different approach.

While manufacturers like Apple Inc. go to great lengths to develop closed systems, the Raspberry Pi is meant to be hacked.

“It’s like the radio kits children bought years ago. It’s meant to be taken apart and experimented on,” said Tyler. “The idea is to use these computers to experiment.”

The target market is children aged 8 to 10-years-old and probably those in high school or college level. Tyler also expects the computers to be popular with computer hobbyists, enthusiasts and schools.

The original concept of the Cambridge, U.K.-based Raspberry Foundation was to develop a low-cost PC that students can use to learn computing and programming skills with. They had the hardware for it but couldn’t find researchers to develop the software component.

Eventually that task ended up with researchers and students at Seneca. They worked on fitting a “customized Fedora remix” on a 2GB SD card which can be used to boot the Raspberry Pi into a graphic user interface (GUI). This enabled the pint-sized computer to carryout basic functions such as word processing, running Internet applications, 2D and 3D graphics and playing videos.

If you break it, buy another one

The main appeal of Raspberry Pi is its “hackability” and cheap price, according to Max Abed, software researcher at Seneca who was one of the students that worked on the project.

“Today children grow up to be passive consumers of technology,” he said. “There’s very little chance to explore and find out how it works because everything is sealed up.”

Parents also are not likely to allow their children to open up their home computers to experiment with because they could break it and the machines are expensive, he said.

“With the Raspberry Pi, children can take it apart and load various applications from the open sourced Fedora which is free. If they break it, the machine is easy to replace because it’s only $25 to $35,” said Abed.

Microsoft to replace MCSA, MCSD, and MCSE with role-based certifications