By cutting the flab and offering only the essentials Dell Inc. has come up with a pair of penny-pinching, power-saving servers ideal for many small and medium-sized business operations.

Our IT department recently got hold of samples of the pair and put them through the paces of handling some of the normal data storage and systems management in our company.

“As they were configured, we found the units adequate as standalone servers. They were capable of handling most SMB-focused tasks,” said Nick Massin, IT support lead for IT World Canada.

Perhaps the only gripe Massin had about the servers was that Dell appears to have scrimped on hard drive accessibility and network interface in order to drive the price down. “I would say these servers are ideal for small businesses looking for easy-to-use and flexible servers that have a low cost of ownership,” he said. The T110 II costs around $899 while the R210 II can be had for $999. 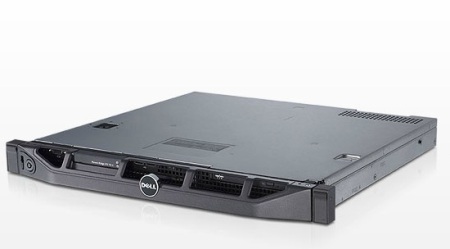 Although they come in different formats, both servers have a lot in common. They come with similar motherboards built around the Intel C202 chipset. Each machine has a socket that can take a single processor and up to 32GB of DDR3 memory in four DIMM slots. The versions we tested only had 4GB of memory.

Performance of both machines were not that much far apart although the tower server is being aimed at the lower budget buyer. For instance, the rack-mount R210 II comes with the Xeon E3-120 with four processing cores, and a clock speed of 3.5GHz. Top option for the T110 II is the slightly slower (3.4GHz) E3-1270.

If speed is not a top priority, buyers can further push purchase price down by opting for the 3.1 GHz Core i3 2100 processor or the dual core Pentium  G6000 or G8000 processor.

Both machines get the same video controller, a series of USB ports and an eSATA connector for external storage and backup. The R210 II has two Gigabit Ethernet interfaces in the rear while the tower server only has one.

Accessibility and lack of space was a potential problem in the rack mounted PowerEdge server. For instance, users need to open up the consoles to access the hard drive. It would have been easier to have the drives mounted with clips and reachable from the outside. 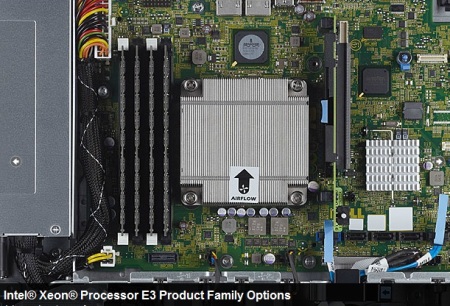 T110 II is a silent performer

The tower PowerEdge server was a notably quite machine, according to our testers. Our testers also like the zeta port on the machine which is good for high speed connection to external drives. Taking apart the machine was also easy.

“Unfortunately, the machine comes with a single network interface. There is no extra feature to set up load balancing,” said Massin. The only management option on the T110 II is an integrated baseboard controller offering basic remote management. This is no biggie for basic small office operations but it limits user’s options to booting the machine from a Windows Server install disk.

On the whole, both R210 II and T110 II servers are very capable entry level servers. Although they share some specs, the two are clearly aimed at different users.

The T110 II with its larger storage but slightly lower specs is clearly intended for the small single-office business looking for a basic sever that offers some room to grow.

The R210 II, with its remote management capabilities, would appeal more to a slightly larger organization that has multiple sites. Its compact design makes it a breeze to tuck the machine away in a small wall-mounted rack or cabinet.