Cool, comfy, competent and classy are some of the words that come to mind when you’ve tried out the Dell Latitude E6420, the company’s rugged 14-inch business laptop that boasts of a battery life lasting nearly nine hours.

Unfortunately those words are soon followed by costly and cumbersome, as all that computing power and toughness can’t come without some sort of trade-off. But despite its starting price of $1,075 and weight of about 6.2 lbs. (that includes the 1.12 lbs nine cell battery), an array of useful features and a choice of Intel Sandy Bridge chip configurations make the E6420 an enticing bargain for many business users and remote workers.

The model we tested was decked out with an Intel Core i5 processor and a nine-cell battery. Although a USB 2.0 connector but also came with an auxiliary USB 3.0 driver and an extra six-cell battery. 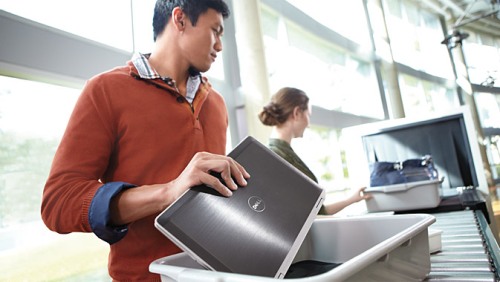 Out of the box, the E6420 exhibits an attractive but muted design. The magnesium alloy and aluminum body, its crisp lid latch and metal hinges exudes an air of functionality and toughness. The model has a ruggedized version – the E6420 XFR, which is designed to survive four to five-foot drops, but the moment you clasp the E6420 in your hands you know that this is not wimpy laptop either.

Dell classifies the XFR, which is up to spec for military use or extreme conditions, as “full-rugged.” The standard E6420 is “business-rugged” which means it can withstand most of the dings, bumps, scrapes and spills that most travel business laptops are exposed to.

The downside of this durability is added poundage. The 13.9×10.3×1.3 inch laptop clocks in a 6.2 lbs. with its nine-cell battery. By comparison a nearly similarly sized Lenovo ThinkPad T410 tips the scales a 5.6 lbs with its nine-cell pack.

The E6420 is packed with essential features a user would need to accomplish a lot of business-related tasks, whether on the go or in the office.

The unit has four USB ports, one of them is a USB/eSATA combo. Earlier reviews mentioned that the E6420 lacked a USB 3.0 port, but my tester came with an optional USB 3.0 drive. It has a 2 megapixel HD Web cam. The laptop also has VGA, ExpressCard and SmartCard slots and Secure Digital (SD) card reader, an HDMI connector as well as a DVD drive.

Other nice features include a fingerprint reader, a trackstick button for users who prefer it over a touchpad. By the way the touchpad is well placed, large, responsive, and has a nice feel to it.

Device status lights and the on-off button are well positioned for visibility and easy reach. It’s nice that the laptop’s back-up and recovery button is very easily identifiable on the unit’s screen. This eliminates the need for scrolling through menus.

It took about a mere 55 seconds for the E6420 to boot. The laptop’s Intel Core i5 processor (Core i7 is available as an option) made for satisfying game playing and video experience as there was no lag time freezing screens. 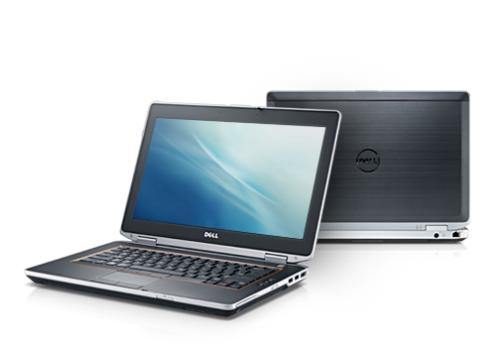 Battery life was also excellent. The battery charges up to 80 per cent in just one hour. Watching DVD movies, surfing social networks and typing up some articles, it took about 8 &frac12; hours to completely drain the laptop’s power. The E6420 also works cool and quite. The fans and vents were unobtrusive and heat from the machine, even during extended use, was negligible.

The laptop we tested had 4 GBs of memory and a maximum 8 GB capacity. The unit had 320 GB of storage.

The 14-inch screen is bright and its 1,366×768 resolution can be upgraded to 1,600×900. The images appeared sharp and clear although colours were not on the rich side. The matte screen can be comfortably use outdoors because it does not produce much glare.

The E6420’s speakers also reproduced sounds pretty well whether it was watching movies or listening to music.

Overall the Dell Latitude E6420 is a great business machine either as a desktop replacement or travel companion for the mobile worker. The configuration options make it a very flexible laptop. It is well-designed and sturdy.

Perhaps the only quibble we have is that users going for the maximum battery life would have to lug around a 14-inch laptop that weighs slightly over six pounds.